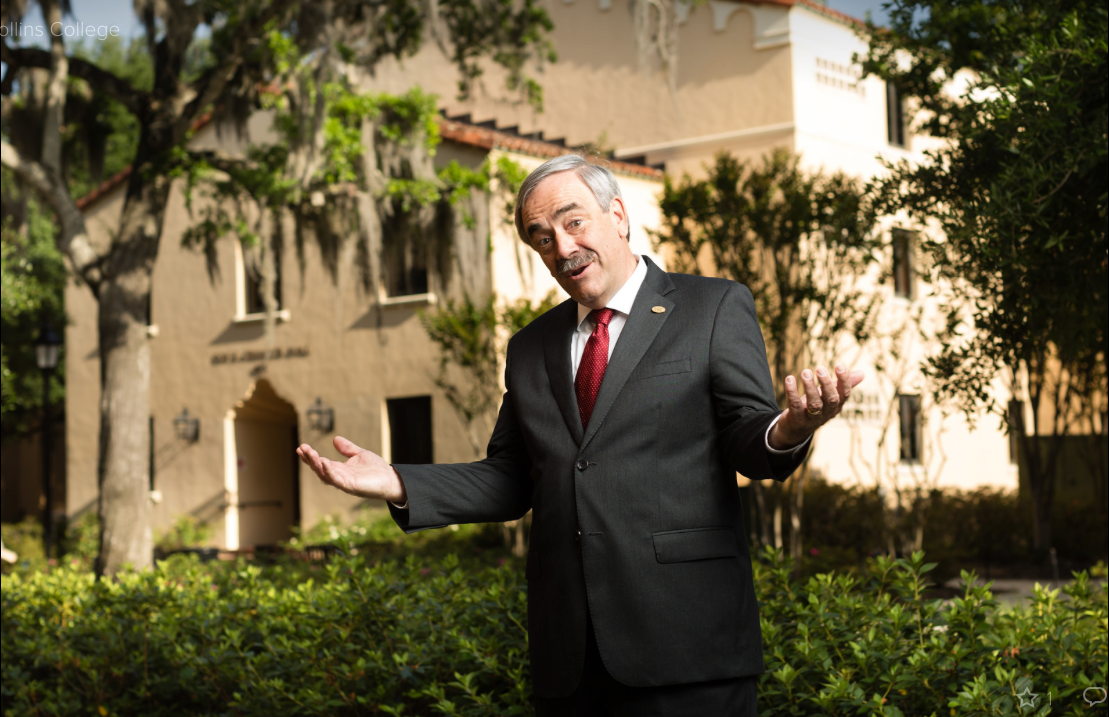 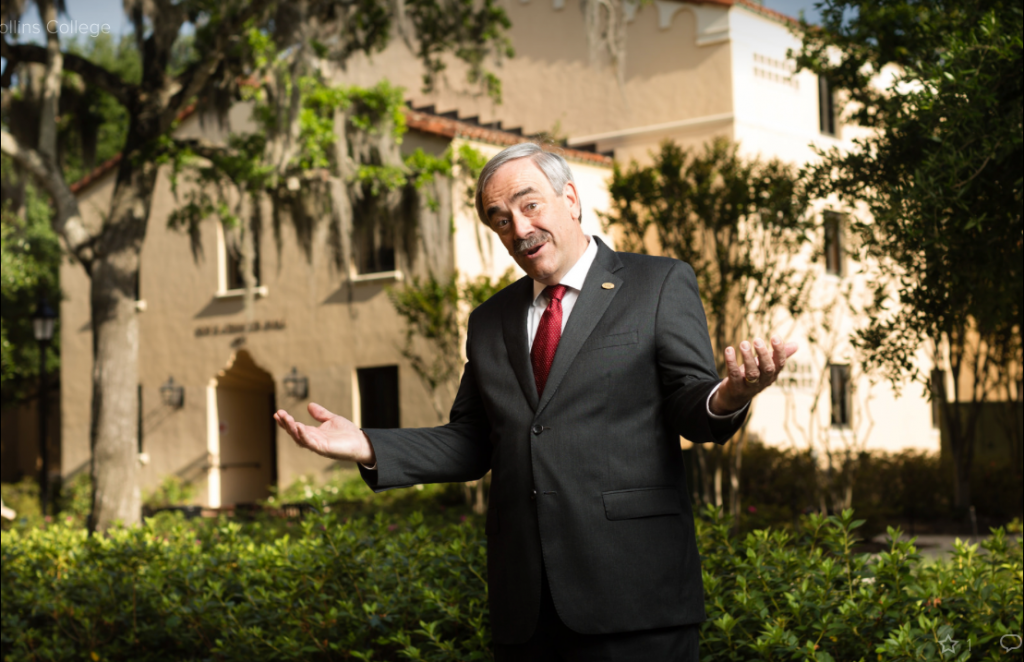 Mcallaster the new acting president of Rollins College aims for transparency and a sustainable budget.

With President Duncan stepping down over the summer, the Board of Trustees asked Dr. Craig McAllaster to take over as acting president while they searched for a permanent replacement. McAllaster has three goals for his year as president: develop a sustainable budget, ensure Rollins’ reaccreditation, and to reengage the faculty and the administration.

Last year, Rollins was faced with a four million dollar deficit.  The budget is expected to be less of a concern this year, since Rollins has the largest overall enrollment in the history of the college.  McAllaster also wants to reevaluate some of the things the college spends its money on, especially things that might not make sense any more.

“What are we really spending the money for? What is a more strategic use of the funds that benefit the institution today and tomorrow?” he asked.

Reaccreditation happens every ten years.  Rollins has to send in extensive paperwork in September detailing the operations of the college, and there will be a site visit in March.

“At the end of the day accreditation really measures: do you do what you say you do? Is it of high quality? And, are you always trying to figure out ways to improve?” said McAllaster.

It is not a secret that the faculty often did not appreciate President Duncan’s communication and decisions.  The new president is hoping to have a more positive interaction with the faculty by working on transparency and communication.

So, when I’m talking to faculty, I don’t have to kind of hold my cards close, because my goal is we all know the cards,” said McAllaster.

As acting president, McAllaster will have minimal involvement in the search for the new president. He will speak to the search team and consultants, but then he probably will not be involved again until there are only two or three candidates left in consideration. Those candidates will probably want to have a conversation with him about the status of the college.

Sadly, McAllaster evaded the burning question of when this year’s Fox Day will be.  “I was thinking about having it on my birthday . . . September 28.” But then he quickly added, “I’m going to try to be creative of when it is. But September’s too soon.”