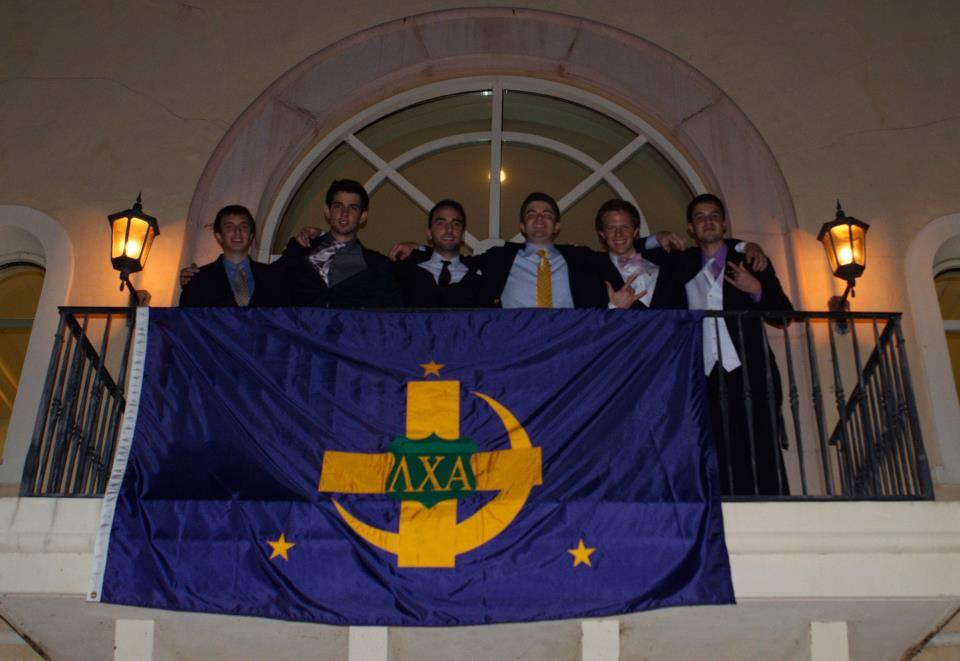 A striking 36% of the student population is affiliated with Greek life, and this semester, Rollins welcomed a new official chapter to its row of fraternities: Lambda Chi Alpha. The fraternity has roots on campus dating back to 1939 and was active until 1970 when Lambda Chi de-affiliated. After a 40-year-hiatus, the brothers decided to evolve from a local organization and re-charter in 2011. Now, after three years of hard work, garnered by alumni and campus support, Lambda Chi has successfully rejoined greek life this fall.

Our history is so rich [at Rollins]. For us to have been able to bring that back and make it overt and explicit on campus is something to be extremely proud of,” Lambda Chi president, Armando Santin ’16 said.

Santin ’16 joined Lambda Chi in 2013 as a freshman, and his first challenge was joining an organization that was still a work-in-progress and not an official chapter; despite those reservations, Santin ’16 jumped on board and reveled in the opportunity to mold the fraternity from scratch. A second challenge came with meeting the standards of Lambda Chi’s national headquarters and growing to a 40-member organization.

“The only standard we had issues with was getting the numbers,” Santin’16 said. “We’re on campus with four other fraternities that are well established and huge; some of them have roots that go back a hundred years on this campus. We had to prove to the school and nationals that we could compete with them and be sustainable.”

With increased membership, it became easier for Lambda Chi “to have brothers at community service events, to raise money and to have a presence on campus.” This past July, the chapter was recognized for their high degree of campus involvement at the Lambda Chi Alpha General Assembly & Leadership Seminar in Arizona. This academic year, the the fraternity was also awarded group housing in Elizabeth Hall due to their community commitment.

“It wasn’t just pure hard work on the part of the brothers,” Santin ’16 notes; “there was help from the outside too.” Such sororities as Delta Zeta and Kappa Delta were instrumental in helping spread awareness by co-sponsoring philanthropies with Lambda Chi. Santin compares running a fraternity to “running a business,” and the alumni advisory board carried some of the heavy load by dedicating time away from their careers and families to propel the re-chartering process.

Under different circumstances, if I had joined an already active chapter, it would have taken me a lot longer to get to know [my brothers],” Santin  ’16 said. “Times of adversity really do bring out a person’s character, and going through these tough times with my brothers, has really helped me see them at a deeper level.”

Being a part of an official presence on campus, Santin ’16 wants his brothers to “officially start making a difference” by not just “becoming the best chapter at Rollins [but] the best Lambda Chi Alpha chapter in [their] fraternity.”

“There is just a special level of satisfaction that comes with being a chapter once again; there is a greater sense of permanence,” Santin ’16 said. “This is not the end of the line; we reached a peak by chartering, but behind this peak lays an even bigger one, and who knows how tall that [will be].”