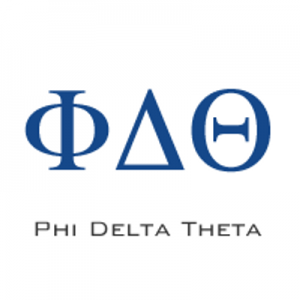 In the early nineties, I was winging my way to Los Angeles while reading an airline flight magazine feature on Earl G. Graves, Publisher of Black Enterprise magazine. I was en route to meet with a number of automotive manufacturing C.E.O.s. I’d been warned that one of my ports of call would include an intentionally unmarked building housing the top secret “Channel Two” Mazda project. My thoughts went to Dave Power, who had given me my start by adding me as a member of his J.D. Power SuperDealer Roundtable. My obsession with the quality methods of Philip B. Crosby (former Rollins professor, trustee, and parent) opened a lot of doors for me leading to my being chosen to run the first Philip Crosby Associates automotive practice worldwide created for me with a reference from the founder himself.

I finished the Earl Graves feature and thought to myself how Crosby’s quality management methods could wring costs out of Earl Graves’ operations while teaching his employees to “do it right the first time.”  Better still, my last name would be a great door-opener!

A month later, Earl Graves shook hands with me in his office and apologized about having to take an important phone call.  Moments later, Earl acknowledged that the call had been from The White House and that one of the reasons he’d agreed to meet with me was that we shared a last name!  Hardly a candidate for a confession delivered from a coffin.  But, that’s exactly what Earl Graves did as a student at Yale in a local fraternity,  Skull and Bones, almost as old as I.K.A., the Trinity College local fraternity that included my proud father as a member.

The fact is that drinking, hazing, etc. have absolutely nothing to do with the founding principles of any of these national and international fraternities.  And the only reason that these organizations maintain secrets (handshake, password, etc.) is that people would not respect them otherwise. I was repeatedly asked to spill my Phi Delta Theta secrets after serving as president of Rollins’ Florida Beta chapter of Phi Delta Theta. I never did.  My father never gave up the secrets behind Delta Phi.  He was eventually appointed Executive Secretary for Delta Phi. What instills that kind of loyalty?

Quality.  I received four bids to join Kappa Alpha Order, Sigma Phi Epsilon, Tau Kappa Epsilon, and Phi Delta Theta.  Friends of mine marveled at how a shy high school student (I got over it!) blossomed immeasurably at tiny Rollins College while attracting so many bids. I was very friendly and helpful. I volunteered for everything. I studied hard. I had a blast without having to overindulge. Ever.  With small classes and mentoring that could put Stanford to shame, how could I not succeed with six job offers in six tries and a starting income out of Crummer that rivaled what Harvard M.B.A.s were earning.  My back was erect as I walked around the campus. I knew where I was headed and looked as if I knew where I was headed.  With far fewer rules and regulations, Rollins professors C. LaRue Boyd, Wilbur Dorsett, Ross Evans, Ed Granberry, Crew Coach Jim Lyden, and others mentored me.  Past Rollins presidents, Jack Critchfield and Thaddeus Seymour, agreed to be my career references.  I knocked on doors.  I taught a new Electrolux recruit how to get in doors in 24 below zero weather rather than the 35 below temperature of the night before. I didn’t take shortcuts. I became a reliable brand. You can, too.

But not if you’re binge drinking to excess, hazing recruits, or gang beating people! The six suspended Rollins fraternities have an admissions component.  All national and international fraternities have one. Over many decades, I’ve attracted countless prospects to Rollins by following Dave Erdmann’s (former Rollins Dean of Admission and Enrollment) immortal words…We’re looking for prospects who can do the work and contribute to the college.

All of us in the Rollins community need to come to grips with the fact that some of the wrong people have slipped through our admission processes.  Rollins has NEVER…I repeat…NEVER been known for gang beatings.  In fact, both East Winter Park and Rollins have both suffered gang beatings just recently.  The Winter Park student was actually beaten TO DEATH.

I cannot stress enough that fraternities have an admissions process.  When I was president of Phi Delt, we actually relied on oral references before choosing new recruits. We were considered the top fraternity at Rollins at that time. Obviously, all six fraternities are woefully deficient in this area in 2017.  And that includes mine.

Finally, these infractions are learned behaviors that should have been corrected years before these students entered college.  No one starts beating people for the first time because they walked through the front door of a fraternity.  As I tell my Business Ethics students, “This course should have been taught to you by your parents when you were young children.”

If you think that the presidential oaths taken by President Obama or President Bush were jokes, then you won’t understand what a fraternity initiation is about. There’s no need for these national and international fraternities to change their founding principles. What’s needed is for Rollins fraternity presidents to make certain that their chapters are following their fraternities’ founding principles.  The organizational chart for a fraternity allows members to learn how to lead, build consensus, plan events, collect dues, etc.  You’re welcome to contact the founder of Dropbox who swears he learned how he did what he did by reading business books on the roof of his M.I,T. Phi Delta Theta fraternity house.  One of the greatest days of my life never would have happened had Tessie Swope ‘08 decided not to ask for funds at the Rollins Phi Delta Theta fraternity meeting I attended. I surprised Tessie Swope and her V.P. Rebeca Montaner with $52,700 in one night at my Annie Russell Five Stones Project benefit in 2008.  Tessie was honored as Winter Park’s youngest ever “Key To The City” recipient. Did I mention that Tessie woke up screaming into her dorm phone when Paul Newman dropped $10,000 on her?  You can do these things too!  Tessie was an independent. I was the Chapter Advisory Board Chairman for the Florida Beta chapter of Phi Delta Theta and a former president of the Rollins Phi Delt chapter as a student.  That combination led to magic!  As Oprah likes to say, “Preparation meeting opportunity.” Are you prepared?

Will Graves ‘77 ‘78 is Chairman Emeritus of Graves’ Quality Chrysler in the Washington, D.C. metro area where he was a board member at Children’s National Medical Center. (Named one of the top 100 boards in America per Worth magazine.) He is a 43-year Rollins volunteer.