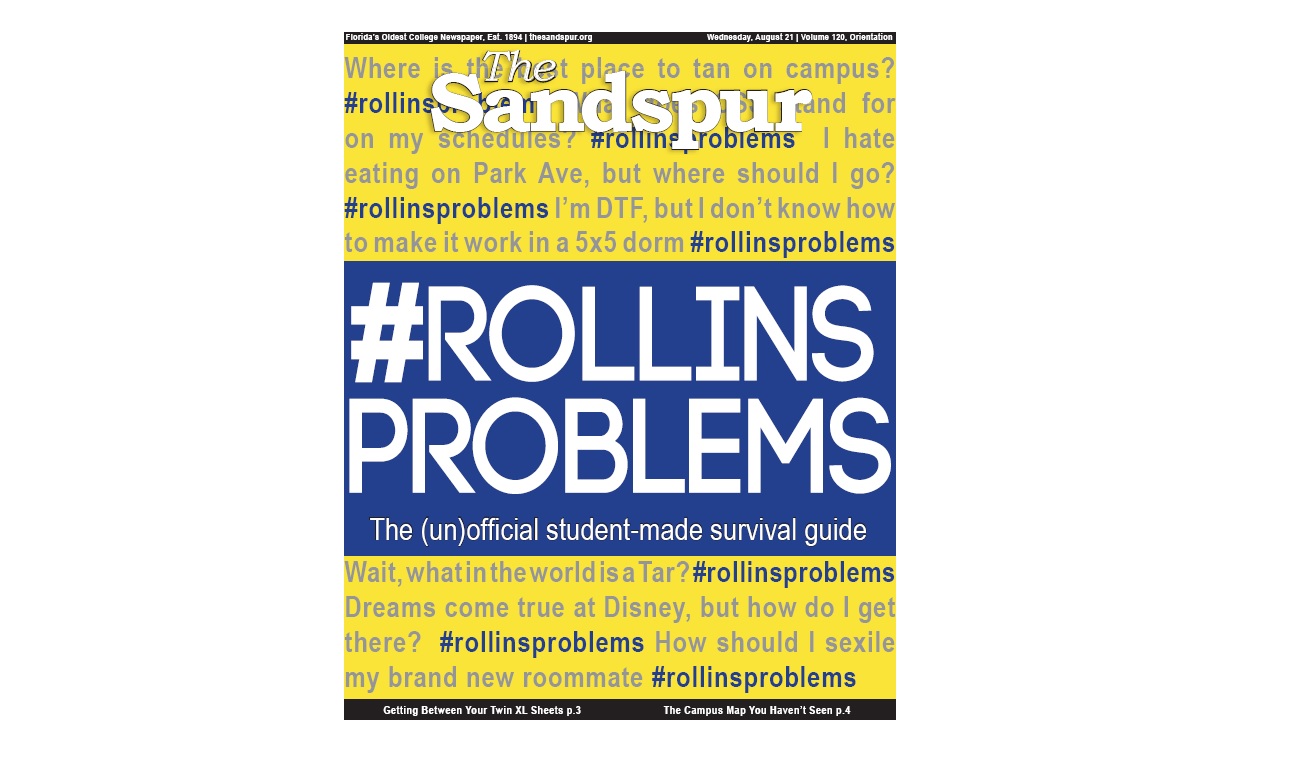 [information]This article is in response to the Fall 2013 Orientation Issue of The Sandspur.[/information]

I have written as a Freelance Writer in The Sandspur since my first day of classes at Rollins on January 16, 2012. I have continuously voiced my opinion against the status quo, informed the community and have been present recurrently as an irreverent and risky writer. That is why I remember with nostalgia the first issue I wrote. It was educated. It was informative.

I recall writing an article about the decline of Literature, and collaborated with Amir in a recount of what was going on in international affairs. There were also articles about US politics, Liberal Arts being in peril, Erin Brioso’s provocative reflection about the MLK vigil, and even articles on the Immersion trip, and the Habitat for Humanity collaboration during Winter Intersession 2012. However, what I found in this year’s orientation issue was not what I was expecting.

In this Fall Orientation’s issue, I found disrespect towards women in the Sexperts column, which Gaby Cabrera points out in her response, and a judgment of value against McKean Hall, which Tasha touches in hers.

If you are a first-year student and this is what you read in your campus newspaper, then you are already getting a preconceived notion rather than forming your very own opinion a posteriori. A newspaper that uses satire recurrently and as the most common denominator in tone, should watch out. That is, evidently, because if laughter becomes laughable, that is when the joke will become serious. Referring again to Kundera, only what has weight and is of necessity has value.  There must be lightness, yes, but not in excess. Gravitas is necessary for communication, especially if it strives to inform.

I congratulate other informative articles such as the LYNX guide and the Disney Rundown, which are of help to the community. But I hope the upcoming issues will stop this certain misinformation to the student body. I also hope that the students that submit their articles for the sake of informing the community will get theirs published, and not rejected. People that have the possibility to do good – especially by writing – have the moral imperative to do so. Accordingly, I will continue to write for the sake of information and journalism.

By writing these responses, Gaby, Tasha, and I are acting proactively to change what we consider should be for the betterment of Rollins. I will continue to provide not only my voice, but also one of the students that is here for something more than an exaltation of shallowness. The Sandspur has to get better, and my diagnosis is not new. It has been a persistent topic of conversation with my friends, professors, and colleagues voicing this concern. Thus, I am here asking, as a potential journalist:

Why is it that the Rollins student newspaper is not representing our voice?

And I – respectfully – demand an answer.