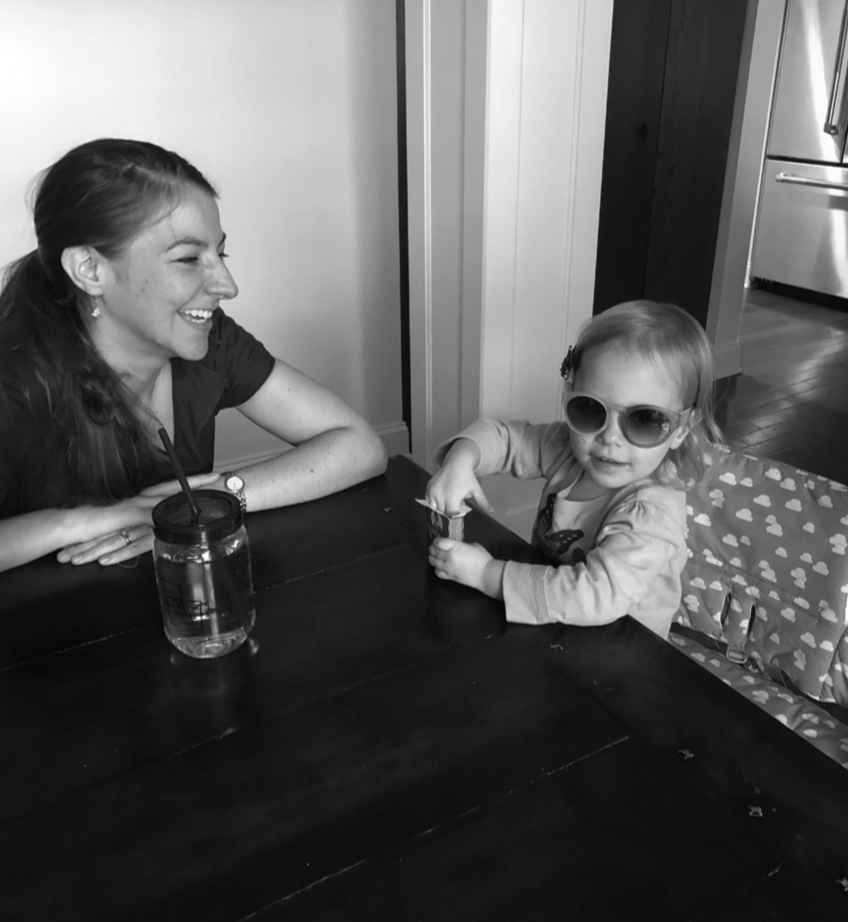 Walking into some freshman dorm rooms can be frightening.

Often, clothes are strewn on the bed, smelly sneakers are tossed in the corner, and rotting fruit sits in the back of the fridge. Students are up late, roaming the halls and reenacting scenes out of the 1978 film “Animal House.”

Amongst this chaos, it is hard to imagine a professor willing to live alongside their students, but for Dr. MacKenzie Moon Ryan, it is an opportunity to help students integrate into the community in a more intentional and interactive way.

The assistant professor of art history lives on campus in Ward Hall, one of four first-year residence halls on campus. She lives with her husband, two-year-old daughter, Imogen, and their friendly cat.

Although living in a freshman dorm hall does not attract every professor, Ryan viewed it as an opportunity to connect with younger college students on a more personal level. As the only professor who currently resides on campus, she teaches Rollins College Conference (RCC) classes, the courses all freshman are required to take in their first semester.

There are no financial costs to live in Ward Hall for the Ryan family; however, she is expected to cultivate a sense of community for first-year students through interactive programs.

Ryan did this by passing out popsicles to students as they settled into their residence halls on move-in day. Furthermore, she organizes weekend activities like late night baking contests, Saturday Night Live viewings, and tours of her apartment.

Ryan hosts open houses occasionally, in which Imogen enjoys giving students tours. When Imogen is not in the apartment with her parents, she loves exploring campus, eating fresh fruit from the college’s urban farm, and greeting passersby. She also loves riding the elevator to the fourth floor to look out across Ward Hall’s beautiful view of Lake Virginia.

Students recognize all that Ryan brings to the table. Those who cross paths with her and her daughter draw immediate smiles and are excited to strike up a conversation with them.

Ryan and her family are expected to move out of their Ward apartment in 2021, to make space for the next professor. Before she began living in Ward Hall two years ago, multiple other professors have occupied the space.

Rollins is not the first institution to incorporate faculty living with students on its campus, and Ryan is not to the first to do so at Rollins.

Dr. Mike Gunter, professor of political science, lived in Ward with his family 12 years ago. The memories he made in Ward were notable. “Three or four that come to mind was when a world class banjo player came to the lobby during lunch. The Central Florida Astronomical Society is another one. We also went to the fourth floor for a viewing party for the Academy Awards. We did a few series of PBS frontline specials,” said Gunter.

Although his commute now includes heavy traffic and long stoplights, at least he does not have to worry about the fire alarms.