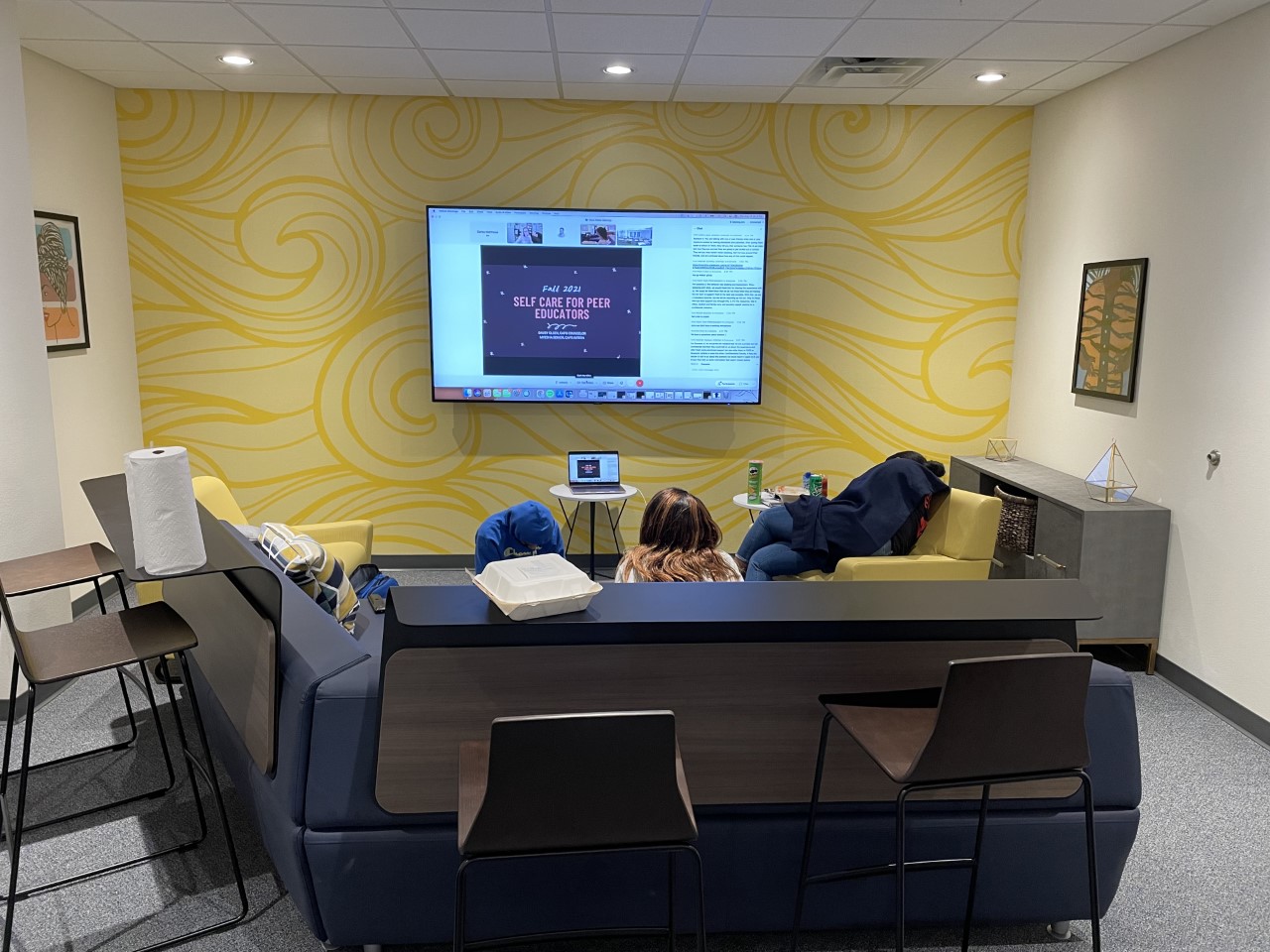 The Lucy Cross Center for Women, Gender & Sexuality has found a new home within the Lakeside Neighborhood.

The center will now be located in the Lakeside Neighborhood on the first floor, directly across from the new C-Store. This move follows years of temporary locations for the center, such as in Kathleen W. Rollins Hall and the Sutton Apartments lounge.

The center originally opened in 2010 and was envisioned as a welcoming hub for community members who promoted social justice and the establishment of social justice networks. As of 2021, the original vision still stands; however, it has been remodeled to be more inclusive.

Abby Hollern, the director of the Center for Inclusion and Campus Involvement (CICI), noted that, when the center first opened, its name reflected national trends of women’s centers at institutions of higher education.

“We knew that it was important to change the name because we needed to better represent gender as a spectrum and that our Lucy Cross Center is not meant to exclude anyone based on gender identity, especially our trans or gender non-conforming students,” said Hollern.

The center has previously worked with the Sexuality, Women, and Gender studies (SWAG) department on events and to help students apply for internships. The new center name was intentionally created to sound similar to the SWAG program.

“We worked with their current director Dr. Ryan Musgrave, and their former directors, Dr. Margaret McLaren and Dr. Kim Dennis, to make sure that everybody understood and was on the same page with the name change so that we could symbolize the similarities in the support that we provide,” said Hollern.

Over the course of the coming year, the department will be hosting various events, including ones that are new or reimagined. Once a month, the center is planning to host women of color lunches corresponding with each heritage month.

In addition, there will be faculty and staff presentations every Friday, which will be titled Lessons with Lucy.

Another event being planned is a Pulse memorial, meant to recognize the 49 lives lost within the Orlando and LGBT+ community at the Pulse nightclub shooting. The event will take place on Oct. 12, National Coming Out Day.

With the opening of the new center, there will now be a new, permanent, and central hub for the campus community. The space is open 24/7 via R-Card.

“We have couches and a TV and board games […] It’s a great study space and space for the community,” said Sam Vega, associate director of CICI.

“Every single student on campus is welcome, and we hope that they come to a program or get involved,” said Hollern. “Everyone is welcome here.”