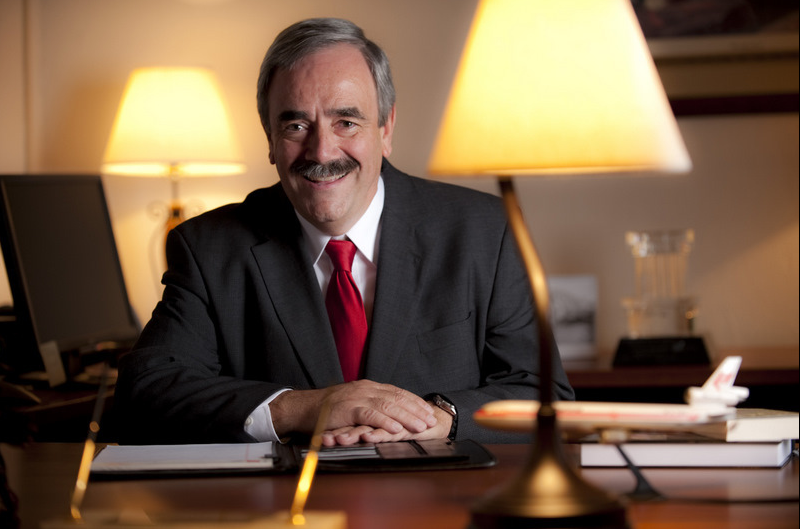 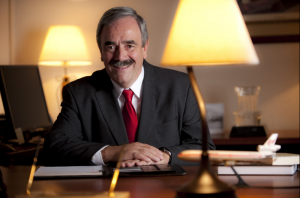 Dr. Craig McAllaster, last year’s interim president at Rollins College, has taken on the role of Interim Vice President of Academic Affairs and Provost. He is also teaching two courses this year for doctoral students, including one on leadership.

Before serving as Interim President and Interim VP of Academic Affairs and Provost, McAllaster was dean of the Crummer School of Business for 14 years. After President Lewis Duncan stepped down, McAllaster was tapped to take the position for an interim year until a permanent replacement was found in new President Grant Cornwell.
He is pleased with Cornwell’s presidency so far.
“I’m very happy. . . He is very receptive to ideas and thoughts, and that’s good,” said McAllaster.
McAllaster joked that President Grant Cornwell talked him into the Interim VP of Academic Affairs and Provost position by asking over and over and by taking him and his wife out to dinner.
“I think he stopped counting how many times I turned it down,” joked McAllaster. “It’s not a job I would solicit or ever go for.”
McAllaster said that it is probably helpful for the new president to have on staff someone who has done the top job before. He described the position as being “the right hand person of the president,” with his main function this year being to help “provide this transitional leadership.”
In his time as interim, McAllaster’s goal is to get everything organized for the next person who takes the position—a search committee is currently being formed to find a new provost. In particular, McAllaster is trying to organize all of the data analytics needed to do the job properly.
“My biggest goal for this year is to make sure that when the new provost comes in . . . everything will be neat orderly, you can just pick up and run with it,” he said.
Though his current job focuses on details and analysis, the job of interim president focused on the bigger picture. His goal of organizing things for his successor is something he has had in mind for both interim jobs.
When asked which interim job he enjoyed more, he laughed and said, “It was more fun being the president.”
As Interim President, he handled campus-wide issues and spent time on different parts of the campus instead of just analyzing things in his office.
“The most fun I had was interacting with students,” said McAllaster.
He said there is nothing he would change from his interim year as president; however, he admits that part of that might be because he knew that he only had the office for a year.
“It was fun, but I think part of the reason it was fun was that there was a beginning and an end, and I had very definitive goals and the goals were things that were doable within the year.”
His goals included reducing spending in the Cornell Initiative Funds, fixing the budget deficit issues, making sure re-accreditation went smoothly, reintegrating the business programs, and increasing communication and trust with faculty.
“I think we accomplished all of those,” he said. “It’s nice to get in a job that’s that big and be able to see those things get done within a year.”
After this year, McAllaster gets a yearlong sabbatical. He has not taken one yet despite serving at Rollins for 16 years.
During his sabbatical, he wants to write a book (potentially on his one year presidency) and articles. He hopes to return to the Crummer classroom to teach.