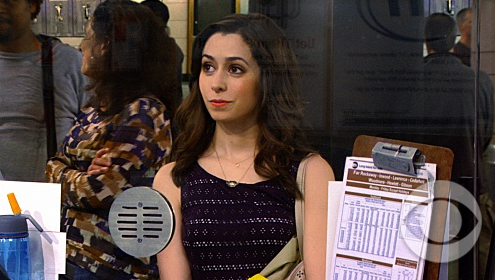 “How I Met Your Mother” Keeps Quest for Mother Fresh

The final season of CBS’s award-winning, popular sitcom, How I Met Your Mother has begun, and the three episodes that have aired so far have not disappointed. The sitcom follows a group of friends living in Manhattan, the plot centering on Ted Mosby, and his story of how he ends up meeting the woman he marries (he recounts these events to his son and daughter, hence the show’s title). Ted’s group of friends is anything but normal if not borderline insane, but over the years they have become family.

Ted Mosby is an architect who moved to New York in 2005 with his friends from Wesleyan University, Marshall Erickson and Lily Aldrin. In New York, he meets Barney Stinson and Robin Scherbatsky, and the two become part of the group. The friends are often found drinking at their local bar, MacLaren’s and are frequently caught in odd and inappropriate situations, which are recounted in the form of a story. The show is heavily reliant on recurring themes such as Ted trying to find “The One” (and subsequently how these events led him to eventually meeting ‘The Mother”), Barney being a sociopathic, serial playboy, Robin’s secret Canadian teen pop-star past, and Marshall and Lily’s relationship. Each individual character’s personality contributes equally to the plot, and we see their personalities develop significantly over the seasons.

The Season 8 finale left us wondering if Barney and Robin were truly going to get married, if Ted would go through with his plan to move to Chicago, and if Marshall and Lily would actually end up moving to Rome. By the end of the episode, we finally see who the mother is, and we are assured that Ted would finally meet her – and that the last 8 years of trying to figure it out weren’t for nothing. The other character’s destinies were still very much up in the air.

Season 9 has been slightly different than expected. On the positive side, we finally have seen who the mother is, and it is ironic that she befriends a panicking Lily on the train to Barney and Robin’s wedding. The more we learn about the mother, the more we find that, unlike the multitude of other girls he dated, she is a perfect match for Ted. With just 52 hours left until the wedding, Barney and Robin are beginning to get pre-marriage jitters and are desperately trying to salvage their chemistry before it fizzles – by playing a game called “Sex in Random Places” (could we expect any less from Barney Stinson?). Marshall is still on the road to the wedding with this random lady, Daphne, and his son, Marvin, and he doesn’t look like he’s getting any closer to his destination. Ted, being Ted, is up to his usual dramatics that often create tension within the group and scream “I need constant attention.” In an effort to avoid Barney, he has created a list of things to do in New York before he leaves for Chicago. Of course Lily finds the list and brings up the real (and obvious) reason that Ted is running away to Chicago – he is trying to avoid the reality of the situation, that his best friend got Robin, whom Ted has been in love with since day one is marrying someone else.

The season has been living up to its expectations but there are two slight issues that will hopefully be resolved within the next few episodes. First, I did not expect the wedding to be so drawn out, and hopefully we will get to see it soon, rather than being teased with the hours that are leading up to the actual event. Second, of course we’re going to have to wait the entire season to see how Ted and his wife finally come together. It’s so frustrating to know that he’s this close to meeting his future wife yet he’s talking about disappearing off to Chicago. I’m eager for Ted to stop whining about Robin and start being a bit more supportive to his closest friends, especially during such an important event in their lives. Hopefully that will happen once he (finally) meets his soul mate.