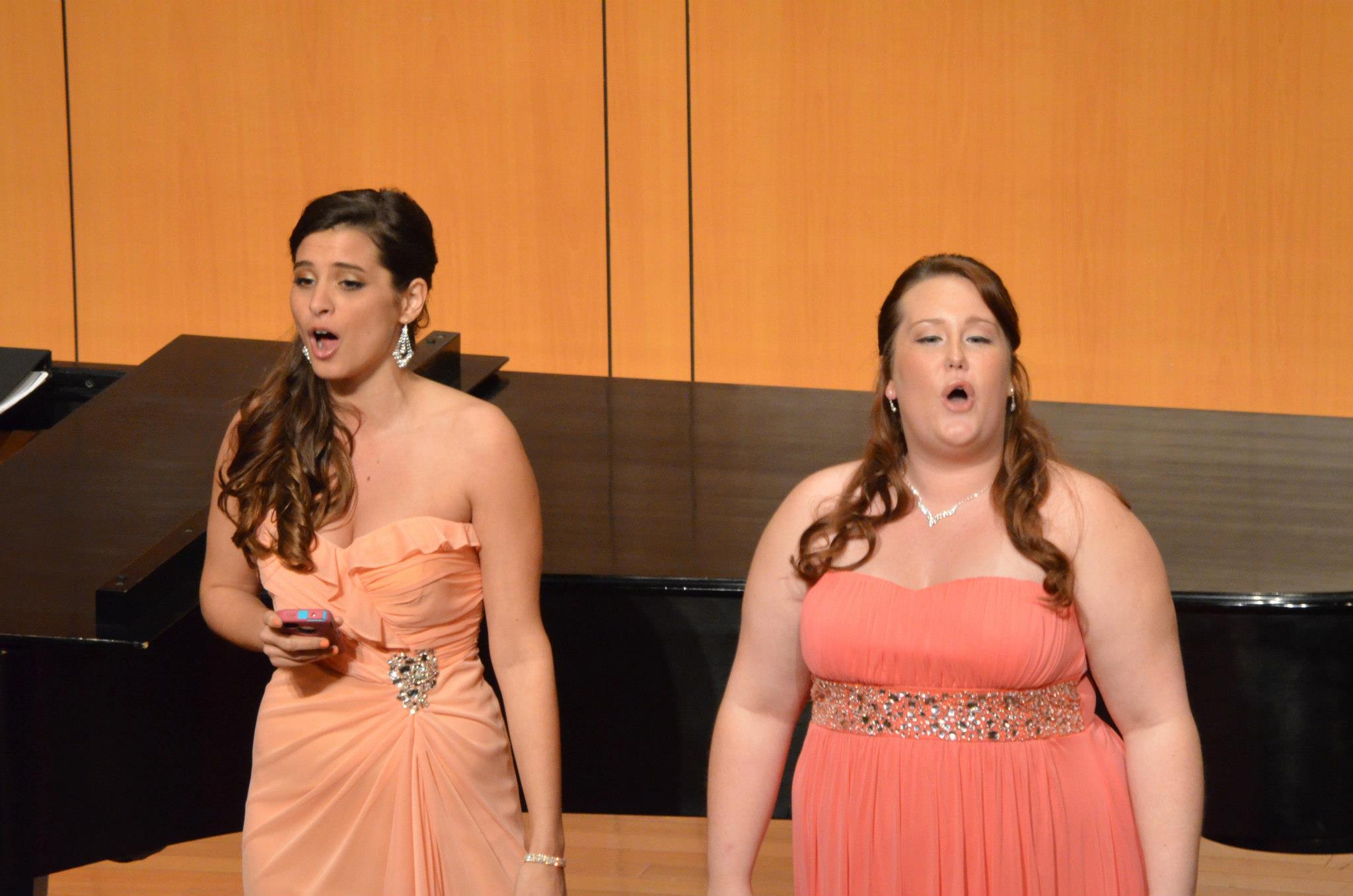 Featuring a stunning vocal performance by duet partners, the music recital put a modern spin on a musical classic.

This weekend featured another amazing junior recital out of the Rollins College Music Department. This one featured Emily Newton ’14 and Alexandra Martinez ’14. Their program featured some amazing pieces and featured the two sopranos’ voices spectacularly. Singing in French, English and Italian the two performers alternated their showcases; beginning and ending the show with incredible duets.

The opening of the show began with the ladies proceeding on stage and Newton dictating a letter to Martinez, singing of course. The funny twist the performers adopted for the song was not that Martinez was sending a letter, but that she was sending a text message, throwing a modern twist on the classical Mozart piece “Sull’ Aria” from La Nozze de Figaro. Newton’s amazing voice and emotive engagement of the audience was showcased with her middle piece “Ah! non creda…Ah! Non gunige.” The aria featured the ups and downs of the lovesick character which Newton captured with excellent poise and accuracy. From sad to happy, Newton takes you with her on the roller coaster ride of love and opera.
Martinez had some particularly interesting pieces that she showcased, including “Vocalise” which featured a cello accompaniment and was sung completely on the syllable “oo”.

Showcasing their amazing music talent, they were met with a standing ovation, wondrous applause, and roses from their families.

Additionally, Martinez was able to perform a piece written by Rollins’s own Dr. Crozier. She said, ““I felt extremely honored to perform Dr. Crozier’s piece [“The Rainbow Comes and Goes”] for this recital. Not only is it special that he is my teacher, but it is an incredible experience being able to work with the composer on the song in preparation.”

She was thrilled to step outside her comfort zone and perform this unusual piece for the recital.

“Taking risks is what life is all about, and I am glad that we did on that one,” Martinez said.

Working with her partner Newton was equally enjoyable for her. “This musical experience was like no other because of the love and support from my fellow peers and faculty. Working together with my best friend Emily over the past few months has made it simple to enjoy and been an amazing journey for us. I would say that we both grew a lot musically and friendship wise from this.”

The ending duet was “You’re The Top” from Anything Goes which featured the magnificent voices intertwining and harmonizing in perfect pitch. Showcasing their amazing music talent, they were met with a standing ovation, wondrous applause, and roses from their families. The performers represented the Rollins Music department with utter grace and eloquence and they are only in their Junior Year. I can’t wait for their Senior recitals next year.