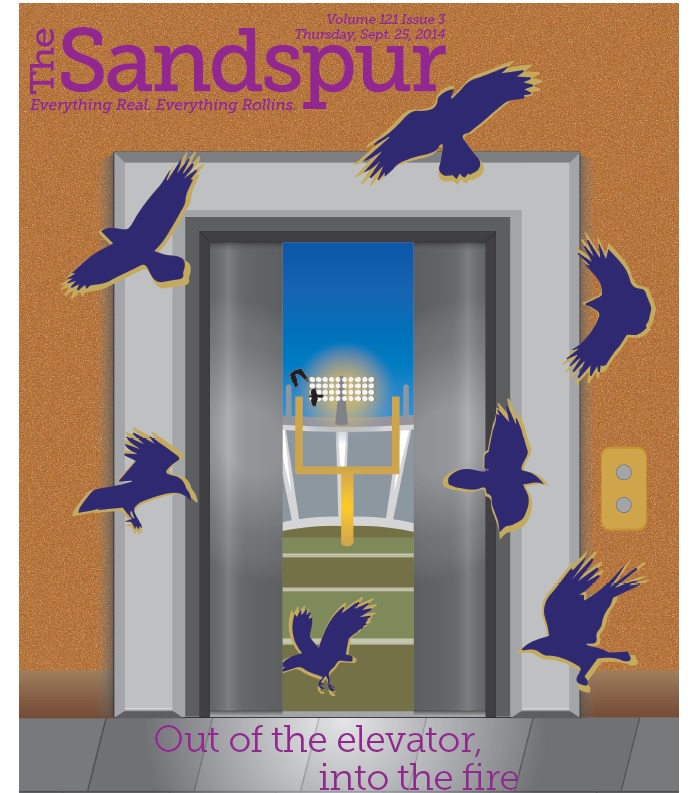 Whether or not you consider yourself a football fan, chances are you have heard one of these three names debated, defamed, and/or appealed on both sports and national news networks: Ray Rice, Adrian Peterson, and Jonathan Dwyer.

What do these names have in common? All three men are players for the NFL and are facing charges of domestic violence, most notably former running back for the Baltimore Ravens Ray Rice, who was seen knocking out his then-fiancée now-wife Janay Rice in an Atlantic City hotel elevator in February. Video surveillance footage shows Rice dragging his unconscious wife’s body out of the elevator after knocking her down to the floor.

Fast-forward through a flurry of botched disciplinary attempts by the NFL’s misguided efforts to treat off-field offenses as if they were on-field violations and you have a major brand in full-fledged crisis mode.

Ray Rice’s fine-tuned public apology did not help matters, in which Janay Rice also apologized for her equal blame for her own domestic abuse in front of their daughter, sparking a widespread “Why I Stayed” campaign on Twitter.

The campaign underlined the many psychological reasons battered women continue to stay in abusive relationships. These reasons range from, but are not limited to, fearing for their own lives and the lives of their children, lack of finances, religious and cultural values, and low self-esteem.

According to the National Intimate Partner and Sexual Violence Survey, twenty people per minute are victims of physical violence by an intimate partner in the United States, with nearly one in two women experiencing sexual violence victimization at some point in their lives.

Pair this with the scathing criticism regarding Covergirl’s refusal to drop their NFL sponsorship, “Get Your Game Face On,” in which the power of the meme was once again cemented with a realistic black eye photoshopped onto a model’s face, and you’re forced to come to terms with a difficult question: Does the NFL truly care about the issue of domestic violence and abuse? ​​​​​The answer is no.

Sports fans have become blinded by the glamour of high-profile athletes and allowed them to enjoy an extra legal  privilege outside the justice system. Had Ray Rice not been blessed with athletic ability, the video footage of his potentially fatal assault against Janay Rice would have been grounds for incarceration without bail. Instead, he was covered by a multibillion dollar industry that would rather save face than do the right thing. President Dick Cass and General Manager Ozzie Newsome did not terminate Rice’s contract until the full TMZ video footage was released.

This is not only a clear admission of selfishness for their own team’s finances, but also a confirmation that the NFL places capitalistic success ahead of the safety of Janay Rice and every other battered woman in the United States, making it appear that getting away with domestic violence is really just that easy.

Even more appalling is the way in which NFL commissioner Roger Goodell conducted the interview regarding the domestic violence situation with both Ray and Janay Rice present. A press conference in which a victim sits right beside his or her attacker is not a valid interview, it is a hostage situation. This press conference’s purpose was to coerce Janay Rice to take blame for her assault and to plea for husband’s innocence and credibility. The conference gave Janay Rice no leeway in which she could express her true opinions, at the risk of possibly being beaten again by her husband. Under no circumstances would this kind of behavior be acceptable in a court of law in which civilians were being tried for the same crimes.

Furthermore, Ray Rice’s apology was not an act of contrition, but a performance. A self-serving promotional conference in which he attempted to build himself back up and attempt to protect his own career and money rather than own up to the truth in front of his own child. The NFL’s handling of this situation has rendered watching football this season into a tasteless, violent habit that points to almost total misogyny.