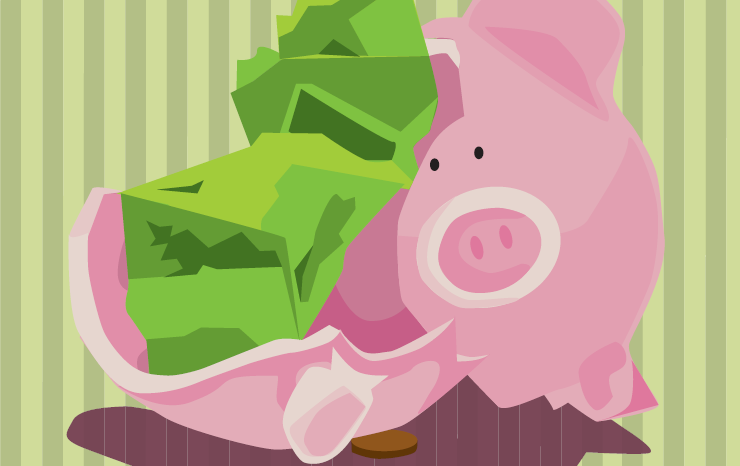 Where Oh Where Did the Money Go?

This year, Rollins has a four million dollar deficit. Assistant Vice President, Finance Bill Short presented to the Finance and Service Committee and the faculty over the last few months about this deficit. (A copy of that presentation is embedded below). According to him, the annual budget is around $100 million, so the school is about 4 percent short. In that recent faculty meeting on the budget, it was made clear that the administrators are not worried, that the deficit will be made up soon, and that no specific part of the school is at fault.

As presented by Short, Rollins is a tuition dependent model: approximately 64 percent of the budget is dependent upon student tuition, and 68 percent of the tuition the school receives comes from the undergraduate school. Part of the budget problem stems from the fact that enrollment is down in all three academic programs—CPS, Holt, and A&S. This year, the incoming freshman class was 479 students. Last year it was 518. Our ideal class size is 480. Not only were there fewer freshman, but there were more who opted to live off campus. Due to its tuition dependent model, Rollins needs more students who are willing to pay full price.

In addition to that, more students are studying abroad than ever. Though this is good for academics and cultural awareness at Rollins, most of the study abroad students’ tuition goes to the schools they are studying at; over 80 percent of the tuition paid goes to the foreign schools. These students also do not occupy dorms or use meal plans.

Also, in 2008, Crummer had 427 students, an all time high. Now, Crummer has only 243 students. Part of this problem comes from companies not offering MBA programs and the overall economic downturn.

Compared to other schools in the area, Rollins’ discount rate and financial aid is relatively low. Rollins has also increased smaller scholarships and has begun to give out fewer full rides. This makes it difficult for Rollins to distinguish itself from other academic programs, especially for the Holt school. Holt enrollment this year is down to 813 students; last year it was 879.

Another problem is that though Rollins receives many donations from alumni, most are directed at certain “pet projects” and additional extracurricular activities; they do not help with the overall budget. In addition, some things that the Rollins budget cannot control that have gone up include legal fees, software updates, healthcare increases, and general utilities.

Rollins has also had an increase in administrative positions and spending, with hardly any spent on faculty. Head of A&S faculty, anthropology Professor Carol Lauer said, “As you might suspect, we are not happy. We have asked for a breakdown of where the money has gone and should have some data in a few weeks. Increased spending on administration appears to be a national trend and one that few colleges can afford. We really need to know, however, exactly where the money has gone before we can react constructively.”

No one department or aspect of Rollins is to blame for the deficit.

Lauer continued, “As for spending too much money, you can blame who you like depending what you value. You could argue that we should spend less on mowing the lawn or on printing supplies. Seriously, most of the college’s expenses are related to personnel but to blame one school or program does not make sense.” Though no one department is to blame, the deficit may be partly related to the creation of CPS.

Although no plans are officially in action to increase revenue, the faculty are holding two colloquia in the next few months to determine suggestions. These meetings will discuss important things such as raises, cuts, and planning for future budgets. Most of the budget issues should be addressed by April.

This years’ deficit of four million does not seem as big when it is considered that it is only four percent of our overall budget.  This four million will be covered by contingency funds, and can easily be managed for this year.  The problem lies in the future.  As Lauer pointed out, “The bigger issue is for future budgets, and no decisions have been made about those.”