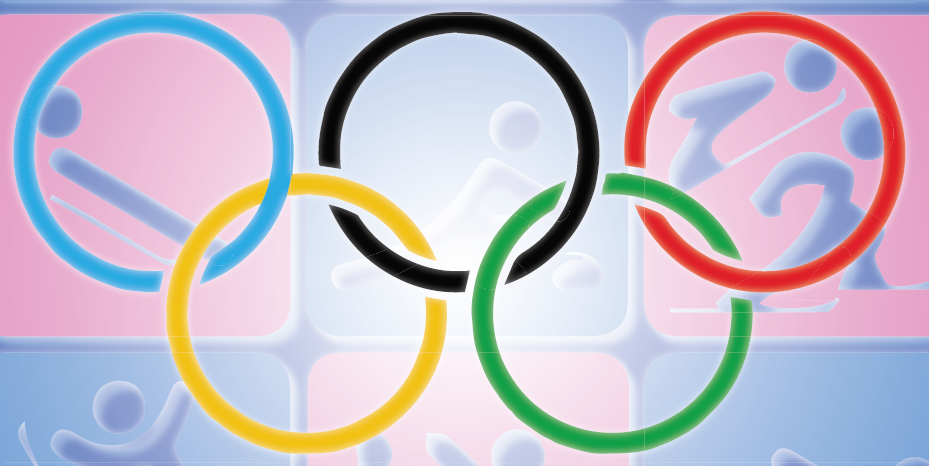 Russia’s anti-gay law harms the country’s image as it prepares for the 2014 Winter Olympics.

The upcoming Winter Olympics at Sochi are attracting a lot of international attention. It’s not over the fact that this is the most expensive Olympics in history, or that an estimated 70,000 gallons of borscht will be served, or that the cardigans for Team USA look like tacky yet patriotic Christmas sweaters. No, it’s the politics. It’s always the politics.

The Olympics, while bringing together the world’s most talented athletes to compete at their sport’s highest level, have become a world stage for making political statements.

The 1936 Olympics are perhaps the most politically memorable because that was when Nazi Germany’s dreams of Aryan Supremacy at the Games collapsed around their ankles  when Jesse Owens, an African-American from the United States, took home four gold medals. At the 1968 Summer Olympics in Mexico City, two American athletes, Tommie Smith and John Carlos, made the Black Power salute on the victory stand after coming in first and third, respectively, at a track and field event. They were consequently forced to return home after pressure from the IOC on the United States Olympic Committee. The 1972 Summer Olympics in Munich are remembered with great sorrow as the Games in which eleven Israeli athletes were murdered by a Palestinian terrorist group known as Black September.

Russia and the United States even have an Olympic history of political controversy with one another. In the Moscow Olympics of 1980, 65 nations, including the U.S., boycotted the Games for the Soviet Union’s 1979 invasion of Afghanistan. The Soviet Union responded to this by boycotting the 1984 Los Angeles Olympics, claiming they could not guarantee their own safety and for the “chauvinistic sentiments and an anti-Soviet hysteria being whipped up in the United States.”  It seems we’ve nearly come full circle with so many protesting the Sochi Games and the State Department issuing a travel advisory for American citizens traveling to the Russian Federation.

What other event could possibly be as convenient as the Olympics for addressing controversial topics, at which so many countries gather and so much of the globe has their eyes fixed to the television?

For the Sochi Games, the main focus has been human rights issues. Russia’s anti-gay propaganda law, signed into effect on June 30, 2013, ban the “propaganda of nontraditional sexual relations to minors.” This has effectively prohibited any public mention of homosexuality in any capacity and spurned public violence against gays and their supporters.

LGBT organizations have been calling for sponsors and even nations to boycott the Olympics. All Out, a non-profit LGBT organization, has amassed thousands of signatures on multiple petitions for the IOC and Coca Cola to speak out against the anti-homosexuality law. Coca-Cola, a company that has sponsored the Olympics since the 1928 Games in Amsterdam, has remained silent on the issue.

President Obama, however, has not. He chose two openly gay athletes, Billie Jean King and Caitlin Cahow, as part of the American delegation to the Games, and not a single member of his family will be present for any part of the events. It’s simply a diplomatic way of flipping the bird to the Russian government.

Despite all the protesting, violence and politics that has preceded the Games, it won’t be the governments of nations, international committees or even extremist groups that will send the most powerful messages this month. It will all come down to small yet significant events between athletes.

On the opening day of the 2008 Summer Olympics in Beijing, the South Ossetia War between Georgia and Russia broke out. At the 10 m air pistol competition, a Georgian athlete by the name of Nino Salukvadze took bronze, while Natalia Paderina of Russia took silver. When the ceremony ended, the two embraced each other. That small act was enough to make headlines.

A selective guide of athletes and events to watch this winter.

Shaun White has been known in the past winter Olympics (Turin and Vancouver) for his domination in the snowboarding half pipe event. Although with the addition of slope style, a new snowboarding event, and White’s decision to compete for double gold for the first time, White will get to experience something new: not being the overwhelming favorite. Furthermore, White is recently recovering from a rib injury, lessening his chances of success even more. In addition, the fact that he is participating in another event, might take away some of his focus in the half pipe, the event he has always dominated in. All in all, White will be experiencing something he has never been very accustomed to–vulnerability. However these additional nerves just makes the viewing experience all the more exciting for fans.

With Lindsey Vonn being out of the Olympics due to an injury, the U.S. women’s team took a hit in their lineup of female stars, however the biggest star on the women’s team is more than capable of filling that hole. At only 18 years old, this Vail, Colorado native is the reigning slalom world champion; she is a strong favorite in both the slalom and giant slalom. If successful Shiffrin could become the U.S.’s youngest alpine medalist ever. By the way, you won’t see her at the opening ceremonies because she’s using the extra time to train.

Shani Davis’s success started back at the 2006 Turing Games with his victory in the 1000 m speed skating competition, where he became the first black athlete to win an individual gold at the Winter Games. He then followed that up in 2010 by becoming the first man to win back-to-back Olympic titles in the 1,000 and 1,500 m races. He’s the current world record holder in both the 1,500 and the 1,000. Davis is on the cusp of something an American man has not done yet–wining gold in the same event in three straight Winter Games in any sport. Even though Davis is known for his lack of public media presence, if he pulls off this trifecta it will be hard to ignore the success of this athlete.

Yes, Kane has already proven so much in his short professional career in the National Hockey League (NHL). Only 25 years old, he has already won the Stanley Cup with his team, the Chicago Blackhawks. He scored the cup-winning goal in overtime in 2010. And he didn’t finish off too bad in his latest championship victory either, achieving the NHL playoff MVP trophy. However, if this young phenomenon  hailing from Buffalo, NY wants to add another gem to his so far impressive resume, he can power the Americans to their first gold medal in Hockey since Miracle on Ice.