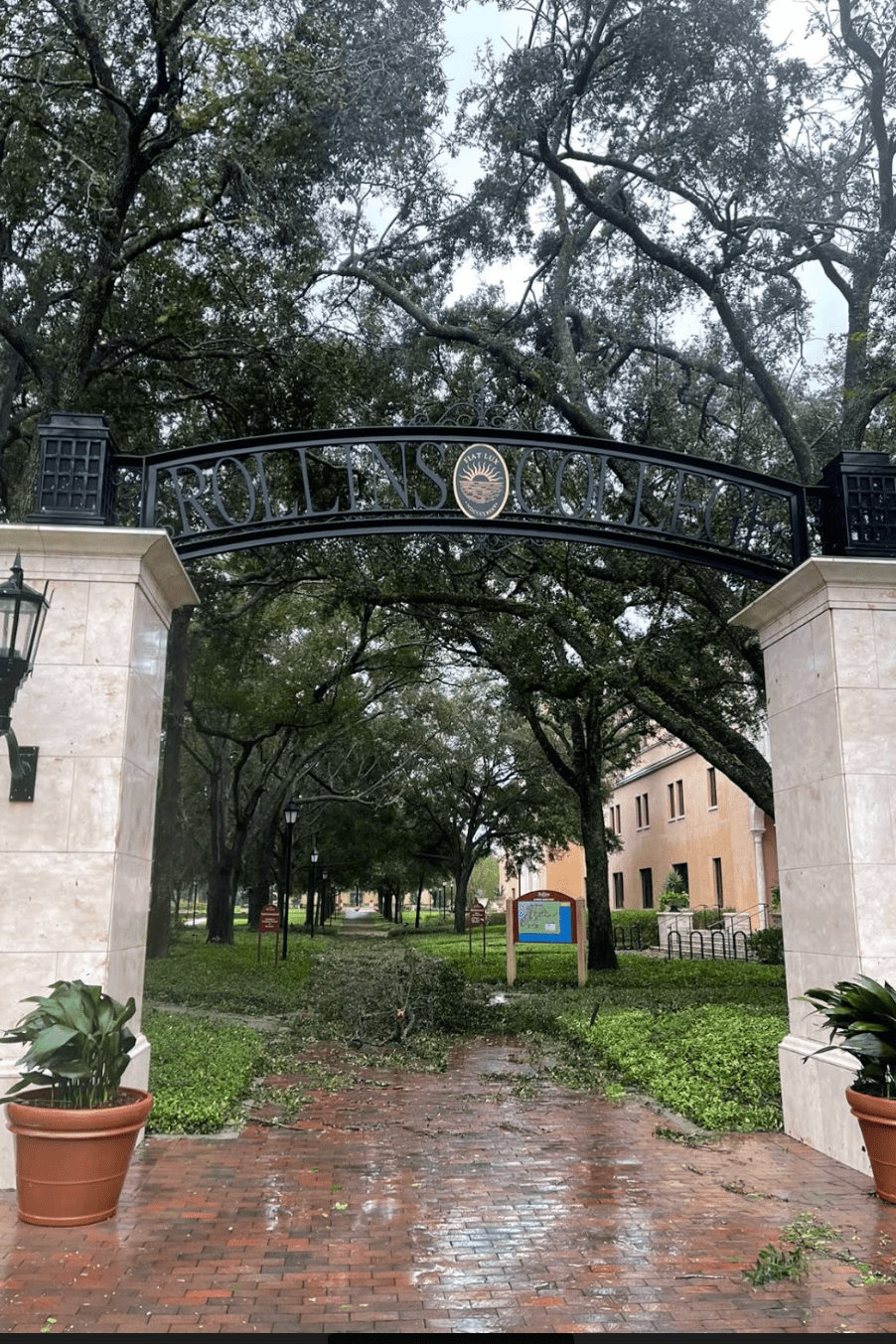 Hurricane Ian made landfall in Florida on Sept. 28. There was no sense of relief or security to be found in Rollins’ communication while dealing with the stress of the event. Communication proved to be ineffective before, during, and after the hurricane. The lack of consistency, straightforwardness, and inconsideration in Rollins communication shows how troublesome the school is in regards to providing necessary information in times of emergency and that the administration has drastic improvements to make.

The first email was sent out Friday evening before the hurricane. Administration made the Rollins community aware that they would be monitoring the track of the hurricane, and that everyone should start preparing for the worst. The rest of our answers would come on Sunday once a decision had been made. The community, however, was left further in the dark when administration put off any plans to make a decision until that Monday. Students scrambled to find flights or places to stay in the event that they could not travel home.

Two days prior to Ian’s scheduled arrival, Rollins administration announced a mandatory evacuation for students on campus. The closing of the school, including residential halls that were supposed to close in the evening, was changed to the afternoon due to the increase in winds from the hurricane.

The fear of the unknown is enough to drive the individual crazy, especially when there are circumstances that require answers to immediate questions. This caused more panic than was necessary. The time that it took administration to drag their feet was time that students could have spent packing, driving to their destinations, and making the necessary arrangements to stay safe. Answers should have been given on Sunday as opposed to Monday afternoon. While other universities had already sent their students home for the weekend, Rollins students were still waiting for the school to make a firm and final decision.

The issues with Rollins’ communication snowballed on Monday. A set of mass emails that were continuously sent out only left students with unanswered questions that could not be deciphered from the unclear emails. The community was burning with questions regarding the reopening of residential halls, damaged buildings, and how classes would be held.

On Oct. 2, another email was published detailing the schedule for the upcoming week, but there was still no clarity to be found in the midst of confusion. Fortunately, the Rollins Instagram page broke down the email in a simple way that was easy for the community to understand.

Students and staff would have benefited from the Rollins Instagram post if it was distributed as a mass email that detailed what we should have expected moving forward in the coming week. The email sent by the administration was bogged down by too much information that could have been sent separately. The announcement should have focused more so on what the schedule would be and when residential halls would reopen rather than other information.

Although a natural disaster is something that one can prepare for, it is not something that human beings can control. Hurricane Ian’s arrival happened on the cusp of fall break, which was planned for Oct. 10 through the 11. As a result, fall break was moved to Oct. 3 and 4. The issue with this rearrangement was that students would have to travel back to campus during the middle of the week to resume learning in person. This was a rather bold move, as the school had not yet issued a date for the reopening of residential halls. Thankfully, the schedule was redrafted for the original fall break to remain in place, but this decision again showed inconsideration on the administration’s part.

Nobody could have fathomed the damage that Hurricane Ian would cause or the possibility that a hurricane would affect the semester. That being said, those making the decisions could have considered that students and staff had already made plans for fall break that could likely not be rescheduled for a different date. Not to mention, out-of-state and international students that attend Rollins would have had to spend more money due to the fact that flights are not cheap and hence would have been a financial burden. The proposal for moving fall break seemed to lack forethought, as if nobody was advocating and thinking of the students. They simply failed to take into account the what-ifs as well as the wants and needs of students.

When returning to campus the college had prepared a welcome picnic for students to attend. While a welcome picnic was great in theory but this was a mere band-aid on the issue at hand. Rollins needs to seek methods to make improvements to their communication system. This starts with being consistent; making decisions by stated deadlines, being forthright, sending emails that are focused and clear, and being thoughtful when making decisions that could impact the community, staff, and students.