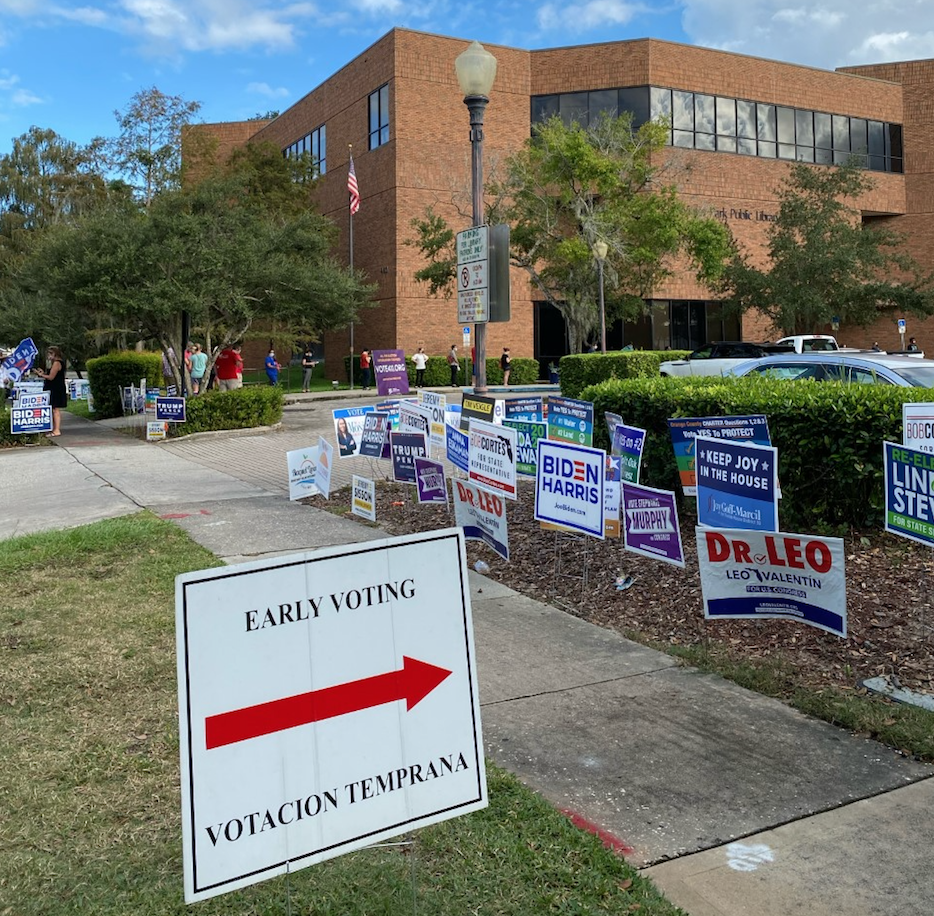 Opinion: Aftermath of presidential election proves that Americans live in a divided state

The 2020 Presidential Election has been a time of uncertainty and angst. In its immediate aftermath, it is easy for us to get lost in the number of votes and names on the ballots. However, as Rollins students, we must take a step back and ask ourselves what this election means to us.

Leading up to Tuesday, Democrats hoped to materialize a “blue wave” across the nation. Through their campaigning, they put Republicans on the offensive and became competitive in states once believed to be solidly Red.

Despite their efforts, it is clear that no “blue wave” emerged. Republicans did not secure a nationwide mandate for their platform, either. Rather, the nation has remained bitterly divided.

We talk so often of division that I think it is easy for us to forget the manner in which we are divided. We have certainly been divided in our Twitter wars and heated arguments over candidates and policies. However, the divide I am talking about is deeper than just unfollowing people on social media or arguing with our parents at dinner. It is about our nation’s very identity.

Take, for instance, what voters claim was the No. 1 issue this election. According to CNN’s exit polls, for Trump voters, it was the economy. For Biden voters, it was racial inequality. Both sides did care about the future of our nation; the only difference was for whom that future was meant to benefit.

This is not a new reality we are being asked to contend with. We have had to wrestle with these opposing visions of what America is and where its future lies for the last 244 years. It has been a fight between those who wish to preserve a beneficial status quo and those who were never meant to benefit from it.

And they are on display right here at Rollins. Despite the diversity of our student body, it is no secret that our community is one predominated by students, like myself, who enjoy varying levels of privilege. But how many of us, when we voted, had our peers in mind when we filled in the bubble next to a name?

Not only do we attend a liberal arts school, but we attend a school whose mission evokes “global citizenship.” Implicit in this statement is the idea that our duty as citizens and leaders is to make use of our skills, talents, and dedication to leave the world a better place for everyone.

No matter who sits at the Resolute Desk come Jan. 20, we as a nation still need to resolve the dissonance between those who face daily disadvantages and those who refuse to recognize those disadvantages.

We cannot expect a President alone to unite these two Americas. This is something that “We the People” must commit ourselves to. It starts with caring more about tearing down historical, systemic barriers than working for our own personal convenience. It starts with making sure our fellow citizens are as secure in their wellbeing as we are. It starts with checking our privilege and realizing how it can negatively affect those around us.

Most importantly, it starts here, in our community. So my question is this: what does this election mean to you?