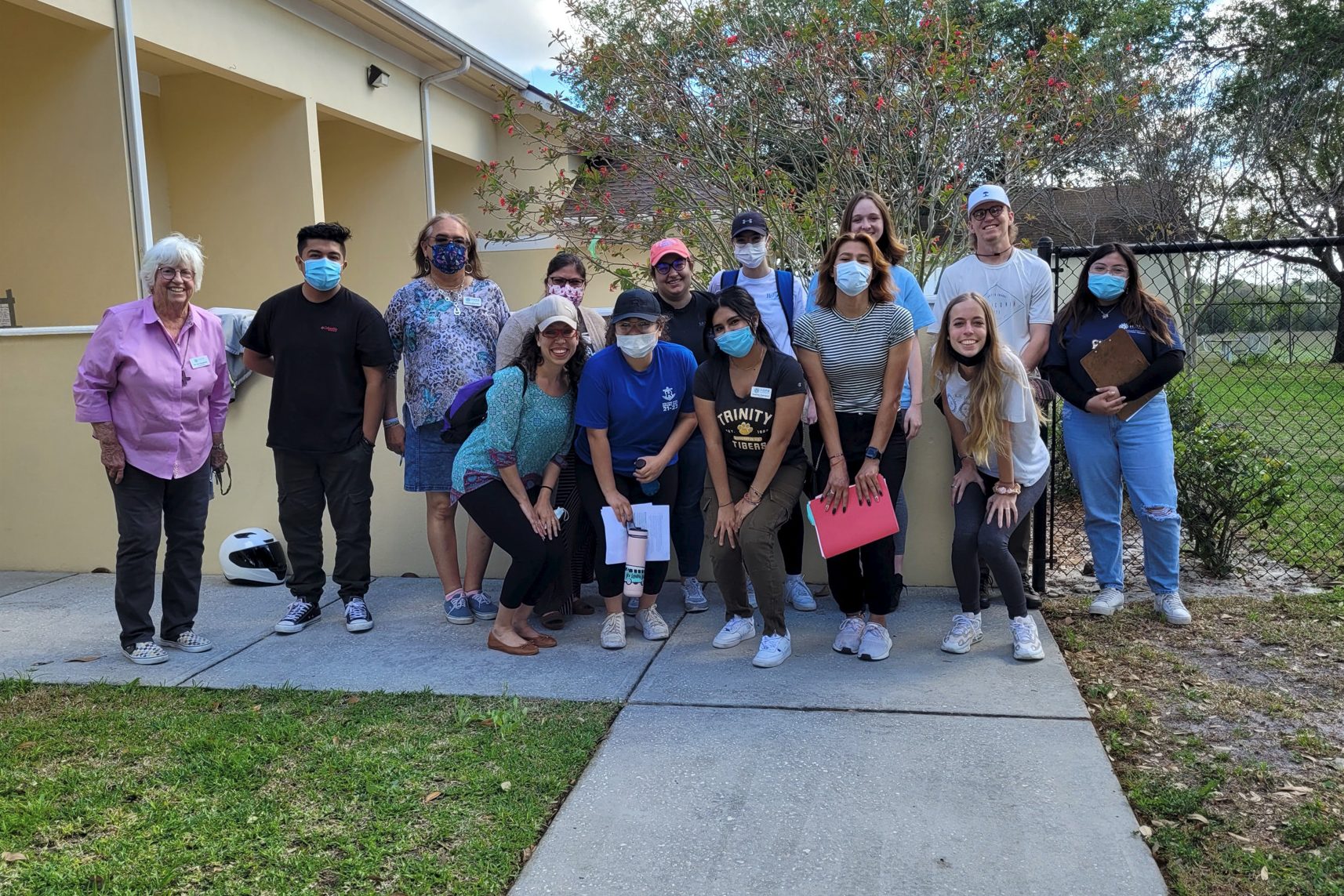 Footage of migrant workers at a hotel in Maitland, Fla. rapidly circulated social media platforms on Jan. 28, often with charged language defining them as “illegals.” The issue that arises here is not just in this dehumanizing and antiquated terminology, but also in its complete falsehood.

In the original video, a man can be heard describing what he perceived of the events: “Fourth bus of the day and I don’t see a freaking family in here. Just a lot of 18 to 24-year-old males. They are signing up, each one is getting a credit card, hotel stay, and going where they want.” Very quickly, those who felt most strongly about their borders being “under attack” rallied at the hotel in protest. These sentiments were also perpetuated by tweets from Florida’s own representatives, some of which called for the immediate deportation of these individuals, using language that perpetuates harmful “us versus them” ideologies.

The workers, on the contrary to copious tweets claiming otherwise, were employed by Dewar Nurseries via the H-2A visa program. This program allows US companies to utilize agricultural labor from other countries (mostly Mexico and Central America) for work in Florida’s agricultural fields.

Not only was the perceived threat completely unfounded, but it demonstrated the staggering xenophobia toward not just migrant workers, but immigrants in general. The protests conducted by the individuals at the Maitland hotel effectively threatened the safety and welfare of a group of workers who are here legally and who provide for us in more ways than we could imagine.

Maitland, only a short drive from Rollins’ campus, is exemplary of the work to be done for farmworker rights and advocacy, right here in Central Florida.

Prejudice against immigrants is not a new phenomenon in our country, and the events at the hotel in Maitland regarding the H-2A workers are familiar when considering the emphasis our country has placed on the “border crisis.” Burgeoning social movements spurred from the dissatisfaction with undocumented immigration exemplified the xenophobia and anti-immigrant sentiment growing in the US under an increasingly unstable global economy.

With emboldened chants of “build that wall,” many began accusing the majority of immigrants entering the US from Mexico and the rest of Latin America of being “drug runners, rapists, murderers and threats to the domestic job market.” The discrimination against Latin American undocumented immigrants and farmworkers in Florida has been exacerbated by those in recent months who have accused these essential workers of being “super-spreaders” of COVID-19, as well as flooding the state and taking jobs from legal residents.

Advocates for immigrant farmworkers often rebuke these claims with evidence and science-based research efforts, such as Florida’s $7 billion agricultural market hat would not be possible to achieve or maintain without the aid of H-2A visa workers and undocumented immigrants.

In our course this semester, “Environment, Migration, and Society in Latin America,” we had the opportunity to meet via Webex with Yessica, who had previously worked as a farmworker and now works for the Farm Workers Association of Florida (FWAF). We also had the privilege of visiting the FWAF and their sister organization, Hope Community Center (HCC) in Apopka, Florida. FWAF focuses specifically on farmworkers, including Haitians, African Americans, and Hispanics, while HCC focuses on immigrants, including asylum seekers in the community.

At sixteen, Yessica migrated to the US and began working in nurseries and greenhouses. Yessica recounted her own stories and stories from other farmworkers about the living conditions and food insecurity of farmworkers in Central Florida. She stated that she had been told of workers who had no other choice but to buy and eat rotten food. She also discussed her exposure to pesticides and toxic chemicals and the health risks she faced while working these jobs.

In our visit with Jeannie at the community garden of the FWAF and HCC, we learned about the ways the organization is attempting to both uplift and support migrant farmworkers and, more specifically, about their teachings of food sovereignty and food justice. They provide programs such as “Know Your Rights” training for immigrants and perform political advocacy by taking community members to Tallahassee to speak to lawmakers about the challenges immigrant families face.

While at FWAF and HCC, the staff encouraged our class as well as our peers in the greater Rollins community to volunteer at HCC. The organization has unlimited spots for volunteers as tutors, citizenship teachers, ESOL teachers, and more. Contacts and applications are available on the HCC website.

FWAF also welcomes volunteers, with roles ranging from research, community events, working in the community garden, and much more. Those interested can visit floridafarmworkers.org for more information.

One of the most impactful ways to give back to this community is through volunteering. There are also so many resources at our disposal to educate ourselves on the experiences of farmworkers. Some of these are @unitedfarmworkers on TikTok and the FWAF website’s video stories collection. We encourage you to watch their videos and to gain perspective about what farmworkers’ day-to-day lives look like.

Rollins, as a longstanding partner and collaborator, has a duty to further these connections and offer a space for both HCC and FWAF on campus so that we may foster a discourse about the issues that affect our city. Especially as global citizens, it is our responsibility to become educated on the rights of our fellow inhabitants and to do better as we know better.