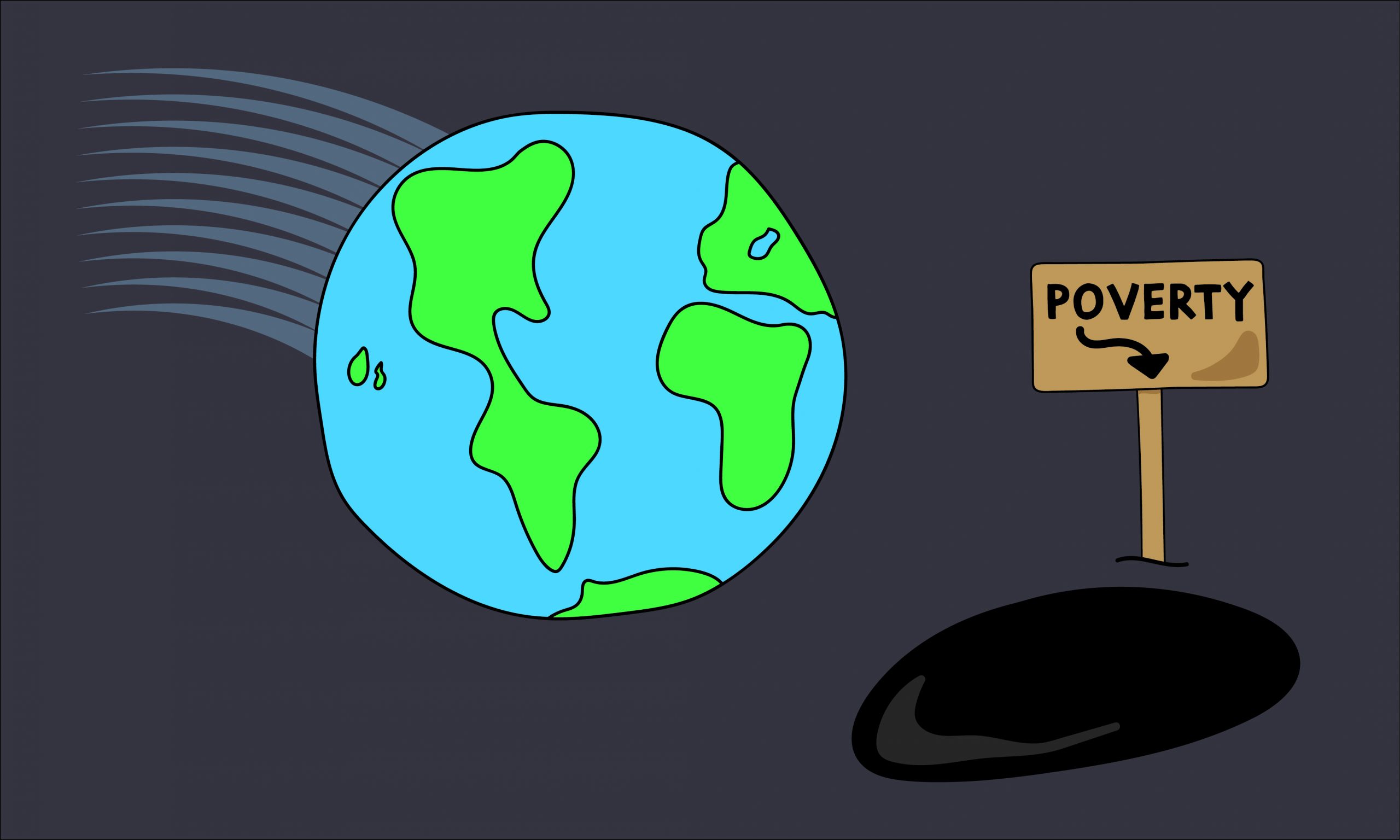 Opinion: Climate change is the leading cause of global poverty

According to the World Bank, the number of people in poverty will climb from 68 million to 132 million by 2030 because of climate change. The existence of global poverty is common knowledge, but many of us remain unaware of the leading cause. Climate change is the culprit of the devastating droughts and natural disasters that have created lasting effects on poverty levels worldwide. The consequences of climate change include food shortages, water shortages, loss of shelter, and a loss of livelihood, each of which are defining factors of poverty.

Droughts are an environmental crisis that have a significant impact on poverty. The most devastating result of a drought is famine. Currently, Southern Africa is experiencing the worst drought in 35 years. Droughts lead to less rainfall and degrading lands; these changes significantly affect crop production. Globally, people’s livelihoods and food consumption depend on crop production. According to Action Aid, 600 million people will face malnutrition because of the agricultural breakdown from climate change. People who are malnourished do not have the energy needed to work. Consequently, they cannot escape poverty.

Another devastating result of climate change is the increasingly destructive nature of hurricanes. Over time, hurricanes have become stronger and more intense. Because of climate change, hurricanes have higher winds and more precipitation. The current intensity and destructiveness of hurricanes has had a large effect on global poverty levels. Hurricane Maria, which hit Puerto Rico in 2017, is a recent example that presents the connection between hurricane destruction and poverty. Hurricane Maria resulted in water shortages, food shortages, and destroyed homes. The storm’s destruction left 47.5 percent of children without a home, and 32 percent of youth without food and water. Hurricane Maria also destroyed 80 percent of the crops on the island of Puerto Rico, resulting in a $780 million loss in agriculture. In total, there were $94.4 billion in damages. Individually, water shortages, food shortages, and damaged homes point to increased levels of poverty. The simultaneous presence of these three factors point to prolonged devastation. The destruction of Hurricane Maria will have long-term effects on the poverty levels in Puerto Rico

Although there are various factors that contribute to poverty, evidence shows that climate change can be considered the leading cause. Unfortunately, climate change is rapidly progressing. The Center for Science Education predicts that Earth’s temperature will continue to rise. Rising temperatures will further contribute to the determinantal environmental changes taking place on our earth. Globally, we must make a change and take care of our planet. The well-being of humanity depends on it.

Opinion Disclaimer: The opinions on this page do not necessarily reflect those of The Sandspur or Rollins College.