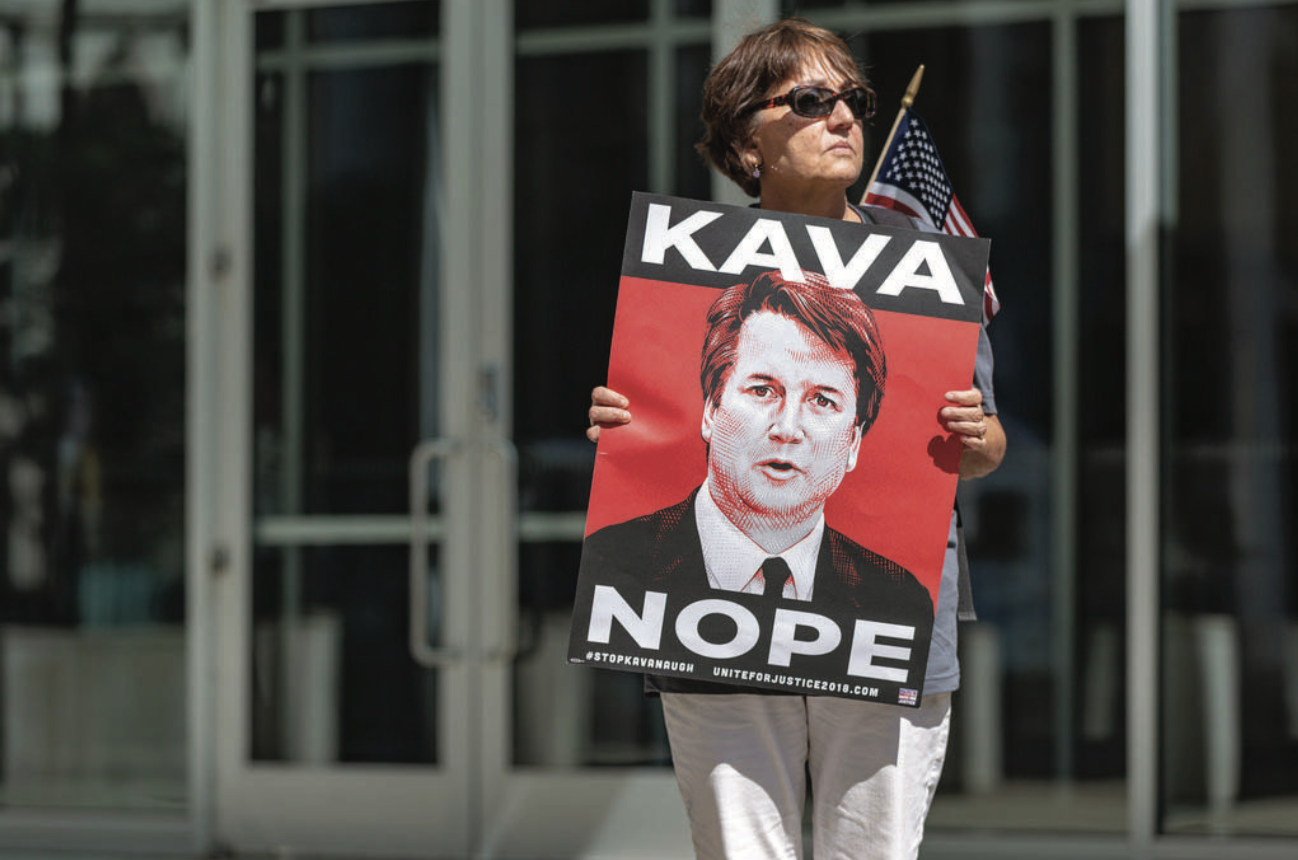 Opinion: Too soon to cast judgment on Kavanaugh

Crises occurring under the Trump Administration have never failed to mystify America. This week, the Senate is especially baffled by Supreme Court nominee Brett Kavanaugh’s scandal, especially since Christine Blasey Ford, the woman who accused Kavanaugh of sexually assaulting her during a high school house party, refused to testify under oath until just recently.

Neither Democrats nor Republicans are helping to unravel the mystery of Kavanaugh’s impending guilt or innocence. Polarization has strengthened significantly in response to the allegations: anti-Trumpers have sided with Ford, averse to the idea of a conservative serving for life in the Supreme Court, and Pro-Trumpers have stubbornly stood by Kavanaugh’s side, protecting his nomination. But which party is backing the right horse?

Ford claims that the incident occurred in Maryland, where she was groped against her will by a drunken teenage Kavanaugh. After researching the state’s sexual assault laws, I found that Maryland considers such sexual misconduct as a fourth degree sexual offense. This specific crime is considered a misdemeanor, punishable by state law, defined by inappropriate and nonconsensual sexual contact.

In other words, Kavanaugh is accused of a state, not federal, crime. So why is Ford demanding that the FBI investigate the scandal when it has absolutely zero jurisdiction to do so?

The Herbst Firm, a criminal justice attorney in Maryland, recognizes that such sexual misconduct is serious, but it is completely different from a rape accusation: “This [fourth degree sexual] offense does not include common friendly affection, and it does not include any type of penetration, as that would fall under a more serious crime.”

The reason I stress that Kavanaugh is being examined for a misdemeanor and not a federal offense is because commentators are comparing the 1990s’ Clarence Thomas incident with the potential Justice’s. However, they are completely different beasts: Thomas was accused of raping a federal employee while Kavanaugh is accused of a fourth degree sexual offense. While the line between the two may seem blurred, Thomas’ allegation was much more serious, as he could have committed a felony.

Additionally, the statute of limitations, or the amount of time a plaintiff has to make a lawsuit, for a fourth degree sexual offense is one year. It’s been 35. If we are giving Ford the benefit of the doubt, she should have reported the unfortunate incident to state officials within months in order to claim justice. After a year, though, she cannot legally prosecute Kavanaugh.

What Ford is accusing Kavanaugh of would ruin his reputation if he is found guilty. Before the allegation, Americans regarded him as a relatable family man. Now, however, his persona is being scrutinized and questioned, and rightfully so; committing such an act would show that Kavanaugh is impulsive, reckless, and an objectifier of women. While I believe he should be held morally accountable if found guilty, he cannot legally be deemed a criminal. It is impossible according to federal law.

If we are not trying to determine Kavanaugh’s criminality, then, we are determining whether he deserves to have a seat in the Supreme Court.

The first time Ford talked about the incident was in a couple’s therapy session in 2012. The therapist’s notes from the session hold discrepancies from Ford’s current story. She also does not know exactly where the incident occurred nor who exactly could have been witnesses. She cannot provide key details, since memory evades her.

The fact is that, over 35 years, memories shift and truths fade. A 35-year-old memory can never be considered reliable. Without sufficient evidence, and without a proper hearing, how can we possibly condemn a man for an over-three-decade-old misdemeanor?

Ford’s motives could be darkened by the fact that, through her offense team, she is directly affiliated with anti-Kavanaugh ties. For instance, her attorney is Debra Katz, vice chair of Project on Government Oversight, an organization funded by George Soros (a progressive billionaire). Katz’s strong ties to Soros have made her a substantial Democratic donor; she has also marched in several Anti-Trump demonstrations and has an advisor that has worked for Democratic candidates such as Biden, Clinton, and Obama.

The most shocking piece of information, though, is that Katz’s money trail can be easily followed to anti-Kavanaugh campaigns. The group Demand Justice, who vowed to spend $5 million to stop Kavanaugh’s confirmation, gets its money from the Sixteen Thirty fund, which in turn received $2.2 million from a Soros-funded organization chaired by Ford’s own lawyer, Katz herself. In other words, Ford’s attorney Debra Katz is deeply and financially embedded in leftist politics, so it would make sense that she would want to work to stop Kavanaugh’s confirmation.

Ford may have three different motives: she could want to prevent Kavanaugh from being a Supreme Court Justice; she could want to stand up for herself and other women; or she could have a mix of both intentions. As of right now, Ford has decided to testify in front of the Senate on Thursday along with heavy conditions, and we cannot make any definitive opinions until she decides to testify. Our country’s judiciary heavily depends on any information that only she can provide this week.

We are living in a muddled world where people are guilty until proven innocent, where people make up their minds before reading the facts. All I am asking is that you, readers of this article, do not simply believe everything you hear without proper evidence. In either case, America will have to wait for the air to be cleared on Thursday, when Ford emerges from the shadows and finally testifies before her country.