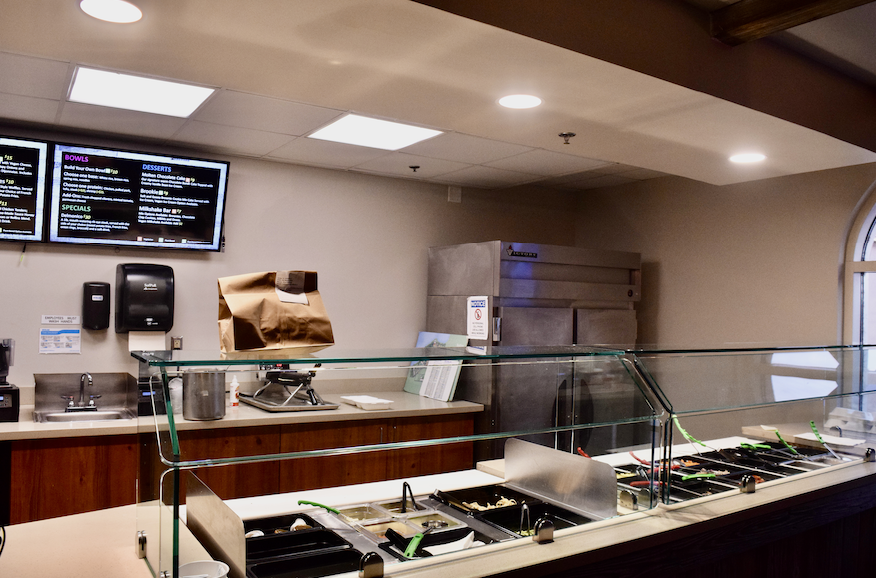 Opinion: What happened to Mike’s Sushi?

By Arabella Lilleslatten on March 5, 2022

Mike “the sushi guy” no longer works in Dining Services. His exit was silent and all too sudden, leaving students with unanswered questions and unfamiliar sushi rolls.

Mike had been an inextricable fixture of Rollins for many years, both because of his unparalleled finesse as a sushi chef, and his uplifting, amiable demeanor. His iconic status on campus could be likened to the campus cats or to Fox Day: What would we possibly do without them?

According to Cristina Cabanilla, director of Dining Services, dining is still partnered with AFC Sushi; however, Mike has decided to stop working at the Rollins franchise for personal reasons. Cabanilla said, “As far as we know, Mike continues to operate his other franchise at a nearby Publix.”

This is one of several changes occuring in the downstairs area of the Cornell Campus Center. On Feb. 27, Dave’s closed for renovations, but Wild Blue Sushi will remain open— albeit without Mike. And, starting on March 21, Dave’s Boathouse will become “#DavesBoathouseByKIVO,” as announced by the Dining Services’ Instagram.

Many students have been greatly disappointed to hear of Mike’s untimely departure from the school.

Bryce Burger (‘23)  is one such student. He said, “I also miss Mike since he was a figure around Rollins that everyone knew, and he was always very happy and friendly to talk to whenever you were in Dave’s and ordering. We were all sad when we heard he wasn’t coming back.”

Dining Services is typically very adept at keeping students in the loop when it comes to staff changes or facility updates. On Feb. 15, an email was sent to the community regarding Dave’s being closed for renovations on Feb. 27. On Feb. 2, they sent an email stating that Diego Perez, director of Operations at Dining Services, was leaving Rollins after 20 years of working here. There was no email sent to recognize Mike’s lasting contributions as he moved on to a different workplace.

Other dining changes in the past month can be found in the Marketplace. If you venture into the Marketplace on any given Wednesday, you can get a bowl of fresh-made pasta from the Italian chef Paolo—a special that has been coined “Pasta with Paolo.”

He serves dishes like pasta carbonara and spaghetti aglio e olio with fresh tomatoes and basil, for which President Grant Cornwell gave the seal of approval with an Instagram post captioned, “Paolo’s pasta on Wednesday in the Marketplace—delicious!”

Mike may be gone for now, but Paolo’s pasta and Dave’s rebranding are showing that there is still much to look forward to in culinary cuisine here at Rollins.
Nevertheless, here’s to hoping this is an au revoir to Mike—not a goodbye.