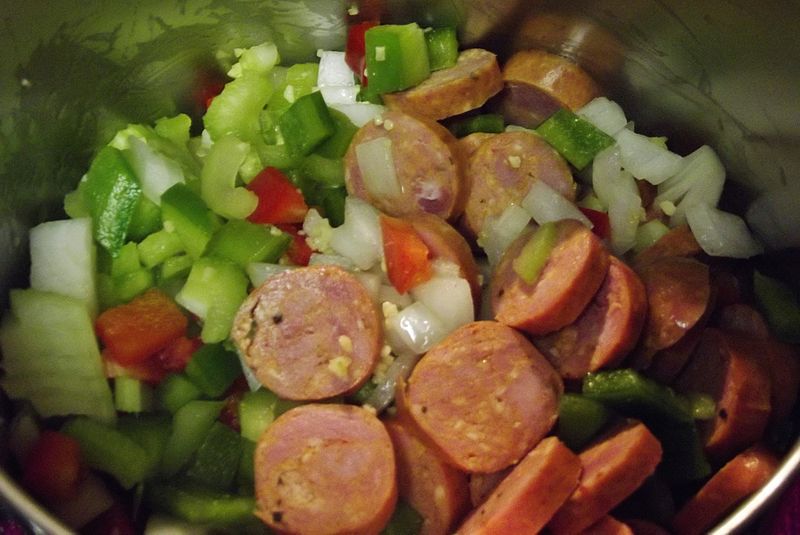 Do Not Order the Jambalaya

Tibby’s New Orleans Kitchen website claims that Tibby’s is “not the New Orleans you have visited; it is the New Orleans that locals call home.” Being a native son of Louisiana, I was excited and somewhat skeptical over the prospect of being able to eat dishes from the homeland right here in Winter Park. So one night two friends and I decided to pay Tibby’s a visit.

After being seated, I took in the scenery that surrounded our table. The walls were chock full of artwork that attempted to give the restaurant’s interior a “Big Easy”vibe. While the decorations gave the place a somewhat homely atmosphere, the sheer volume and scale of the decorations were overkill.

I turned my attention to the menu. Louisiana staples, such as boudin, po’boys, and crawfish etouffee populated it alongside various platters of fried seafood and what appeared to be “Cajun-inspired” original creations. Feeling homesick, I stuck with the classics and ordered a cup of the seafood gumbo and a bowl of jambalaya, one of my friends had the blackened chicken pasta and the other ordered a Walters po’boy.

My order provided mixed results. The gumbo was satisfying, it had plenty of seafood and was well seasoned yet not overwhelmingly spicy. The “jambalaya,” however, was disappointing. While still edible, it had a disproportionately tomato-based sauce, which gave it an unpleasant and gummy aftertaste reminiscent of cheap canned spaghetti. My dinner companions, meanwhile, were more or less satisfied with their meals and had few complaints.

In terms of the quality of service, Tibby’s seemed to have its act together. Our waitress was very consistent in keeping our beverages refilled, delivered our orders in a timely fashion with no mistakes, and treated my guests and I with respect and care.

Tibby’s has its shortcomings, but it is an overall decent place to eat in Winter Park. Some of the dishes Tibby’s serves are well prepared, while there are others that it would be best to avoid ordering, such as the jambalaya. It helps a great deal that Tibby’s is also a relative bargain (with most of the entrees being below $15) when compared to most sit down restaurants in the Winter Park area.

If you were looking for a place to eat out and did not want to spend a fortune, Tibbys is a sure contender.