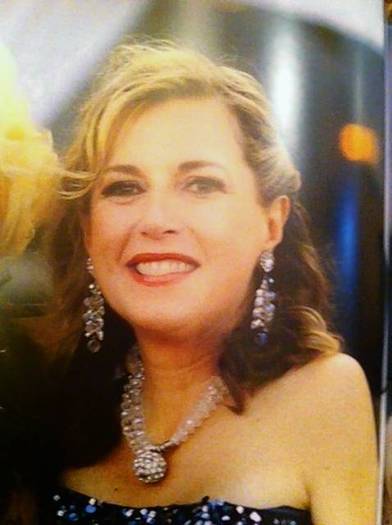 My lifelong friend (since our Rollins days), Bonnie Manjura, passed away leaving a Central Florida legacy few can match.  She was instrumental in putting Orlando on the tourism map internationally (fluent in four languages), successfully lobbied Congress for the Heathrow interchange Jeno needed, founded The Lake Mary-Heathrow Festival of the Arts, founded the Seminole Ornament Society, had a major role in growing dozens of Orlando-area nonprofits etc. etc.

What set Bonnie Doreen Manjura apart was that she got started right out of Rollins in the seventies, incorporated extreme compassion and empathy into all of her business pursuits and neverending charity work, and never lost sight of where she’d come from.  And she treated everyone with such loving care and compassion that literally thousands of employees, friends, and family members strongly believe that her values are timeless and will love her dearly forever.

Bonnie’s parents fled Nazi Germany with nothing but the clothes on their backs, settling in Duluth, the home of the legendary billionaire, Jeno Paulucci.  Bonnie would later become Jeno’s right-hand-woman in Heathrow, Florida, personally executing many of the critical moves that gave rise to the Heathrow, Florida we know today.  While Disney was a no-brainer for American tourists, it was a different story for the rest of the world. Bonnie changed all that as the most personable, energetic, and ambitious multi-lingual Ambassador to the world that Orlando will ever have.  Bonnie Manjura took on the male-dominated business community of the seventies with an unmatched mix of personality, humor, extreme professionalism, peerless reputation, and driving ambition to succeed.  I’ve seen Bonnie charm the pants off a group of Orlando’s boldfaced names with lines that would rival Jay Leno on a good night and Reaganesque anecdotes at any time.  They’d open their wallets for her business ventures and her charities while holding her in the highest esteem…in between laughs.  Before 24/7 entered our vernacular, Bonnie was outworking anyone you’ve met, EVER.  Every time we got together, she exclaimed, “We’re Bustin’ It!”

Bonnie was the sister I never had, and I will greatly miss her dearly.  I hope that today’s youth will use their judgment to find and emulate the Bonnie Manjuras of their generation.  Sadly, there will only be one!

The letter to the editor response can be found in the January 23rd print edition.