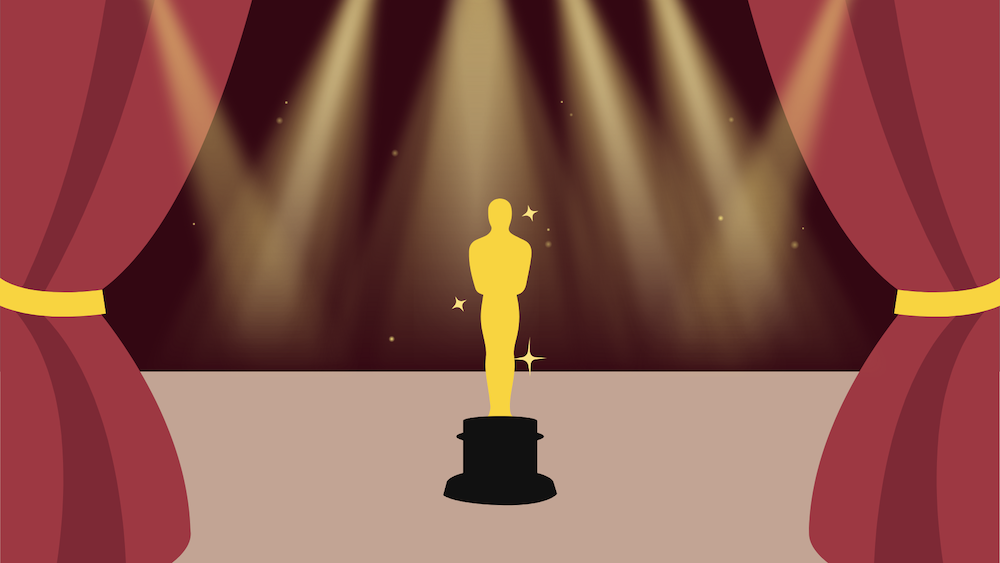 The 94th Academy Awards on Sunday honored the best films released from March 1 to Dec. 31.

Prior to the awards being announced, The Sandspur gathered 149 total votes from students and faculty members on their predictions for Best Picture, Best Actor, and Best Actress. The Rollins results differed from that of the Academy Award results in all three categories.

Will Smith won for his portrayal of Serena and Venus Williams’ father, despite having only 13 percent of Rollins’ votes. Smith is one of five black men to ever win the award for Best Actor, alongside fellow nominee Denzel Washington. The other nominees for Best Actor were Benedict Cumberbatch (“The Power of the Dog”), Javier Bardem (“Being the Ricardos”), Andrew Garfield (“tick, tick…BOOM!”), and Washington (“The Tragedy of Macbeth”).

Although Smith won the Academy Award for Best Actor, he stole the show when he slapped comedian Chris Rock after a joke aimed at Smith’s wife, Jada Pinkett Smith.

The campus, however, highly favored the likes of Andrew Garfield for his role in the Jonathan Larson musical biopic, garnering 65 percent of votes. Garfield starred in not one, but three Academy Award-nominated films this year: “tick, tick…BOOM!”; “Spider-Man: No Way Home,” which was nominated for Best Visual Effects; and “The Eyes of Tammy Faye,” where he played Jim Bakker alongside fellow Academy Award nominee Jessica Chastain. Garfield, however, left the ceremony empty-handed.

As for the Best Actress award, Rollins surveyors favored Kristen Stewart for her portrayal of Princess Diana in the psychological drama, “Spencer,” at 79 percent. Stewart shocked critics this year as she broke away from her “Twilight” roots and became the first Best Actress nominee to bring a woman as her date. Stewart attended the ceremony accompanied by her fiancée, Dylan Meyer.

Ultimately, Jessica Chastain took home the award for her starring role in “The Eyes of Tammy Faye,” which only 1 percent of Rollins voters predicted. In her powerful acceptance speech, Chastain spoke on the seriousness of suicide and the “bigoted” anti-LGBTQ+ legislation across the country. Of the other nominations in the category, Nicole Kidman (“Being the Ricardos”) had 12 percent of Rollins votes, Penelope Cruz (“Parallel Mothers”) had 8 percent , and Olivia Colmon (“The Lost Daughter”) received no Rollins support.

“CODA” is the first film from a streaming service to win Best Picture. The film is currently only streaming on Apple TV+ and stars Troy Kotsur, who earlier that night became the first deaf man to win an Oscar. Kotsur took home the award for Best Supporting Actor.

“Dune” won the most awards of the evening, taking home six out of the ten it was nominated for: Best Cinematography, Film Editing, Original Score, Production Design, Sound, and Visual Effects.

Other highlights of the night included Ariana Debose winning for her supporting role in “West Side Story,” becoming the first queer woman of color to take home the award, 60 years after Rita Moreno won for the original 1961 film. Disney’s “Encanto” won Best Animated Feature, and Billie Eilish won the award for Best Original Song for “No Time to Die.”
The ceremony is currently available to stream on Hulu and ABC.com.

Have any additional tips or opinions? Send us your response. We want to hear your voice.