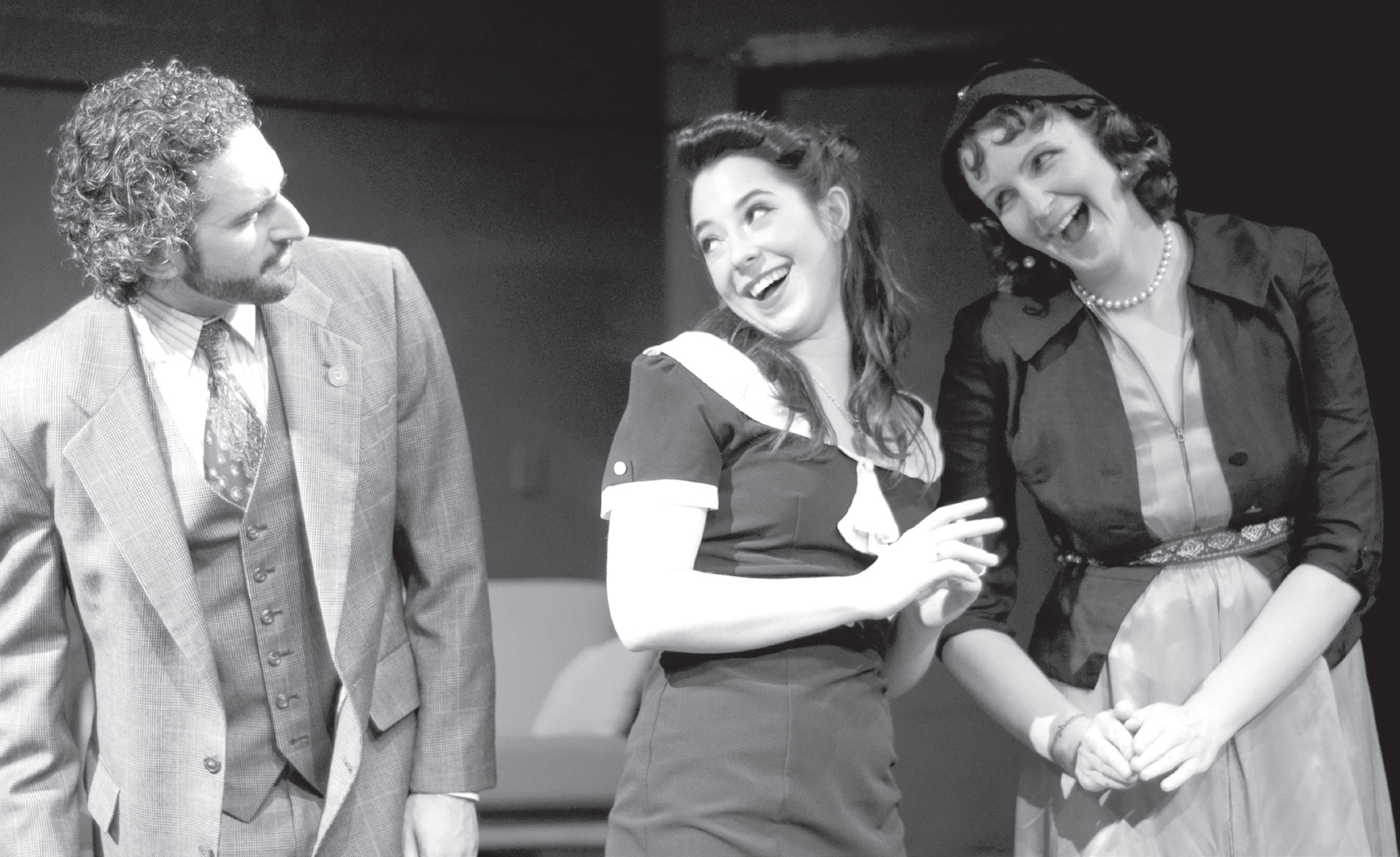 That reminds me of the time the Rollins Improv Players (RIP) invited improv troupe Parallelogramophonograph to Rollins to teach two workshops and perform their own show. On April 1, Roy Janik, Kaci Beeler, Kareem Badr and Valerie Ward traveled all the way from The Hideout Theatre in Austin, Texas to the Fred Stone Theatre at Rollins.

In the morning, they ran a workshop for the RIP troupe members; later in the day, they opened up a workshop for 16 lucky non-RIP students. During both workshops, they led the groups in various exercises to teach them how to focus their acting skills in both large groups and smaller ones. Throughout the two-hour workshops, the four visitors stressed that specificity was preferable to ambiguity and emphasized the importance of establishing who their characters were and where the scenes were taking place as early as possible. They also reminded them that doing improv is not about perfection; it is about taking the mistakes they make in stride and continuing with the show. “If it comes out perfectly and looks totally scripted,” said Janik, “go home and write it.”

Following the workshops, RIP performed their signature Variations on a Theme, focusing on mischief. As usual, the Players put on a good show, incorporating Go Fish, Fox Day and a pumpkin version of Charlie Sheen into the performance.

One particular highlight of the night was when Colby Loetz ’11 showed off his impressive dance moves to Lady Gaga’s “LoveGame.” After the show, Assistant Professor David Charles (Dr. D) requested that the house be cleared so that Parallelogramophonograph could set up the stage for their show.

Janik, Beeler, Badr and Ward did “Some Like It Improvised,” where they dressed in 1930s garb and played their scenes in the style of the period. During their hour-long performance, the four played multiple characters and occasion- ally asked the audience for help as they went along. Much like how some RIP forms begin with questions, before they officially began performing, Janik asked the audience to give him an occupation a grandfather might have. After making their selection, they started the storyline with a baker, his wife, and the people surrounding them.

They received a standing ovation at the end of their performance. While waiting for the noise to die down, Badr jokingly asked the audience to be quiet, as they had not done anything special. Several people remained behind afterward to talk to the performers. Though they are modest, they are no strangers to this phenomenon. Parallelogramophonograph typically tours about eight times a year all over the United States and Canada. The show they did on April 1 is considered a traditional form of improv, but they have created several different types of shows that they use for various tours.

Parallelogramophonograph had to return to The Hideout Theatre, but you can still catch the RIP shows, as always, at the Fred Stone Theatre.