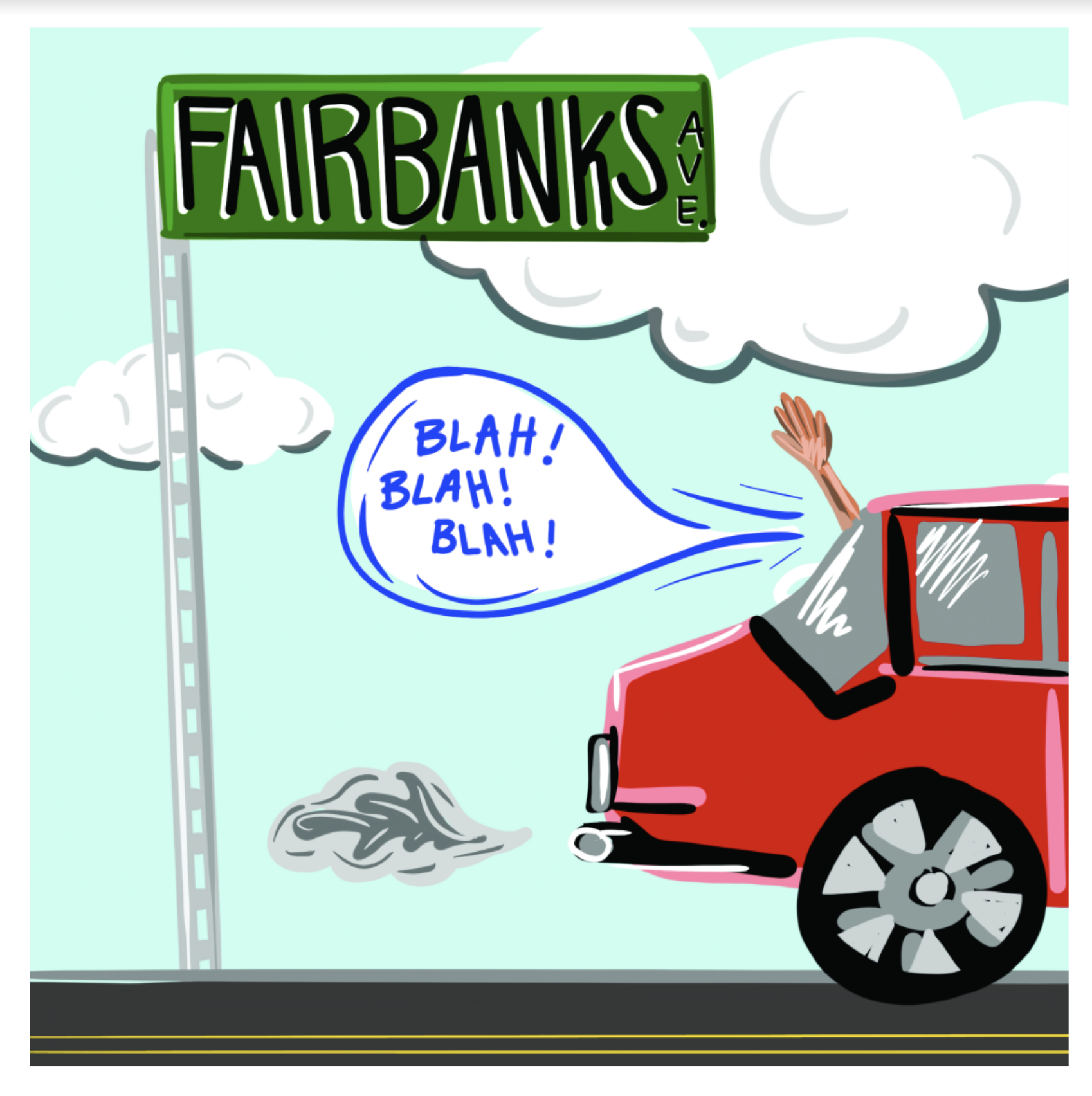 Theater students are reporting repeated incidents of verbal harassment from passersby as they walk to their off-campus classroom.

During a History of Musical Theater class taught by Missy Barnes, students touched on the treatment of women in American culture, and in doing so, uncovered the quiet turmoil plaguing the young women of Rollins. Over a dozen female students shared stories of sexual harassment on and off campus.

Following the demolition of the Fred Stone Theatre, which used to be a classroom for many theater classes, students have to walk to an off-campus building located at 203 E. Lyman Ave. to attend theater classes and late-night events. The students believe there is a correlation between the new class route and an increase in harassment toward them.

Addison Cursey (‘19), co-president of Voices for Women, an organization that promotes education on issues of inequality and aims to increase female empowerment, was part of the class discussion. “We started talking, and we realized other women on campus had experienced [sexual harassment] walking back and forth between Lyman,” said Cursey.

This move forces students to venture off campus as part of a daily routine. The temporary building is close to the student parking garage and in some cases requires foot-travel on East Fairbanks Avenue, a heavy-traffic road, which may have an impact on the types of harassment cases students have been experiencing.

“I’m a senior, so I’ve grown a thick skin to it, but even the freshmen who just got here already have a thick skin to it and that’s disappointing,” said Cursey. Although many college-aged women experience sexual harassment, the problem has been exacerbated for theater students now that the off-campus walk to the Lyman building has become necessary in order to get to class, according to Cursey.

Tatiana Lyn (‘22) is also one of Barnes’ students. “So many times, I’ve been made uncomfortable by [men in] stopped cars or cars rolling by slowly [on East Fairbanks]. They’ve honked at me and the passenger has leaned out the window and yelled ‘Hey, ma!’” said Lyn.

Lyn said that she did not report this incident to Campus Safety or the Title IX office on campus because she felt powerless to stop it. “I feel like there’s not too much I can do to tell every grown man in the universe to not catcall girls, or anyone really,” said Lyn.

While these measures are helpful, Barnes suggested having a campus conversation. “I’m really concerned that this behavior exists in our culture and that we as women have learned to accept it and not respond, not report it, and not take action, because we don’t consider it a big deal until an actual assault occurs, but it is,” said Barnes.

Lyn shared her belief that education on the subject could help men understand their impact on women’s lives and clear some of the misconceptions they may have about how women receive their advances. Men on campus need to be educated on the consequences they could face if their harassment is reported, according to Lyn.

Kelsey Kline (‘22) shared a story similar to Lyn’s during the class discussion. When returning to campus from the Lyman building after an improv show late at night, “I had dressed really nicely because it was my anniversary…and I ended up getting honked at, and I was just really uncomfortable,” said Kline.

Kline recalled asking Anthony Hampson (‘22) to wait for her so she could walk back with him that night. “As a girl, you don’t walk in the dark to anywhere without a guy or a group of friends,” said Kline. Hampson helped defuse the situation by redirecting the focus of the driver who targeted her.

Hampson, a theatre major with an instinct for performance, laughed as he shared his account. “I’d heard of people catcalling people by honking, but I’d never seen it… so [when the men honked], I pulled up my shirt and flashed them. They obviously honked at somebody, so I thought it was me, and I was just giving them a good show,” said Hampson.

Hampson became more serious as he continued and shared personal anecdotes of times when men around him have engaged in catcalling and sexual harassment out of what he believed to be ignorance. When he reproached their behavior, the men were shocked that women did not appreciate the unsolicited comments and advances. He held the position that discouraging the behavior in friends and peers is imperative to change.

Both Kline and Lyn pointed out a need for men to be allies to women and actively engage in shutting down the poor behavior of their male peers.

“As guys, if your friends go after women who have gone through this their whole lives and are really uncomfortable with being catcalled, just point it out and say, ‘Hey, that’s not cool,’ because it’s really not,” said Kline.

Barnes expressed hope that professors will find ways to bring up the subject so the campus can keep talking about it and hopefully find a solution. More so, she said, “So [we can] talk with our male colleagues who may have engaged in that behavior, because I do think there is a lot of peer pressure and a lack of the rational thought that ‘Maybe yelling out the window at someone I don’t know is not acceptable behavior.’”

Barnes pointed out that many of these stories go untold simply because no one bothers to ask. She pointed to Rollins faculty and students to decide whether they will be the ones to facilitate discussion and find solutions.