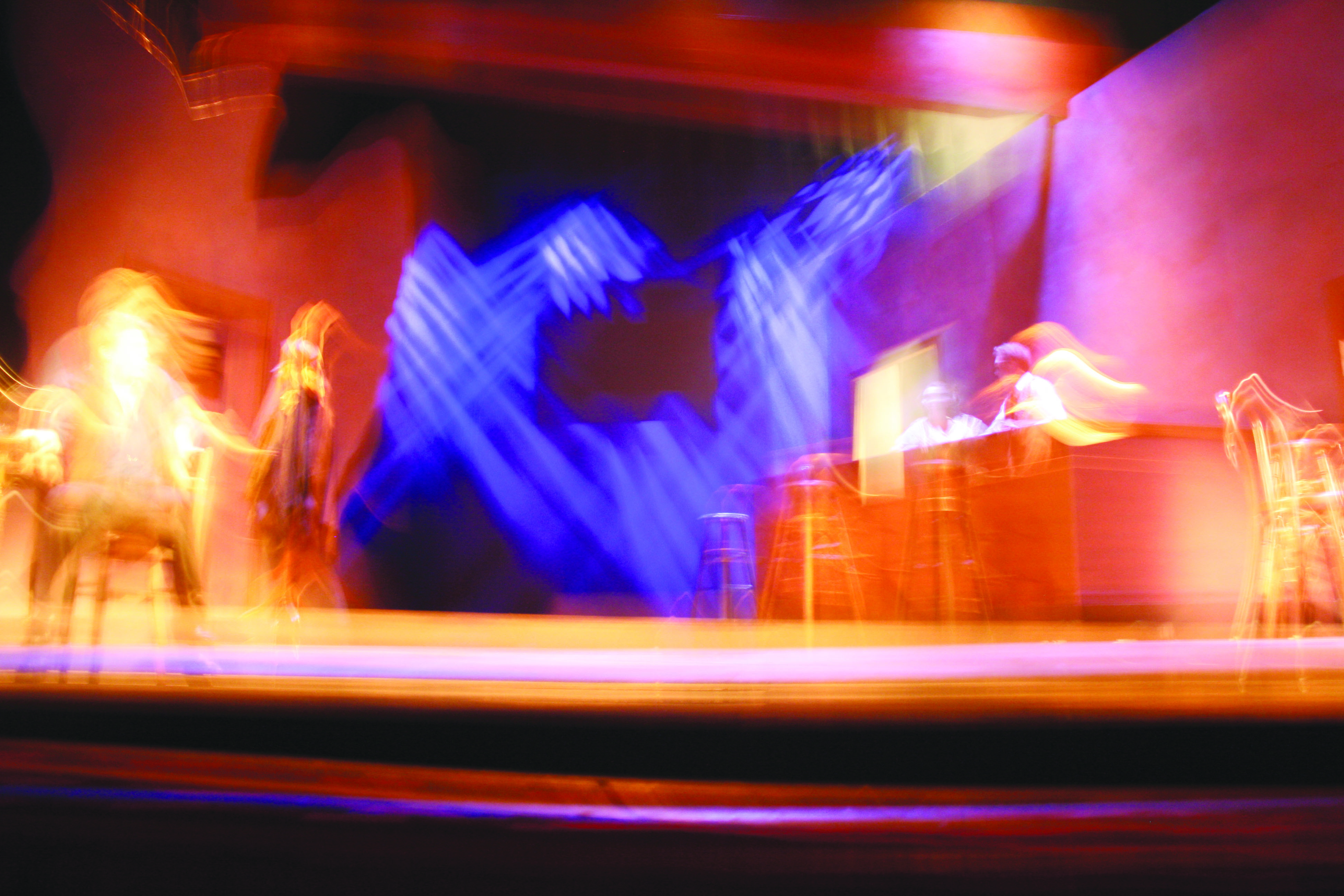 Picasso at the Lapin Agile

What do artist Pablo Picasso, physicist Albert Einstein, and comedian Steve Martin all have in common? Besides their devilish good looks, it would probably have to be the hilarious Picasso at the Lapin Agile. The play, written by Martin in 1993, follows the events of one night, October 8, 1904 in France, where these two guys (Einstein and Picasso) walk into a bar (Lapin Agile). Sounds like the opening of a corny joke, right?

With both men on the cusp of greatness, the play takes the audience on a fascinating journey. The story mixes the comedic aspect of such a plot with a thought provoking backdrop of genius vs. talent, and the struggles both men face with their respective gifts, most especially Picasso. Full of those “guilty pleasures” in theater – breaking of the 4th wall, “predictions” of the future, and more – the show is bound to put a smile on your face, no matter how much you may want to frown.

The hidden gem of this play’s specific production is its guest director. John Christopher Jones, brother of Rollins’ very own Associate Dean of Arts and Sciences Jennifer Cavenaugh, is no stranger to the stage. Having acted in 15 Broadway shows,  Jones created the role of Sagot and performed as said character in the original production of Picasso in New York. When asked of how it was to direct a role he has been so connected, as opposed to some other person trying to do the same job, Jones states that with having said experience , “you know where the heart of the man is.” Yet while he does admit that he may be a bit more controlling with that character than others, he hopes not too much so, for the sake of actor Ryan Bathurst, ’13, who’s currently playing that role.

Both acting and directing are enjoyable in their own ways for Jones. In some circumstances he has directed plays in which he may not have enjoyed the show, yet has gained a great respect for the writers. In the case of this play, after performing in Picasso, Jones did not like the writing, though he would later come to respect Steve Martin’s skill as a writer. In the end, Jones hopes that those who come to see the show get a lot of laughs out of it and come away with an appreciation of Steve Martin’s gifts as a writer. And most importantly, he hopes that the student actors he has been working with have found the time spent worthwhile.

I urge all those that can to highly consider seeing this show. With a strong ensemble cast, dedicated crew, and a director of such high caliber at the helm, this is a once in a lifetime opportunity you do not want to miss.

** immediately following the Sunday, Feb. 12 performance, there will be a panel discussion with  professors Susan Cohn Lackman, Christopher Fuse, and David Charles.