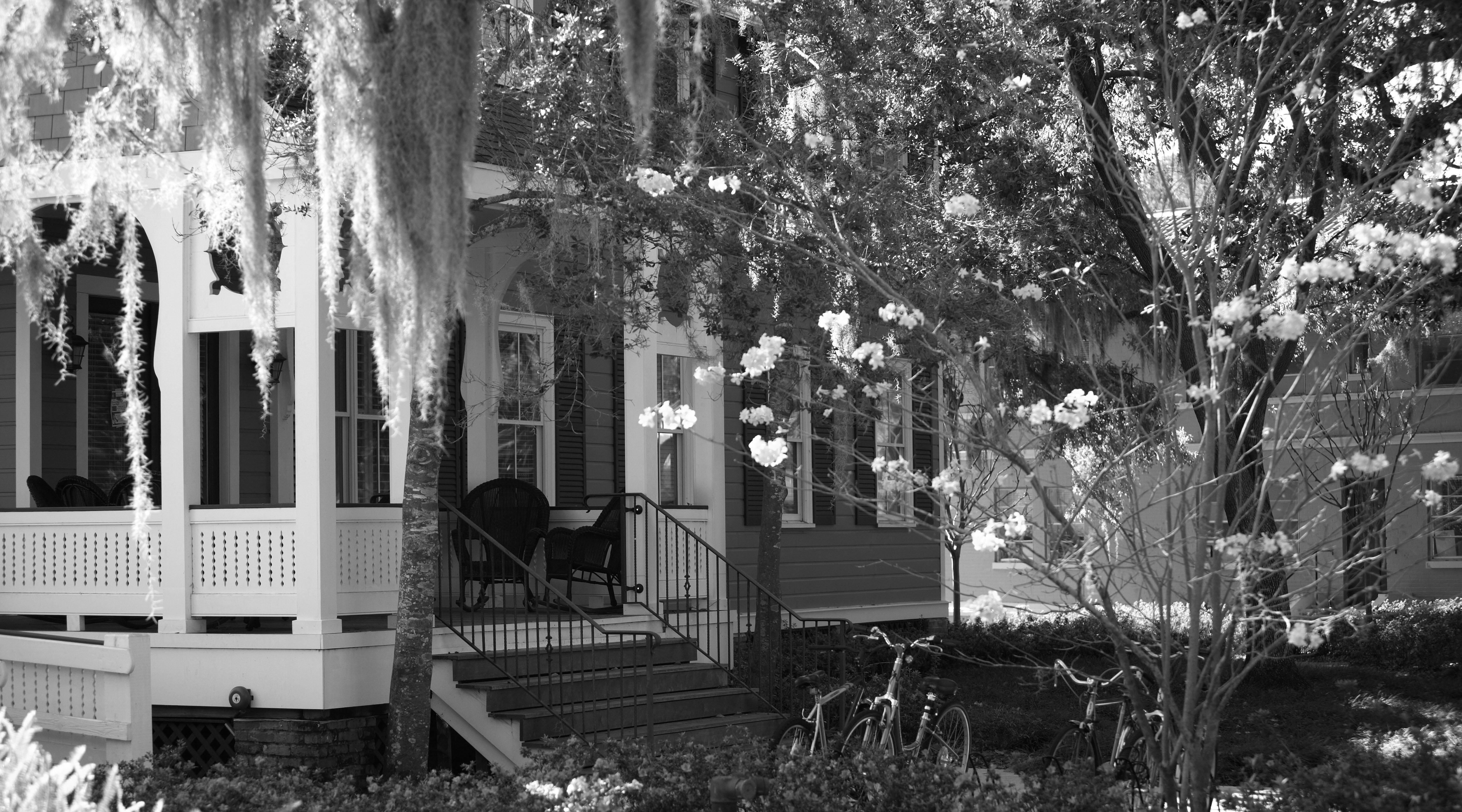 Most people know Pinehurst Cottage by its distinctive old-timey charm, cheery residents, Pancakes the cat and, of course, its emblematic porch. Many a fine afternoon of mine has been spent sitting on one of the green wicker rocking chairs – the fresh air, the good company, and the spectacular view all coalesce to form an experience of tranquility par excellence. However, according to one campus office, things at Pinehurst are not quite as rosy as my pink-tinted glasses make them out to be. During our last house meeting, a message was delivered stating that our porch was “intimidating.” We were told, “It makes some people here uncomfortable seeing the same people on that porch every day. Take steps to fix that.”

Oh, what an age we live in! I realize these inflammatory remarks might make some readers uncomfortable, but insightful and cutting-edge commentary must never back away from the gritty bastions of truth.

Naturally, I took it upon myself to de-intimidate the atmosphere of the porch. I brainstormed (my thoughts peaked as a Category 4 hurricane named Willis) and came up with a few ideas.

First, I thought we ought to have a Pinehurst program on the porch that involved the entire campus, but then I realized that we had already tried that on numerous occasions to no avail. Apparently, programs like “Pancakes on the Porch,” “Music on the Porch” and “A Christmas Carol” must amplify the alleged intimidation factor. Want proof? We’ve done more on-campus programs this year than ever before and have never had this complaint! Clearly, it must be part of the problem.

Next, I thought it prudent to tackle their suggestion directly and change up the usual cast of loafers lounging on the porch. To my chagrin, no one ever monopolized the porch for an inordinate amount of time. Instead, my colleagues engaged in the strangest patterns of intimidating behavior: they would go out for an hour and eat lunch, others would come and do homework for some random amount of time, some would just come and pet the cat for a while. Debauchery if I have ever seen it before. I suggested that they swap clothes every 30 minutes, change seats, and even wear masks to help abide to the orders given by the office but, for some reason, they found all of my suggestions silly.

Desperate, I thought it best to turn to the Rollins playbook in order to ascertain the next best possible course of action. I stumbled across some interesting news in regard to the new Sutton pool: it will be for Sutton residents only. Then it hit me: our porch, in contrast to these new plans, is in fact available for the entire campus to use! There is no way our porch can be intimidating to others if no one else is allowed to use it!

So, I write to The Sandspur triumphantly this week. I have single-handedly solved this crisis which I would personally describe as a Herculean feat. No thanks is in order, but I wouldn’t mind a medal or trophy of some sort. Actually, if Pinehurst could have a nice, big dog that could ward off intruders, that would also be quite helpful. I think it would compliment Pancakes.

Until then, I genuinely invite anyone else who is passing by to come and have lunch with us at our beautiful, old-timey cottage. There’s an open green wicker rocking chair waiting for you.