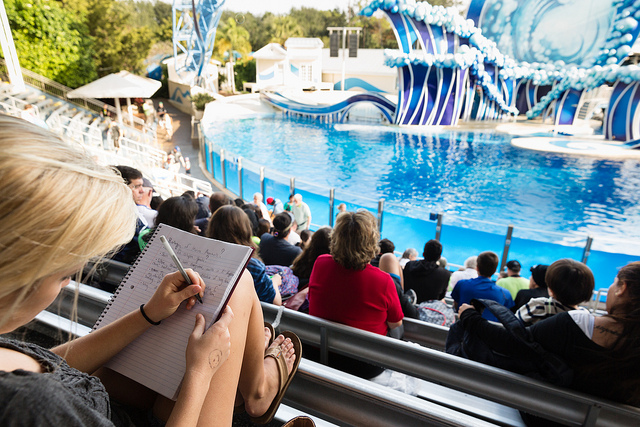 From Pixar to life skills: this year’s intercession

Students spend over three months working to earn roughly four credits in a class; why miss an opportunity to earn two credits in one week? From analyzing the storytelling of Pixar to answering life questions, this year’s Intersession schedule includes captivating classes that offer something for everyone.

“[Pixar films]…What makes them work? What kicks them off? How is the story being driven?” asks Dr. Matthew Forsythe of the English Department. He discusses how Pixar storytelling conveys a unique kind of wonder.

The Plots of Pixar Intersession course will look at Pixar’s 22 Rules to Writing to find out if they can be applied to short stories as well.  “[The idea is to] not only envision our own stories, but craft our own stories, and drive our own stories,” explains Forsythe. Here is an intersession ripe for those interested in writing, English, film studies, communications, and education.

Harris, however, makes clear the distinction between madness and real mental illness. “Madness is fictitious,” he noted. “[The class] will be looking at Kubrick and how he uses madness as a dramatic tool.” In drawing the line between true mental illness and literary madness, this class serves well the purposes of those interested in psychology, film, sociology, and so on.

Other classes ask, what are students not discussing in college? What would be useful for students post-college? Life Questions, taught by the Education Department’s Dr. H. James McLaughlin, aims to answer both of these inquiries.

This course is put together in a joint effort between the professor and students, who decide questions to discuss on a day-by-day basis. From finances to drug concerns, this course is meant to teach pragmatic, relevant information.

Students can take these classes and so many more in January. Whether it is learning about the art here in Orlando, analyzing James Bond movies, learning Chinese calligraphy, studying Linux, or delving into the most recent political events, this year’s intersession listing caters to every student’s interests and majors.

The full list of intersession courses offered for Spring 2018 are: