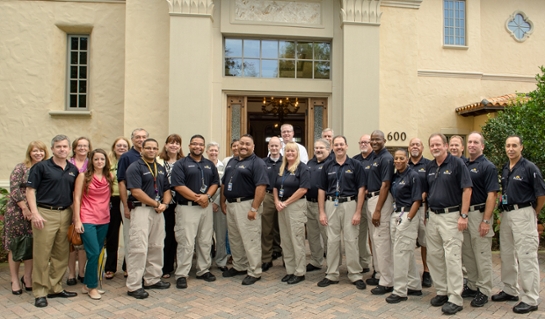 By Christopher Posey on December 5, 2013

The following story is a fictional account created by the author to prove his point; these events did not actually happen at Rollins College.

Jenny was climbing out of her car when the text alert vibrated her iPhone. When she saw the Rollins ID she was annoyed, and dismissed it without reading it, then continued her way onto campus. She had been at Rollins College for eleven months during which she had received eleven test messages from Campus Safety, in the form of texts, accompanying automated phone calls, and even email messages. Dismissing the call when it came, Jenny sighed her dismay; this meant that her mother in Pennsylvania and her grandmother all the way out in Washington, who she listed as emergency contacts, would be receiving similar texts, phone calls, and email messages at this early hour. What a lousy way to start the day! Jenny would call them later to apologize for the continuing nuisance of emergency test messages. When her phone announced the new email Jenny not only didn’t look at it she didn’t even consider reading it, but she did consider logging into FoxLink and deleting everyone’s contact information from her account to put a stop to the incessant annoyances. That’s when she stepped in front of the wild-eyed gunman who shot her dead.

How many of us actually read the emergency messaging system notifications? When you receive so many of them, one every single month, don’t you become somewhat inured to them? Don’t you find that even your curiosity isn’t enough to kindle some interest in the potential danger that the text could be heralding? If you are like the many students questioned during an impromptu survey after the last monthly barrage of test messages, then no you haven’t even looked at those notifications. Had they been actual alerts to a danger on campus, none of the dozens of students asked would have aware of an impending threat, because Campus Safety has become The Boy Who Cried Wolf.

Obviously, a system needs to be in place. History has shown that there are events that require having access to the student body to inform and protect them. And obviously, the current system continues to succeed at its tests, month after month after month after month after… But perhaps, a more effective system would be one that doesn’t deluge students with so many notifications that they aren’t paying attention to them. It is just a thought, but if safety is the goal, numbing people to your safety alerts seems counterproductive. Many students said that if they received a test message at the start of the semester, telling them that it would be the only test message they would receive and that any further texts, phone calls or emails would be in response to an actual emergency, they would be far more responsive to messages. In other words, the alert system would actual alert them and be able to inform them of what steps to take to avoid an unexpected danger.