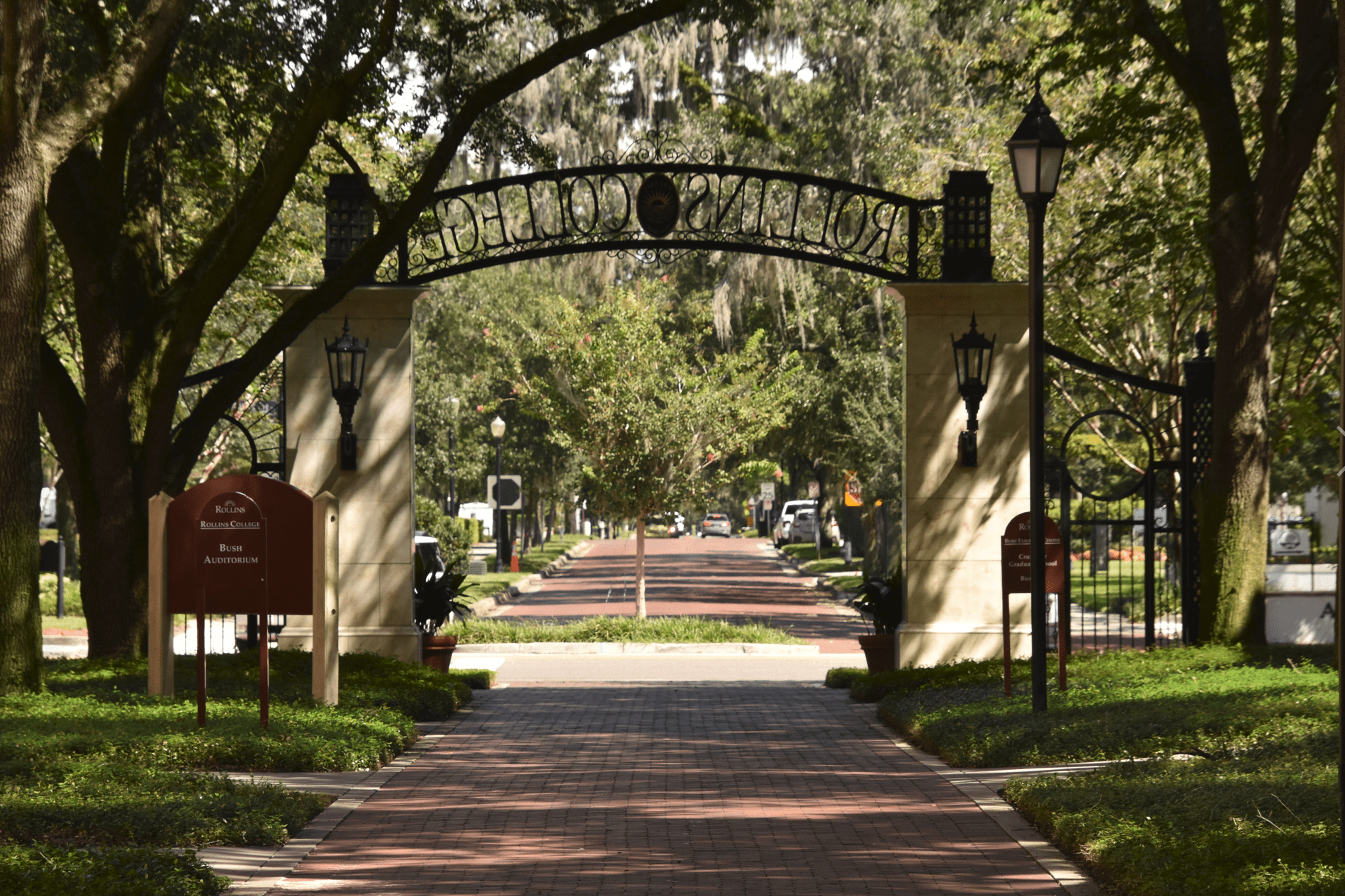 The annual State of the College was presented on Sept. 8 in Bush Auditorium. President Grant Cornwell kicked off the event with a welcome, and quickly turned over the microphone to the first presenter of the afternoon.

The State of the College provided updates on five specific areas: Rollins’ class of 2026, the rebranding of the Hamilton Holt School, the Brighter Together Campaign, the Budget and Capital projects, and the college’s strategic DEI plans.

Vice President for Enrollment Management and Marketing Faye Tydlaska broke down data from the class of 2026 in comparison to previous cohorts. Tydlaska explained that this was the second year in a row that the college’s admission rate has been below 50%, while also highlighting the record breaking size of the cohort.

These trends have been seen at schools nationwide, as COVID restrictions keeping students at home prompted increases in applications. However, potential students have had more active engagement with the college as well. In the 2021-22 academic year, 3000 individual students toured Rollins, which is more than the college has ever seen.

Additionally, the college saw a lower melt than in recent years. “Melt” refers to students who accept an offer of admission and submit a deposit, but who don’t end up attending the institution. Years past have seen melt of 12-14%, but the melt this year was only 10%.

Tydlaska emphasized the context surrounding the class of 2026’s high school experience. She explained that guidance counselors have been saying that these students “come to us in some ways still feeling like high school students because they haven’t had the opportunity to really develop the way [older classes] did.” Tydlaska assured, however, that these students are “academically ready, rigorous, and excited to start.”

Provost Susan Singer provided the updates for the Hamilton Holt School’s public facing marketing. According to Singer, while the Rollins name has demonstrated marketability, the Holt school has struggled to tie itself to the Rollins name in a way that is recognizable to potential students.

In response, the college has been working to streamline the application process for Holt and make it more accessible; it has begun referring to Holt programs as “Rollins Graduate Studies” and “Professional Advancement” to market the graduate and undergraduate programs, respectively. Internally, however, Singer said that the Holt programs will continue to use the Hamilton Holt name.

Associate Vice President for Advancement Myrna Bizer provided an update on the Brighter Together Campaign. The campaign, which was launched originally in the 2012-13 academic year and relaunched publicly in Oct 2021, set a goal of raising $275 million.

As of Aug. 25, that goal had been passed with $281.19 million raised. These funds, among other things, will be used to work on the 5 primary priorities set for the campaign: the Rollins Annual Fund, Academic Strength (programs like Student Faculty Collaborative research), Applied Learning (programs such as the Gateway Fellows), Financial Aid and Scholarships, and the Innovation Triangle (the expansion of the Alfond Inn, and new facilities for Crummer and the Rollins Museum of Art).

$100,000 of the contributions to the campaign were made by students who were attending the college when they donated. Bizer mentioned that these donations have been “coming straight from the students. It’s not their parent(s) giving these gifts.”

VP of Business and Finance Ed Kania provided updates on several projects that the college has been working on as well as the status of the budget. With more students and a higher retention, there will likely be a surplus in the budget, though Kania made sure to emphasize that it is still early so there can be no definitive claims made yet.

Kania ended with updates on Capital projects. The Rice Family Pavilion is fully back online, and the Warren Administration Building is back to functioning capacity. Additionally, the Ward Hall façade, which was taken down to be rebuilt following damage during the Fall ’21 semester, was scheduled to be put back up Sep 9, and be fully reopened following two weeks of landscaping.

The Teidtke Theatre & Dance Center has a tentative date to receive its Certificate of Occupancy on Oct 20, though Kania did express doubts that the certificate would be received before November. Finally, the renovation and addition of 71 rooms in Alfond Inn is scheduled to be completed in July of 2023.

President Cornwell wrapped up the updates by offering each of the 5 DEI strategic task forces a chance to provide updates on their research.

These task forces have been conducting research to provide recommendations to the steering committee by Nov. 7. They have focused on several areas of concern, from the recruitment process for both students and faculty / staff to college policies and academic programs.

President Cornwell also gave a timeline for the college’s strategic plan, which after receiving the task force recommendations will draft the plan and bring it to the campus community for review early in the Spring ’23 semester. Following this, the plan’s approval from the Cabinet and Trustees should be seen by the end of the Spring semester.

In his closing remarks, President Cornwell addressed the faculty and staff-wide raises for the year, which were 2%. Cornwell acknowledged that this raise doesn’t accurately reflect the current inflation rates but said that he is working with the Board of Trustees to get a clear picture of the budget and potentially provide further faculty and staff compensation.

When asked if these raises applied to administrative compensation as well, Cornwell said that admin pay was considered part of the staff pool, and thus would also see a 2% raise.

The college was able to bring in 4 part-time councilors, a Nurse Practitioner, and more. Additionally, one of the counselor positions focuses specifically on multicultural counseling – one of several efforts to diversify the staff of the CAPS program to better serve students.