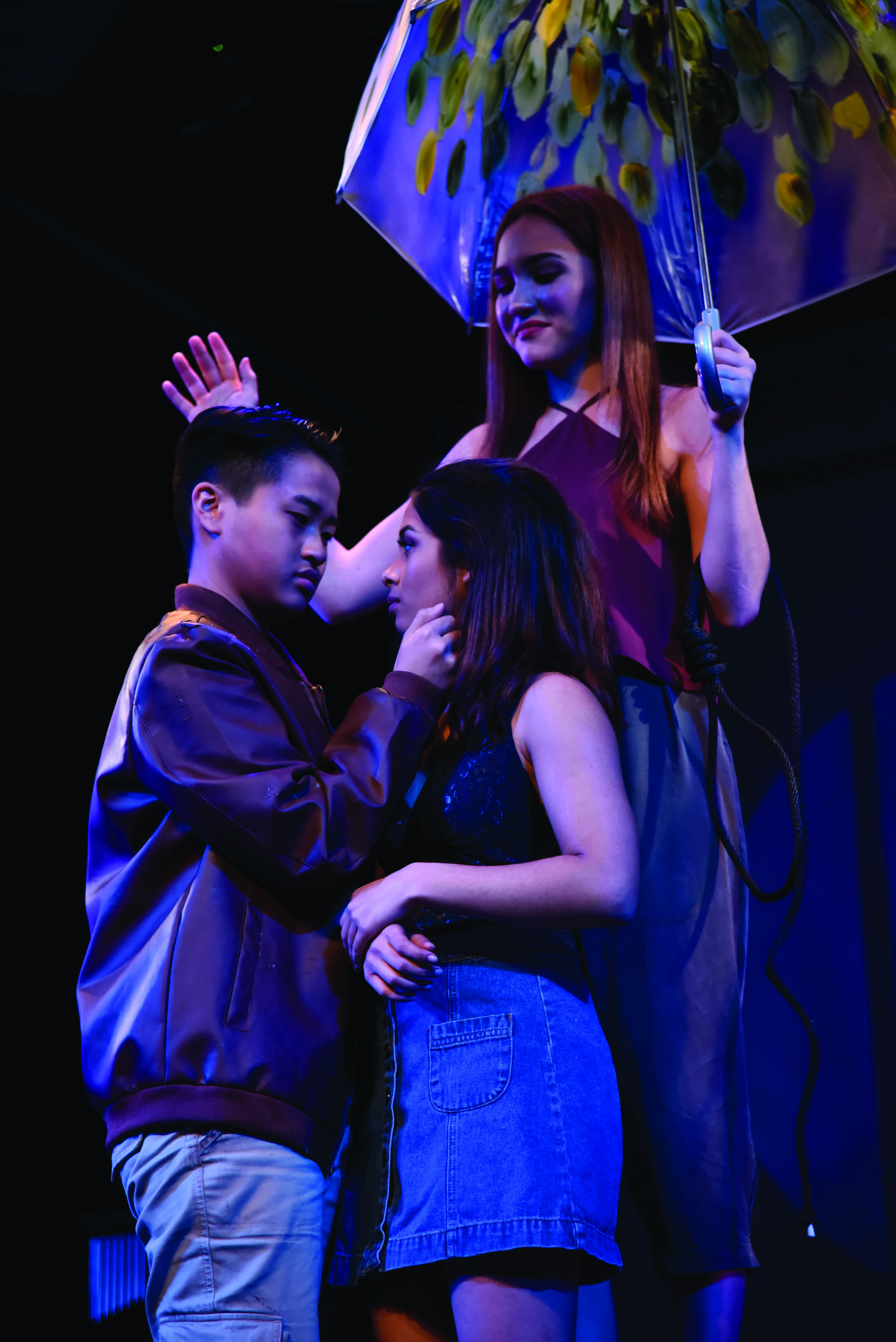 This weekend, the Annie Russell Theatre premiered “The Good Person of Setzuan,” an updated 20th-century epic that  explores what to expect of good people in a messed-up world.

Originally set in the 20th-century Chinese city of Setzuan, this adaptation, directed by assistant professor Marianne DiQuattro, is a fable set in modern-day Orlando.

“The Good Person of Setzuan” is complete with a backdrop of jumbled, familiar-looking road signs, license plates, gas stations, and a bowling pin billboard reminiscent of the late Colonial Lanes.

“Only the gods can help us now,” said Wang the water seller, played by Emmi Green (‘20) while introducing the setting of “The Good Person of Setzuan.”

The city, referred to in the dialogue as Setzuan, is in dire straits, overrun with desolation and desperation as the people starve and beg for work.

Three gods, portrayed by larger-than-life puppets, arrive in Setzuan on a mission to find a truly good person—doing so will prove that Earth is redeemable.

However, when the gods need a place to sleep, everyone in Setzuan slams the door in their faces.

The play’s main character is Shen Te, played by Rina Sukhraj (‘23), a young woman who has turned to sex work to make a living.

When Shen Te gives the gods a place to stay, they gift her with the means to open a small coffee shop so that she can live the life of the truly good person she is.

Soon enough, assertive  family members and hungry people take more than Shen Te can give, foreshadowing the arrival of an ominous, strict cousin, Shui Ta, who has a suspicious familial resemblance.

Shen Te and her love interest, Yang Sun, who is played by Mac Gifford (‘22), bring this production to life. They are supported by a humorous cast of supporting characters—notably the chain-smoking pregnant cousin  played by Sydney Pigmon (‘21).

Even the actors behind the god-puppets showed off their impeccable timing with physical comedy.

Transparency in the production of this show lends to the feel of a true morality parable, as the characters create the scenes themselves and move set pieces.

The audience gets the sense of the show being just for them, forcing them to consider their own privilege or vulnerability.

With the juxtaposition of original and updated elements, the play takes on an otherworldly and timeless space; someone gathers rice, then someone makes a dating profile or looks up Shen Te’s coffee shop on Yelp.

The conflicts are timeless, as well: poverty, greed, and people who take advantage of others.

Does “suffering purify?” Can the good stay good? What does being a good person mean in our world?

The production of “The Good Person of Setzuan” might give you the answer. See it through Feb. 22 at the Annie Russell Theatre.