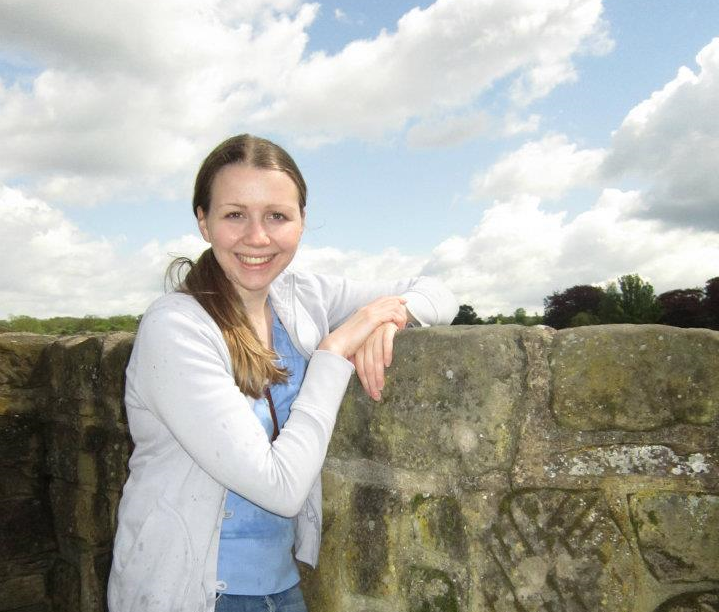 Competing with 700 applicants, Anne Fertig ‘13 was awarded a Fulbright Scholarship to research Scottish history and literature in the United Kingdom.

Folk music was her gateway drug: the attraction quickly became an addiction. While many seniors will be entering their first professional career following graduation, Anne Fertig ‘13, a 2013 Fulbright Scholar, will begin her life-after-Rollins in Glasgow, Scotland. After a rigorous application process and months of anticipation, Fertig was awarded a Fulbright scholarship research grant to pursue her studies of Scottish history and literature in the United Kingdom.

“Research grants for the UK are very competitive,” Fertig comments, “over 700 people applied for 43 scholarships.” Faced with such slim odds, Fertig trounced over 600 contenders. “You have to sell yourself as a cultural ambassador; you have to represent America while learning about the community,” Fertig explains.

Fertig credits her initial interest in Scottish studies to Julie Fowlis, a Scottish folk artist who sings primarily in Scottish Gaelic. It was the music that first aroused her curiosity, but curiosity quickly evolved into a career path: enticed by the music of Fowlis, Fertig explored her interest in Scottish studies by learning the language of Scottish Gaelic, a tongue spoken by just a handful of Scotts. “I’m primarily interested in language preservation and the sense of community that arises among the speakers of a dying tongue,” notes Fertig.

Her admirable GPA and pristine cover letter aside, Fertig’s ample knowledge of the native language positioned her as a preferred candidate, but it was her status as a published author that secured the scholarship: alongside Professor of English Dr. Edward Cohen, Fertig investigated the works of Marion Bernstein, a Scottish poet confined to her home who used newspapers as her only connection to the outside world.

“We collected poems from various sources, arranged them, and created annotations for each poem, as well as writing an introduction and biography of Bernstein,” comments Fertig on her book A Song of Glasgow Town: The Collected Works of Marion Bernstein, currently at the printers and set to appear on shelves in the coming month.

Fertig plans to spend the following two years abroad to complete two masters degrees: one in Scottish history and the other in Scottish literature. Fertig explains, “I am excited to move on to a new chapter of my life, but Rollins has become my home; it is a safe place that helps students build confidence and prepare for the professional world. You don’t have dull classes that you just sleepwalk through. But, more importantly, Rollins has blessed me with lifelong friends.”