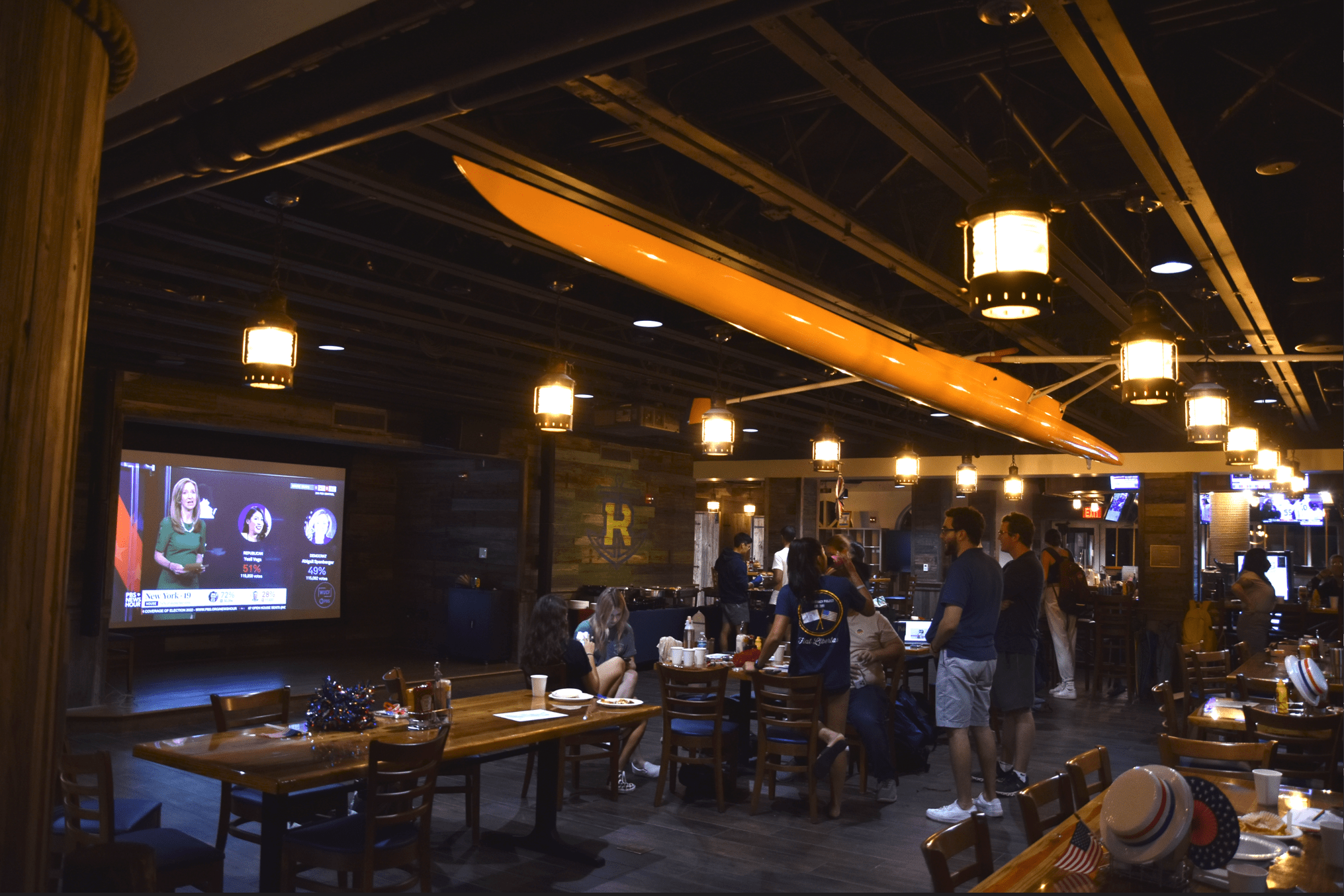 On Nov. 8, Democrats and Republicans squared off in a variety of high-stakes races as Florida’s 2022 midterm elections commenced.

To make the voting process easier for students, Rollins Democracy Project offered hourly shuttles to the polls, followed by a results watch party at Dave’s Boathouse. After a year of divisive political campaigning, both Governor and Senator elections finally came to an end with 99% votes currently reporting.

According to her campaign literature, Congresswoman Demings’ top issues as a candidate were jobs and the economy, healthcare, affordable housing, and the environment. Likewise, Rubio’s priorities were “put[ting] Florida first and defend[ing] America from radical Democrats.” Their months-long media battle ended after Rubio secured 57.7% of the vote, compared to Deming’s 41.3% (Associated Press).

The gubernatorial election was another hot-button race that garnered much attention in the local press.

A variety of DeSantis-backed candidates also secured wins this year.

Republican State Attorney Ashely Moody beat out Democratic challenger and Orlando-resident Aramis Ayala 60.3% to 39.7% (Ballotpedia). Elected in 2017, Ayala previously served as the state attorney for the Ninth Judicial Circuit Court in Orange and Osceola counties. She gained national notoriety in the media after a leaked video showing an interaction with Orlando Police Department officers who were later accused of racial profiling.

Given Florida’s current Republican slant, however, both Governor and State Attorney races were deemed “not competitive” by multiple outlets, with political newspaper Sabato’s Crystal Ball stating that “Florida Democrats are running uphill races against Ron DeSantis and Marco Rubio, leaving little oxygen in their quest to knock out Moody.”

Following controversial redistricting efforts this past January, multiple new congressional seats also opened up in the midterms. Florida saw a variety of notable races for the U.S. House of Representatives, including Winter Park and Orlando’s own District 10.

In the race for Deming’s former seat, Democratic candidate Maxwell Frost secured 59% of the vote, beating out Republican Calvin Wimbish’s 39.5%. As a former campaign manager for presidential candidate Bernie Sanders, Frost is the youngest Representative-elect and the first member of Generation Z to win a seat in the house. For young people in the Central Florida area, Frost’s historic win provided a glimmer of hope amongst the barrage of Republican victories.

A full outline of Florida’s election results can be found here.