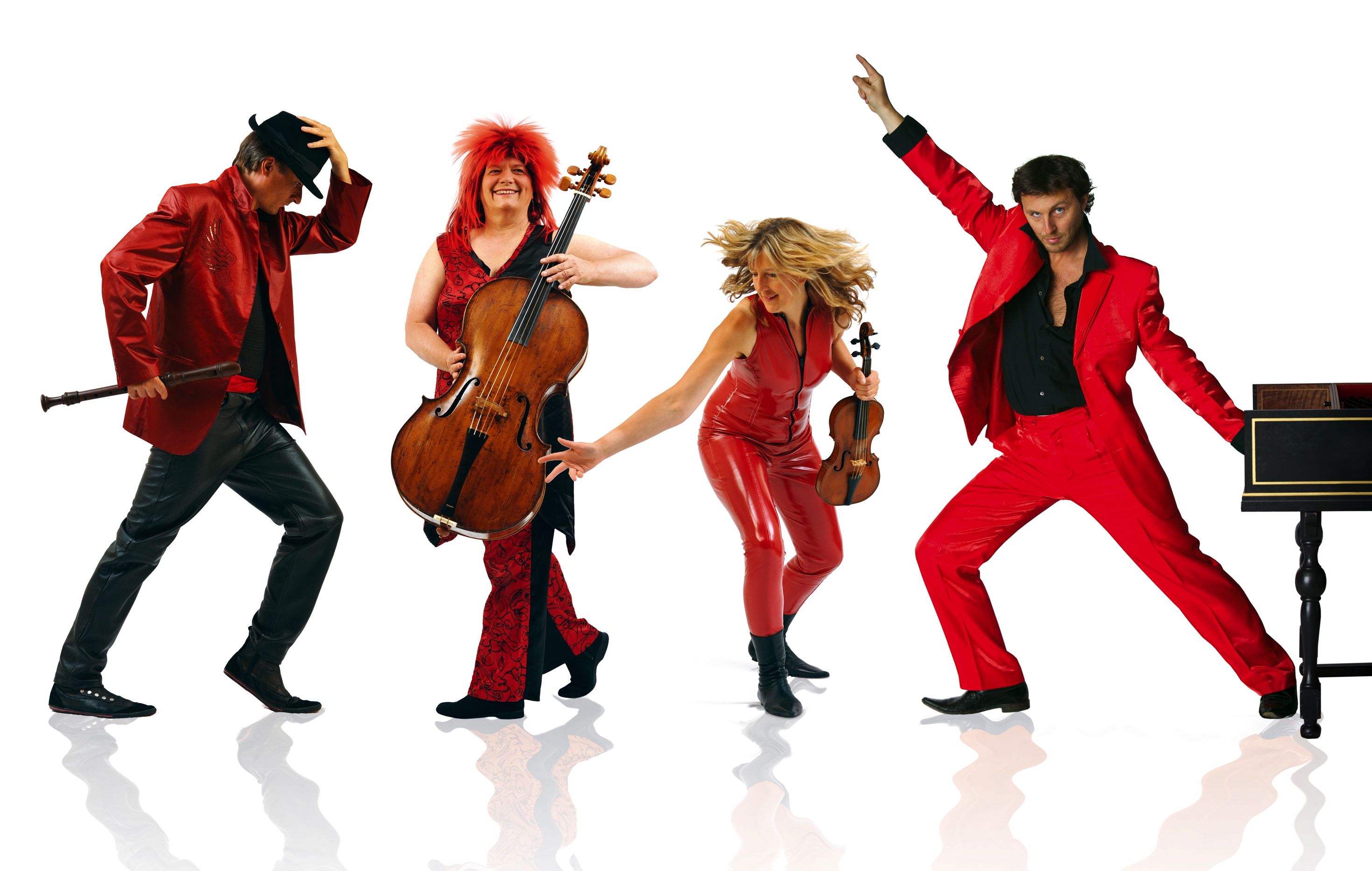 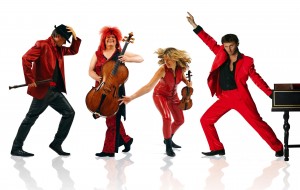 If it can be argued that live Baroque music is in need of a facelift, the members of the period music ensemble Red Priest are the surgeons for the job. Clad in red shirts and black trousers, the British foursome took the stage at Rollins’ Tiedtke Concert Hall on Sunday afternoon, infusing an all-Baroque program with a fresh aura of whimsicality.

Established in 1997, Red Priest is known for adding a nonchalant and humorous spin to Baroque classics. But the joviality is never at the expense of top-notch musicianship; the interplay between Piers Adams, recorders, David Greenberg, violin, Angela East, cello, and David Wright, harpsichord, is accomplished superbly. Their repertoire, performed mostly from memory, allows for stylistic liberties and improvisation, all carefully controlled by the group’s remarkable synergy.

And so it went on Sunday’s concert, presented by the Bach Festival Society. The contrapuntal textures of the Overture of Handel’s Messiah displayed the ensemble’s accuracy. Sensible phrasing held together the swirl of melodies as the group synthesized Handel’s music – featured throughout the program – into a delectable four-instrument arrangement.
The array of Adams’ period recorders underneath the harpsichord showed the toolbox of a unique artist and entertainer. Most of the concert served as a showcase for his complete mastery of the exotic instrument. A musical pastiche, “The Messiah Suite: Part 2”, started with a soulful bass recorder—its peculiar shape might remind you of something you would find underneath your kitchen sink —over a pedal tone on the cello.

The performances were most rewarding when the pace slowed down and the theatricalities subsided, which still allowed for much charisma to be infused to the selections. Besides improvisation over figured bass lines, the group added percussive effects—fluttering over the mouthpiece of the recorder, light drumming on the back of the violin, and foot tapping—and a subversive battle of squeals between violin and cello in the last movement of the Telemann sonata.

Still more memorable were “The Messiah Suite: Part 3”, which amusingly mixed a guffawing snippet of Happy Birthday with the ‘Hallelujah’ from the revered oratorio and a tongue-in-cheek walking bass line on the cello, and a medley titled “Bach on G”, featuring solo spotlights for East and Greenberg. The latter entered to join the cello almost imperceptibly, a great feat in attack and control of dynamics; this was followed by a rambunctious Scottish fiddle jig. The sound was a potpourri of styles, impossible to turn away from, yet curiously artificial, but always wrapped up with a bow of inimitable musicianship.

My lingering recollections of Red Priest’s delightful take on the Telemann sonata makes me think that the German master would not have had it any other way.