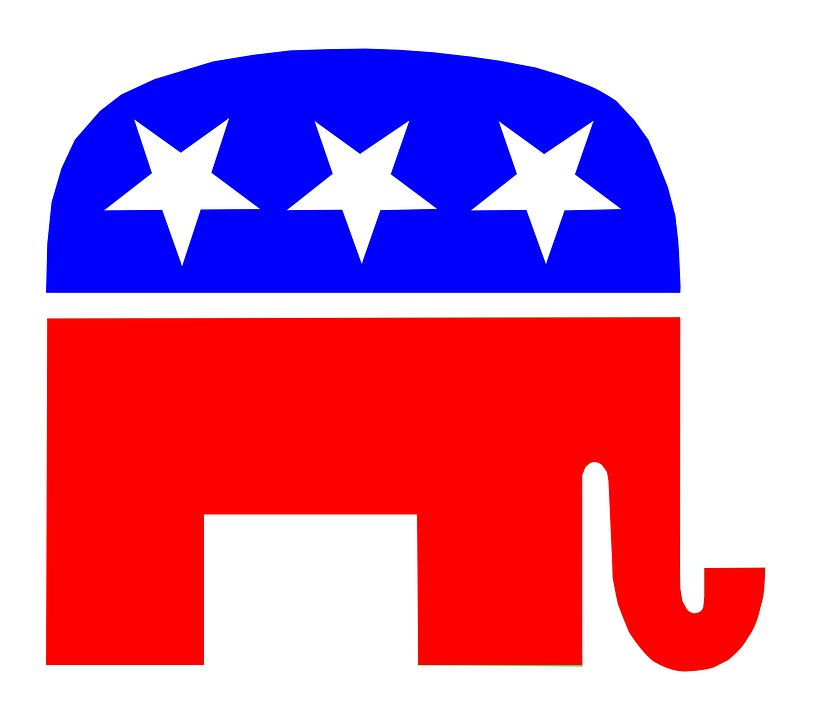 The Sandspur interviewed Victoria Scott ‘19, the founder of the Rollins Republican Club, to discover her goals and identify her reasoning for starting this organization.

Scott noticed on the Rollins campus and college campuses throughout the United States, it is more common to see students and faculty with strong liberal beliefs than conservative beliefs.  She wanted to create a space for

Klens: So Victoria, can you give me a general description of your time as a conservative during your college experience?

Scott: I was a student at Elon University as a freshman, but I felt like I couldn’t voice my opinions all the time, and in general I felt shunned.

K: Would you say that Rollins is a better environment to be conservative?

S: It’s hard to say…not all college campuses, but the majority of them, are very liberal, so I wouldn’t say I feel “safer” in essence to voice my opinions because I have definitely felt shunned here at times, but for the most part I feel like the school was more open in letting me start the club. It took some time but I’m glad it finally got established.

K: When you say you feel “shunned,” what exactly do you mean? Threatened?

S: Not necessarily threatened. I’ve had professors tell me their political views from the get-go and that made it feel as if I couldn’t freely share my opinions in class. I’ve witnessed that on papers as well. I remember one professor gave me a lower grade on my final exam paper because he didn’t agree with my views…. It is what it is, and I’ve come to acknowledge that, so I’m glad I have this club to serve as a sanctuary, in essence, for students who are Republican to voice their opinion.

K: Could you describe a little the process of founding the club? It’s my understanding that last year, you tried to set up the club, but you were unsuccessful. Only three people showed up?

S: Yeah, well, three is more of an exaggeration per se but towards the end of Spring semester only about three to five people showed up. But to be honest, I don’t believe the club was really established. It was more as a safe haven, but what I really wanted to do was prove that we could have conservatism on campus which is why I went through the whole process of having the constitution completed, finding an advisor, and going to the meetings necessary to start a club.

K: Did you have trouble finding the advisor?

S: Finding an advisor has been very difficult. I emailed a variety of different professors…. I’d say between eight and ten, and I got either no response or a “no.”

K: Typically professors on liberal arts campuses tend to be left inclined to very far left. Do you have any commentary on the apparent ideological imbalance? Or about the lack of ideological neutrality you have encountered?

S: Well, people who want to go into academia are incredible because they want to better their students and make their students leaders, but at the same time a lot of them tend to really be into academia itself and so hold more liberal views. People who work on Wall Street, for example, are very practically involved, so their positions are more conservative. These different experiences, I believe, influence each groups thought.

K: When those twenty-eight or so people came to your meeting, what did you think?

S: I’m ecstatic! I actually had people email me today saying they would have liked to come but couldn’t. About thirty-five people expressed interest to me.

K: Compared to last year’s turn out, do you suppose this massive growth is because there is a Republican in the White House?

S: I’d say so. I think it’s given the Republican party a sense of confidence and empowerment because we definitely lost that during Obama’s presidency but were able to get back up with this past election.

K: Do you know of other students who have felt unwelcomed due to their conservative beliefs? Has anyone tried to actively dissuade you from this venture?

S: Yeah, there were people who came up to me and said “Why are you doing this? You’re just going to hurt yourself. It’s not worth it, your grades are going to suffer,” from both sides of the political spectrum.

Conservative students feel like their grades will suffer if they express a conservative point of view. They are afraid to express Republican ideals. I fear that myself! My grades have been strong but I’ve had professors drop my papers and assignments entire letter grades, and that’s a big jump. I thought about it a lot, and I realized that if I didn’t do anything about this, it would be dishonest. I want to be a leader, I don’t want to be a follower.

S: Yes, I was considering calling the club the ‘Rollins College Conservative Union’, but I’m by no means a Tea Partier, I’m not really far on the right. As of now, it will stay the Rollins Republicans Club, but I might change the name to incorporate some conservative value.

K: What are your aspirations for club activities?

S: Well because there isn’t an election going on, it’s hard now. Really, I’m focused on having the club be a strong base. Right now I just want to have fun activities to get people involved as well as have discussion of current events. It’s sort of a conservative ‘think tank’ where we can freely express and discuss without animosity.

K: Do you have any short term goals you’d like to communicate?

S: I’ll say that the majority of college campuses are liberal, perhaps to a fault, and that it is difficult to voice conservative ideas because they feel like they won’t be liked. There is a lot of social pressure to conform. People don’t want to be the outlier, they want to be in the group. When I sent that email, it was kind of audacious like you said, because now people know I’m a Republican and that obviously has negative connotations to some people.

K: Would you say that young conservatives tend to be like yourself? Maybe more socially liberal than the older conservatives?

S: Yeah, the tide has definitely shifted in that regard. Old Republicans were more by the book in following Republican ideals, and with Trump’s presidency, a lot of people think we are all like Trump, but not all of us are.

K: How much do you agree with this statement: ‘College should offer a platform in which different views should be considered and debated.’