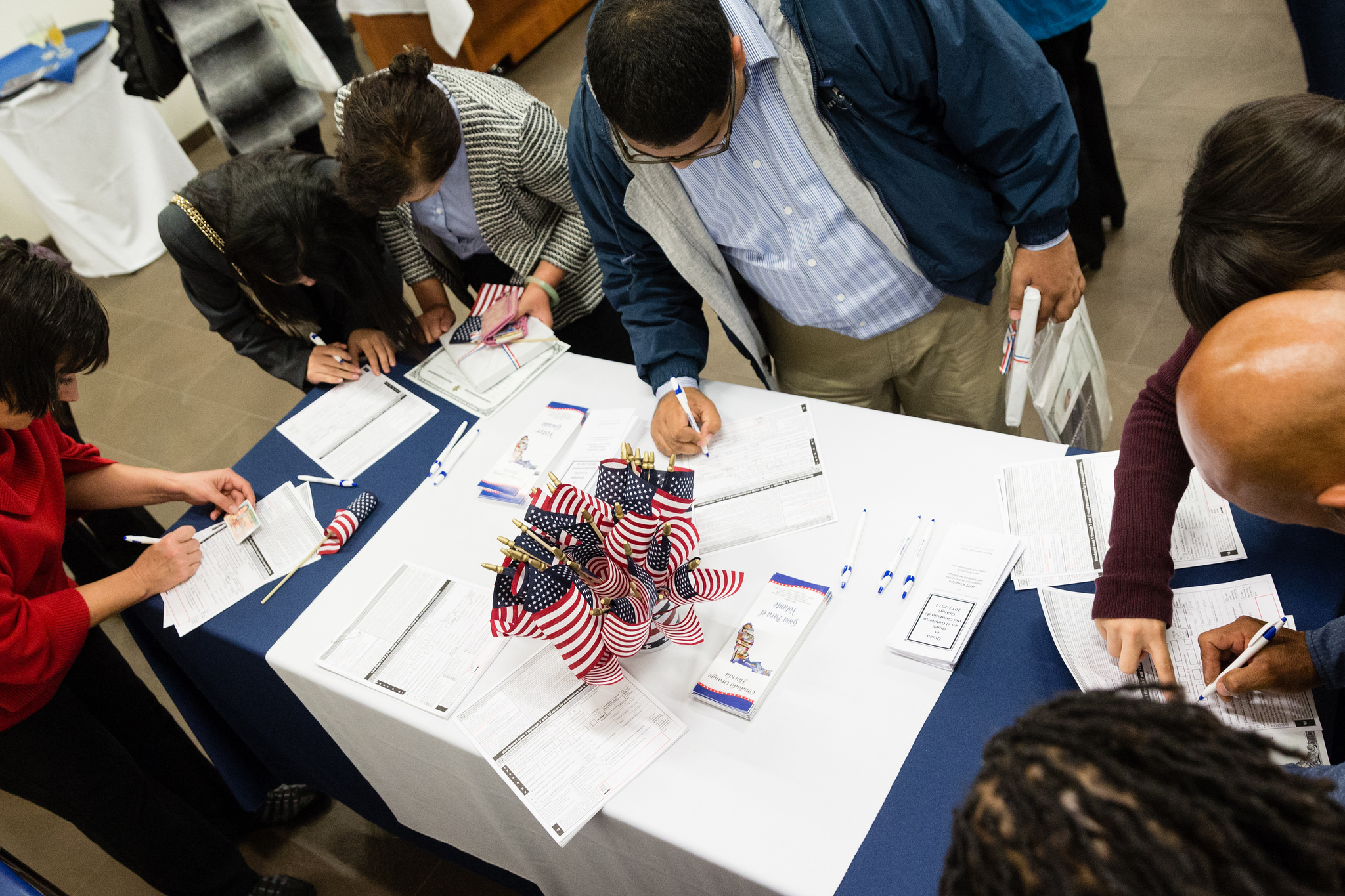 By Heather Borochaner on October 5, 2017

Florida is one of only three states that does not restore the right to vote to felons after the completion of their sentence and probation.

The Florida Rights Restoration Coalition (FRRC) is looking to change that. According to the FRRC, in withholding this right from felons, Florida takes away the voting rights of 14 percent of Floridian adults.

This is a problem that the people behind the Say Yes to Second Chances project want to rectify. If it gains enough support, voting rights may be restored to felons who have completed their sentences and probation, except for those guilty of murder or crimes of a sexual nature. According to the Say Yes to Second Chances website, the movement needs nearly 700,000 total signed petitions to make it onto the midterm ballot in 2018.

Neil Volz, the project manager of the Florida Rights Restoration Coalition, has been working on voting rights since the early 2000s. To him, the issue is personal.

In 2006 Volz pled guilty to one count of conspiracy as part of the The Jack Abramoff Indian lobbying scandal. This incident  ocurred in 2005, when political lobbyists fraudulently charged Native American tribes millions of dollars. Volz was the sidekick to ringleader Jack Abramoff, earning him two years of probation, a fine of $2000, and 100 hours of community service. Even though he faced no jail time, he is not allowed to vote in Florida. But, this is not just about him. In a phone interview with Volz himself, he stated, “This is in every community. This is a great opportunity to make our state a better place.”

Data from the Florida Parole Commission shows that felons are three times less likely to commit a crime again when they have the right to vote and actively participate in their communities. With less people going to prison, the state does not have to spend as much money on the court procedures or prison conditions, which would result in more money going back to the taxpayers.

Florida has always been an outlier when it comes to felon voting rights. When Charlie Crist was governor of Florida from 2007 to 2011, he restored the right to vote for felons who completed their sentences, but after Florida’s current governor, Rick Scott, was elected, that right was taken away again. Unlike Florida, other southern states like Georgia and Texas have made commitments to making changes in their felon voting policies. In those states, once individuals convicted of felony complete their sentences, they are eligible to vote again.

Though big changes like this do come with concerns. Should someone who was convicted of treason really have the right to vote, even after they have done their time? “When a debt is paid, it’s paid,” Volz said in response to such a question. He wanted to make clear that the punishment given by the judge is final, and that anything past that is not the proper punishment for the felon, and that it is their time to become an American citizen again with all the rights that come with being one. His goal, and the goal of the FRRC, is to improve people’s lives. The petition to support the Voting Restoration Amendment can be printed and signed at this web address: https://www.floridiansforafairdemocracy.com/sign-the-petition

“This is the biggest voting rights issue of our time with national implications and it’s happening right here in Florida,” said Barbara Markley, member of the Florida League of Women Voters, in an email. “Rollins students who participate in this statewide project are helping to make history, thereby proving that our democracy is still vibrant and strong.”