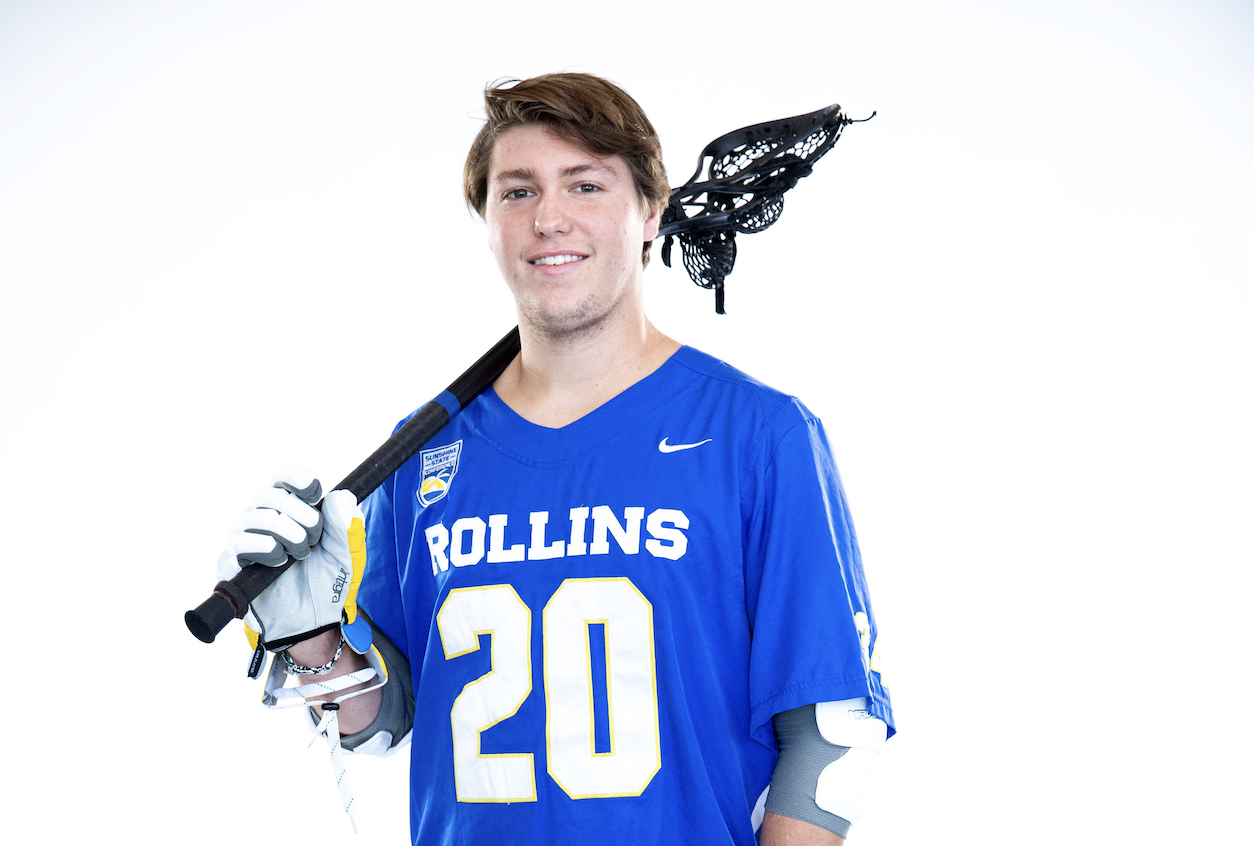 Student athletes stood in silence, holding candles along the path to the Knowles Memorial Chapel where Joey Cinque’s celebration of life was held last Thursday evening.

Cinque, a junior and member of the Men’s Lacrosse team,  was best known for his smile and big heart. He passed away on the morning of Jan. 19 in an off-campus residence, according to the police report.

Attendees at his celebration of life were asked to wear Rollins sports attire with his jersey number, 20, in honor of Cinque’s place on the sports team. He was also a member of the Sigma Alpha Epsilon fraternity.

The service was led by Rev. Katrina Jenkins, dean of Religious Life. She began describing who Cinque was as a person based on discussions with people who knew him. Everyone she spoke with talked about how caring he was toward others.

“Joey loved hard, and in return was loved even harder,” said Jenkins.

Cinque was a practicing Christian, and Jenkins read his favorite scriptures from the Bible. His favorite passage was Psalm 55:22, which Jenkins believed would be a message of comfort for those mourning his passing: “Cast your cares on the Lord and he will sustain you; he will never let the righteous be shaken.”

Jenkins offered words of comfort and said that everyone goes through grief differently. Celebrating one’s life instead of only mourning it is a great way to honor them and work through the pain of loss, she said.

Lacrosse Head Coach Christopher Lewis celebrated Cinque as he spoke about how he positively affected his life.

Cinque joined the Lacrosse team in 2017 and had to miss his first two games due to an emergency appendix removal. Notorious for the amount of food he could eat, Cinque devoured a large sandwich before his operation, despite the rule that he could not eat twelve hours beforehand.

Once he was able to play in the third game of the season, the “baby-faced” teammate, as Lewis called him, quickly made a name for himself in his ability to put the ball in the back of the net.

His scoring was so remarkable that he was named Newcomer of the Year in the Tommy Awards in 2017.

Throughout the service, more prayers such as the Peace Prayer of St. Francis were said, and musical selections including Ave Maria and Amazing Grace were performed.

The service ended with tears, but Jenkins stressed the importance of telling stories, looking at pictures, and remembering all the light that Cinque gave to the world.

“Rollins was the only school he applied to,” she said. “This was where he wanted to be.”