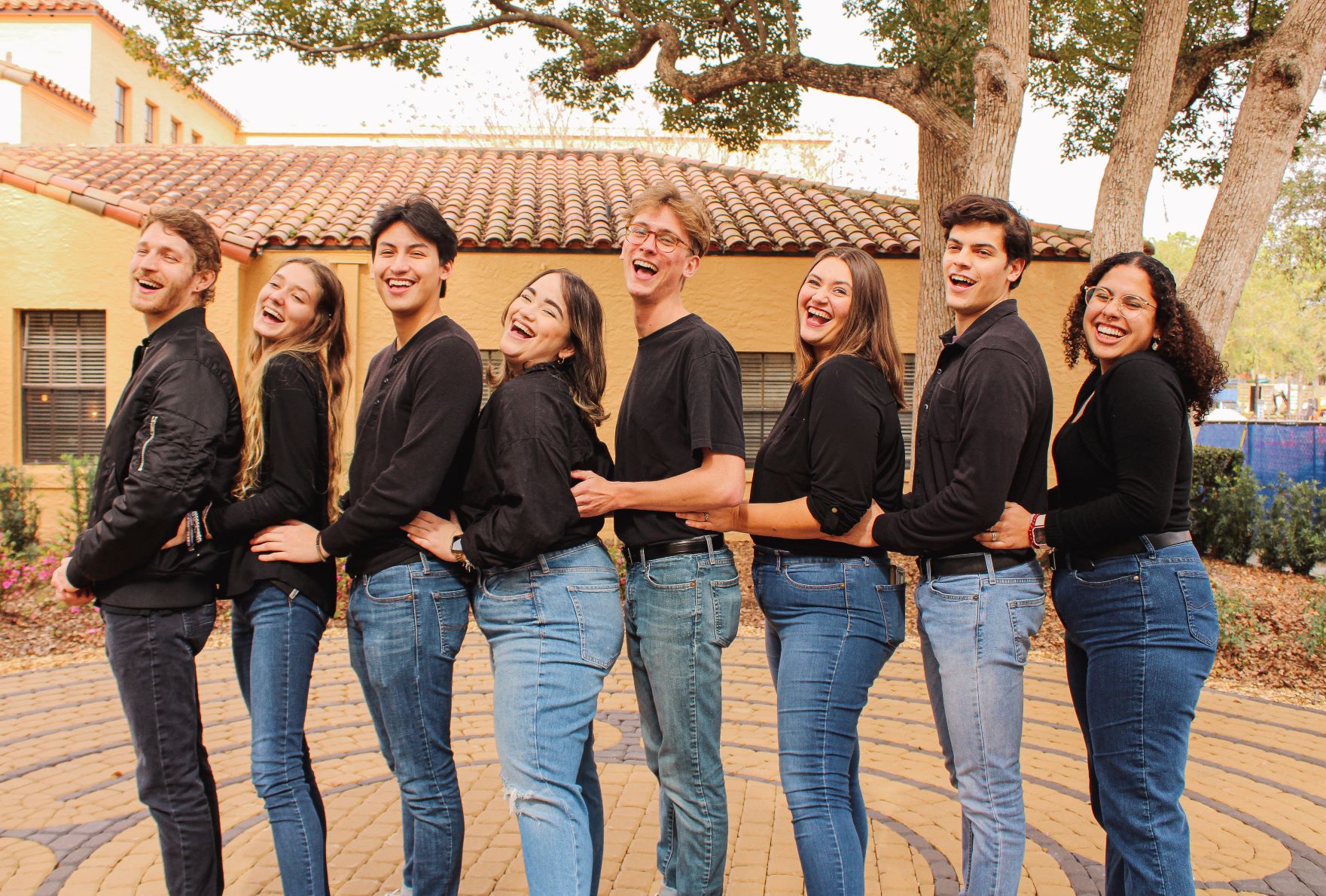 “We got baggage, emotional draggage, and we been luggin’ around this baggage a long, long time,” sang a cast of men and women on the stage of Tiedtke Concert Hall.

A gleeful choreography, accompanied by riotous laughter from the audience, set the stage for the Rollins Department of Music’s presentation of the cheeky musical “I Love You, You’re Perfect, Now Change,” with music by Jimmy Roberts and book and lyrics by Joe DiPietro. Each scene and vignette of the musical stood independently, but together they displayed an arc of the bumpy politics of love and marriage.

Broadway veteran John Cavazos, adjunct professor of Voice and the show’s director, worked alongside musical director Jamey Ray, Voctave founder and associate professor of Music, Theory and Technology, to bring the show to life. The production took place from March 25 through March 27.

The musical hones in on the awkward, cumbersome, and tricky nuances of dating life. Act one’s triumphs and tribulations are followed by scenes of suburban marriage (and some bridesmaidship) in the second act. The musical segues from songs like “Cantata for a First Date” to “A Stud and a Babe,” and from “The Baby Song” to “I Can Live With That,” which is sung by two old widows who are considering dating again. It is a lively lineup infused with witty quips and cutting-edge lyrics.

“I Love You, You’re Perfect, Now Change” is perhaps not geared towards those who want to see brainier relationships take form between artistic or alternative characters. Each character is remarkably “normal” when it comes to ascribing to their gender archetypes. A girl freaks out when her new beau calls, a man complains about his wife driving him insane while he is behind the wheel, another man complains about his wife taking too long at the mall. All of these jests can leave one wondering— is the show endearing or outdated?

Perhaps it is both. Seeing as the Off-Broadway production opened in 1996, there is no inclusion of the technological side of dating or modern developments, and yet many of the scenes—including the dramatic family car ride in the song “On the Highway of Love”—remain timelessly relatable.

The Rollins production of this musical was embellished with colorful props and visually captivating staging, which further enhanced a show that does not typically call for a formal set. The eight cast members performed the first act in colorful tie-dye outfits and emerged in all-black for act two.

In “The Baby Song,” Malone serenaded a teddy bear while singing verses like, “Once I became a parent, I became quite incoherent; ma ma, ma ma, da da, woo hoo hoo.” Gomez wore a dazzling crown in “He Called Me,” as Pacheco and Teague, her pizza delivery men, danced around the stage with oversized pizza boxes.

And for the grand finale, Malone, Rueda, Pacheco, and Teague all got down on their knees and proposed to Gregg, Montilla, Gomez, and Efta by cleverly unwrapping ring pops. All of these unique touches brought an already-charming show to an even higher level of hilarity.