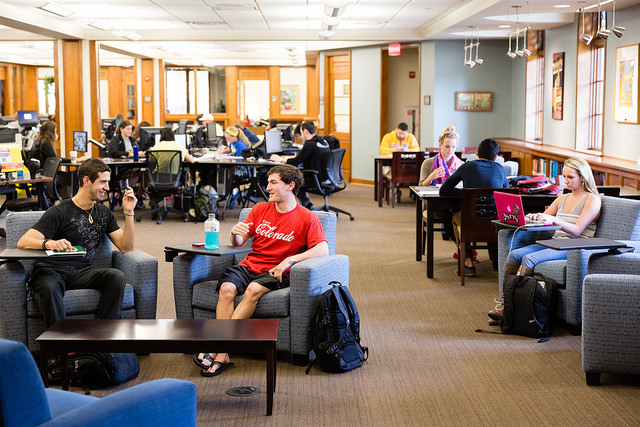 The office coordinators of Title IX at Rollins have been sending out their annual survey via email. They have implemented prizes as an incentive to increase the percentage of student participation in the survey.

Currently the school has just surpassed thirty percent participation, which in my opinion can be mostly attributed to the input of Greek life members and professors. Sororities require their members to take the survey. For other incentives, some professors offer extra credit for participation. Some work study students can take it while clocked in. Students have been pushing the survey on social media.

Prizes are not meant to be the only incentives for the completion of the survey. But let’s be honest. Students should not need prizes or any other kind of incentive to feel compelled to complete this survey.

The subject covered in the survey is one of upmost importance: sexual assault.

During my time at Rollins I have heard and been told several times that the Title IX office does not appropriately handle sexual assault cases. This survey provides a platform for students to voice their concerns and share personal experiences in hopes of improving the manner in which Rollins handles sexual assault charges, instead of just talking amongst themselves and seeing no improvement to the system or awareness among the administration.

The survey is totally anonymous. The email sent to the campus stated, “Participation in the survey is voluntary. If you decide to participate, you can skip questions or stop participating at any time without penalty. Refusal to take part in the survey will not result in any negative consequences.”

There are a multitude of reasons as to why the student body might not participate in the survey. The length of the survey might be one of the factors since it takes around ten minutes to complete. This is not a lot of time, but it feels like a lot in comparison to the usual 30 second surveys Rollins sends out.

Additionally, I think a great deal of students don’t realize what the survey is about or what it plans to address. While there is a tiny section on the email that states, “Campus Climate Survey on Sexual Violence and Relationships,” I’d say the majority of the email’s layout is dedicated to speaking about the prizes. Even the subject line includes the percentage of participation rather than the subject matter. Stressing the prizes and the participation over the improvement that could come about on campus seems backwards to me.

One of the other complaints I’ve noticed revolves around the questions asked in the survey. Much of them were questions about the presence of sexual violence on campus. While these questions are important, many have mentioned they wished there could be a bigger section relating to the Title IX office at Rollins more specifically.

One student who completed the survey, Josephine Peloquin ’18, stated, “I think they should have incorporated an area where we could have wrote down our exact thoughts on the issues we had with Title IX and how the school handles issues.

“Letting the school know that we have issues is a good start, but we should be able to state what we think is wrong, so they can fix it”.

The email also noted this about the questions and the survey: “There are no risks in participating in this survey beyond those experienced in everyday life. At the end of the survey, you will be given information about resources should you wish to talk with someone.”

While the climate survey has an extremely important purpose, I think the general lack of awareness and understanding of importance for the survey plagues the campus. This survey is crucial to the well-being of Rollins students in order for Title IX to take action against sexual assault on campus. Whether you win a keychain or not, it’s something that deserves ten minutes of your time. We need to be giving feedback as a campus in order to better our environment.