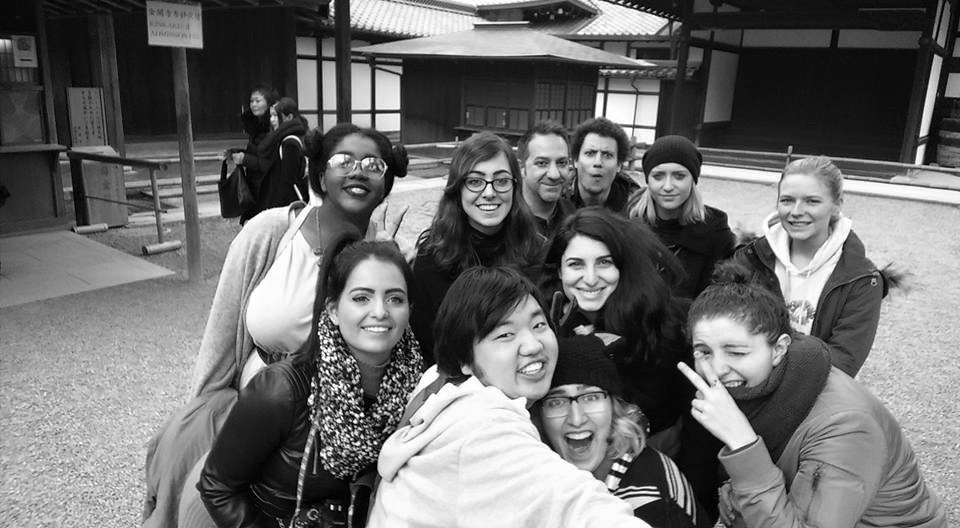 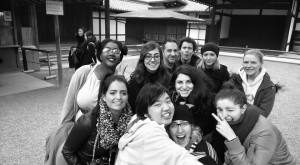 From December 29 to January 9, a group of 12 Rollins students embarked on the field study “Japan: Religion and Pop Culture.” Led by Dr. Mario D’Amato,

the trip started in Tokyo, with students exploring famed districts like Harajuku—a hub for youth culture and shopping—and ended in Kyoto, with a walk down the centuries-old Philosopher’s Walk and a day trip to Mt. Hiei, home of the Enryakuji shrines.

Isabela Figueroa ‘18, one of the students on the trip, enjoyed the variety of locations visited and their influence on her perception of both Japan and her home country.

“I really didn’t know much about Japan or its history, so this experience was the first time I really learned anything about the country,” she said. “I learned so much, not only about their culture, but even about my culture and how I, as an American, relate to the rest of the world.”

Aside from the pop culture aspect, the field trip focused on religion in Japan, specifically Shinto and Buddhism.

While in Kyoto, the group toured one of the most famous Zen Buddhist temples in the country, Kinkaku-ji, also known as The Golden Temple. “My favorite place was probably the Golden Temple,” Figueroa said. “It was so beautiful and there was something almost mystical about the environment and experience.”

D’Amato, the faculty leader for the trip, had led the field study one time previously, and was glad to see new sites and revisit others.

“I was delighted to see Enryakuji, which I hadn’t made it to before,” he said.

“[It is] nice for me to see some new things, but I also take pleasure in enjoying places visited in the past… There’s almost a comfort [in knowing that] this place is still here, in the real world, not just in a kind of fantasy land.”

Throughout the field study, students were encouraged to take the lead in navigating through the city to these destinations. They were responsible for guiding the group through the subway system and bus routes, as well as finding nearby restaurants large enough to fit all 13 travelers.

“I felt that a key thing I try to convey is that feeling of, ‘Hey, I could find my way around in a completely foreign city on the other side of the planet,’” D’Amato said. “I do feel that a lot of students got that experience, which made me feel good.”

Students appreciated this immersive approach to learning, especially during the latter half of the trip.

Many of the religious sites visited were in Kyoto, which Shantell Mitchell ‘18, a Asian Studies and Religion double major, especially treasured.

“There are so many shrines, and it just feels like the Japan that I imagined,” she said. “I completely fell in love with the culture when I got there because I started learning things that you can’t necessarily learn from just a book or by being surrounded by Americanized Japanese pop culture.”

Though the primary purpose of the trip was for students to learn about Japanese culture, the way the group bonded over the expedition was a priority for D’Amato.

“[It is] definitely a learning experience, but at the same time it’s a kind of experience that contributes to the forming of groups and the sense of community at Rollins,” he explained.

“That’s what I’m a little more focused on in a way, too, because the learning happens almost on its own… You learn through just the experience of being in that environment, in every last observation you make.”