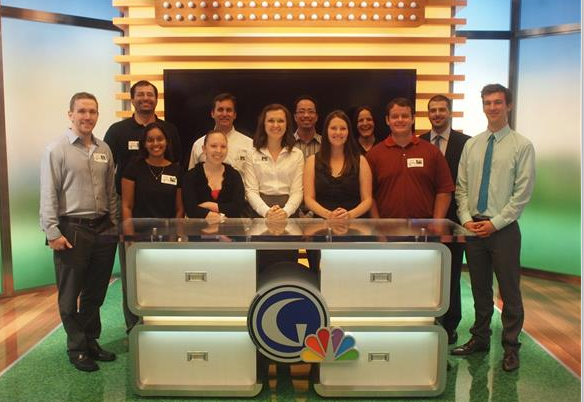 The Rollins Entertainment Business Association hosts media industry speakers to show students the business behind show-business. The student run association has been increasingly present on campus.

REBA! No it is not the fiery maturing southern belle red-head we have come to know, but the Rollins Entertainment Business Association. With a growing popularity on campus, REBA proudly presented the event: “REBA Media & Entertainment: Rising above the Glass Ceiling.” The panel took place on Thursday, April 10 from 6:30-8:30 p.m. in the SunTrust Auditorium.

To further our grasp of REBA’s excellence, before tackling what the event entails, we must look to its ever extending history. REBA is a student run organization on campus that “strives to increase knowledge of entertainment related industries and career opportunities within the Rollins Community by attracting industry speakers and facilitating relationships between students, faculty, and alumni with common interests in these industries.” REBA is extraordinarily unique in that it is encompassing of the academic, professional, and social while looking at both media and entertainment rather than choosing just one. This tri-force of accomplishment yields to the past and future successes that are this organization. Professionally speaking, REBA works on the creation of different programs that “support career development in media and entertainment related businesses for Crummer Students,” look for the provisions of recruitment within media and entertainment for Crummer, further strengthen the alumni network within the field, and even volunteer “with local Media and Entertainment companies to facilitate networking and promote M&E presence within the community.” REBA’s media and entertainment is also not limited, but enveloping of film, television, digital/new media, gaming, music, radio, sports, theater, and live performance arts. This diversity allows for greater opportunities and involvement. As they continue to expand on-campus connections and opportunities, we come to the event that took place on Thursday.

The event ‘Rising above the Glass Ceiling’, generously funded by Fox Funds, consisted of catering, marketing, a Q&A, and networking with a panel inclusive of the Golf Channel’s VP of Strategic Programming Partnerships Andrea Starkey, and Director of Film & Digital Media for the Metro Orlando Film Commission Sheena Fowler.
The event provided a refreshing and exciting opportunity for students to come out and see where the discussion goes while simultaneously learning more about what it is like out there in the work world and gaining a greater understanding of the current issues