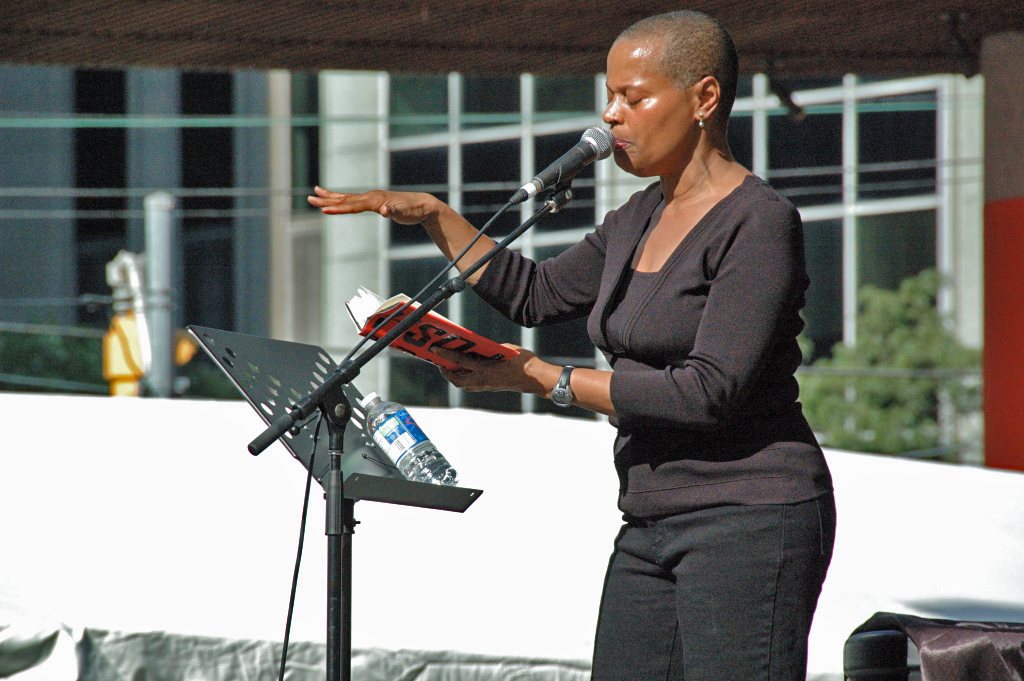 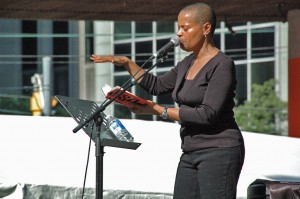 Sapphire, author of the novels Push (1996) and The Kid (2011), will visit campus on Thursday, February 5, as part of Winter with the Writers.

Push is a best selling novel that tells the graphic story of Precious, an obese and illiterate African American teenager.  Precious is abused by both her parents and attends an alternative school where she begins to make her first steps towards literacy. Push was made into an Academy Award-nominated film, entitled Precious. The Enzian hosted a free showing of the film on Wednesday, February 4, attended by Sapphire.

The Kid, the sequel to Push, and Sapphire’s most recent book follows Precious’ son, Abdul, as he grows up. Abdul struggles with the molestation and abuse he suffered as a child and finds solace in dancing.

Both of Sapphire’s novels are controversial because of her commitment to social realism and her often-graphic descriptions of rape and abuse.  Sapphire also employs a distinct style—she often writes using stream of consciousness or the way people actually talk.

Sapphire is also known for her poetry and has had several volumes of poems published in the nineties. Also, at the end of Push is a section of poetry written by Precious.

Every year Rollins puts on a literary festival, Winter with the Writers.  A different author will visit Rollins each Thursday during the month of February.  The lineup for this year is Sapphire on February 5, Natasha Trethewey on February 12, Malena Morling and Katie Farris on February 19, and Amy Bloom on February 26. Each writer will host a master class at 4:00 PM in Bush Auditorium.  These classes are open to the public, and the visiting author will workshop student work and discuss the craft of writing. At 7:30 PM, each author will read from their books and have a Q & A session, followed by a book signing