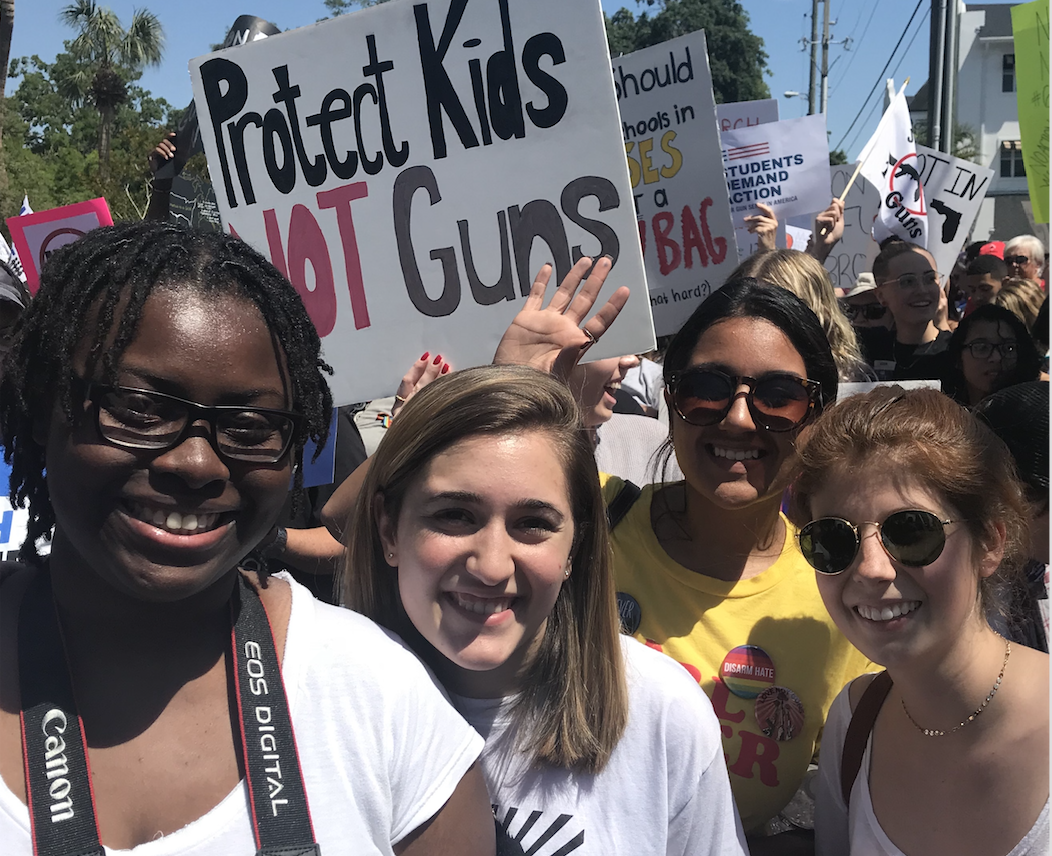 Rollins students stood alongside, approximately 25,000 people in a march against gun violence  and in support of gun control at The March For Our Lives in Orlando.

The march was led by a group of Marjory Stoneman Douglas High School students, family members, and alumni. It started on the outskirts of Lake Eola Park, and it continued to the Orlando City Hall. It was in solidarity with marches across the country and world.

Renee Sang ‘21 said, “It was very inspiring seeing such a variety of people at the March all fighting for a common goal. It’s often difficult to be taken seriously as a young person trying to make a difference, but everyone at the event was very encouraging and supportive.”

A large number of Rollins students, alumni, and a few faculty and staff members were present at the march. Rashuana Cambel ‘20 added, “I felt really empowered… there is no better time for change than now.”

Sang ‘21 said, “I think it’s been very eye-opening to notice how much profit and power plays into the way our government is run, but ultimately it still comes down to the individuals of this nation that make the difference.”

In light of Alumni Weekend, a few alumni joined the march. Virginia Vick ‘17, said, “It’s incredibly encouraging to see such a large community coming together for common sense gun laws. Students, regardless of their age, should feel safe and comfortable in their learning spaces, and sensible gun regulation is pertinent to this mission.”

Another alum, Renée Fonseca ‘15, shared, “It’s really empowering to see Orlando fighting for gun safety as a city that truly knows the pain and the impact of mass gun violence. I look forward to all the supporters I saw today turning out in equal number to vote in November.”

Aside from Rollins participants, the event started with several speakers who voiced strong opinions against gun violence. Strong words were spoken against Marco Rubio, arming teachers with guns, and allowing military-grade assault rifles to civilians.

There was an emphasis on the power of young voices, especially with four high school and college-age speakers in attendance. Furthermore, hundreds of small children came out with their parents to hold signs in support of protection from gun violence, especially in schools.

Along with that theme, participants were encouraged to exercise their voting rights and vote lawmakers who were not making changes to gun laws out of office, specifically those who still receive funding from the NRA. “Sen. Rubio: Vote 4 Kids, not NRA” was the banner on the back of a small plane flying above the march.