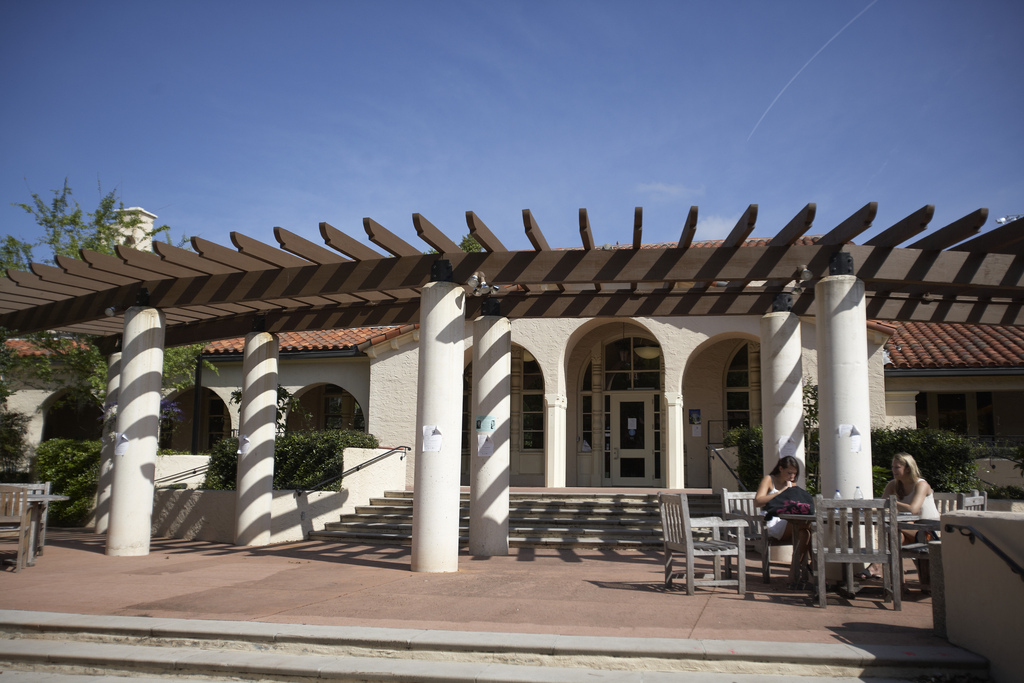 Rollins says goodbye to the bookstore 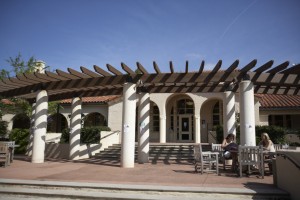 A couple of weeks ago our campus was hit by surprising news: the bookstore will close. Rollins will terminate its current contract with Follett, all books will be purchased online, the spirit shop will be relocated, and the Diane’s Café space will become a catering kitchen.

The changes to the bookstore area will begin fall 2016. The Rollins staff that will oversee the changes is already welcoming the community into the discussion about the changes. An open meeting about them occurred on April 3.
“We have asked Follett to present us with options, but their disappointing lack of response has led us to not renew their contract after 2016,” said Pat Schoknecht, assistant vice president/CIO of business services at Rollins College. Schoknecht, responsible for supervising the bookstore changes, also oversees Rollins’ contract with Follett and the Sodexo operation on campus.
The ongoing bookstore issues derive from rising prices and from the decreasing number of book copies Follett offers each semester. Many students already resort to online sales; therefore, Rollins has decided to move all book sales to the virtual realm.
The current spirit shop will be moved to Cornell Campus Center, and the bookstore space will be used for the Rice Family Events Center, with a storage room in the basement and a catering kitchen where Diane’s is currently located. The Bush Café will be renamed Diane’s Café.
Currently, Rollins relies on $100,000 in book sales each year. This amount is expected to be replaced with the return of 330 Winter Park Plaza to retail leasing, with a percentage of the profit of online book sales, and with the rental of the new events center for independent events.
However, the change students are most uncomfortable with does not relate to the book sales or the bookstore’s relocation. It is the alterations to Diane’s Cafe that students are finding more hard to accept.
“I do agree with the book sales changes, but I will feel devastated because I really do like Diane’s,” said Stone Flores ‘18. Like many others students, Flores is disappointed with the loss of the space where Diane’s currently operates. Since the space will become a catering kitchen, some students will have to resort to other on-campus venues for their morning coffees and quick meals.
Schoknecht is aware of the issues and has plans to ease the transition. The backdoor to the Bookmark Cafe has already been opened to facilitate access to the venue. Plans also include increasing staff of other campus cafes, and the opening of Dave’s Down Under during the day. Effective next semester, the operations of Dave’s will also change at night. After its summer renovation, the space will offer wine and beer during specific hours of the night.
Although a good start, these compromises are still not enough for students like Kayla Salyer ‘17, A loyal customer of Diane’s. Salyer goes to the cafe every day for her morning coffee, and she regularly gets the Greek flatbread (only offered at Diane’s) for lunch.
“Diane’s is the only actual cafe on campus. All the others are in academic buildings, such as the library and Bush. I like Diane’s because I feel like it is the only cafe I can actually hang out and relax at. And the coffee there is the best,” said Salyer.
Despite the controversy regarding Diane’s, Schoknecht is confident the changes are for the best. The new Rice Family Events Center, for instance, will be able to hold events like student fairs and career expos, which were previously restricted to spaces such as the gymnasium. She also believes that by starting this conversation early, with an entire academic year before the most dramatic changes start, students will be able to voice their concerns about the transition process.
“Since the changes are only happening in 2016, we have time to discuss the changes and hear from the students,” said Schoknecht.
On the other hand, the transition to the online book purchasing system does not alarm students. Quinn Gorman ‘16 has already made the shift to online sales.
“I completely agree with books being online,” said Gorman. “I have never bought a book in the bookstore since that year as well. Online is much cheaper.”
Online appears to be the preferred option by most students. Schoknecht has received mixed responses from the faculty, but she expects them to be helpful in overall transition. Many professors already instruct their students to purchase their material online to save money.
These changes will result from the combined efforts of staff, faculty, students, and the whole Rollins community. The final outcome of this transition will only be seen after 2016, but the preparations for it start now.