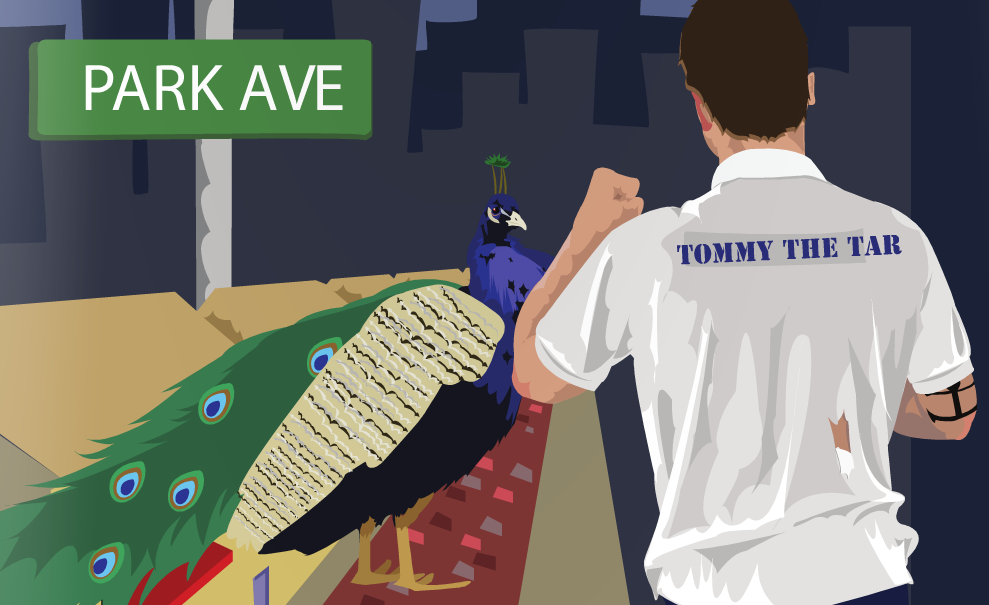 On the City of Winter Park’s homepage, they state that their community’s vision is to “be the best place to live, work, and play in Florida for today’s residents and future generations to come,” but how does the existence of a notorious party school, like Rollins College, at the epicenter of this city’s social sphere affect that high expectation for quality of life? Are crushed beer cans haphazardly discarded in bushes or smashed bottles on sidewalks as drunken post-adolescents run rampant on Park Avenue -inhibiting Winter Park from being the city it so desires to be? The bottom line here being are we – Rollins College – welcomed as citizens to the city, or do we impose on its residents? An investigation into this matter brought to surface the truth about this relationship between the City of Winter Park and our small liberal arts school.

My curiosity was sparked when, in research of a separate and unrelated topic, I sat down to speak with Director of Campus Safety, Ken Miller. We were discussing the various places in which students are permitted (or simply choose) to park. When spit-balling about future solutions that have been a part of the on-going on-campus parking problem conversation, it was brought to my attention that Rollins is not exactly as small as it appears.

In fact, we own a surprising amount of property here in Winter Park. Restaurants frequented by students and faculty of the college – such as Pita Pit, Ethos, what was Shipyard, etc. – could, in a technical sense, be considered an extension of our campus. These small businesses are run in buildings leased to them by Rollins.

This got me wondering exactly how much of Winter Park we are, in theory, overlords of. An electronic interview with the Communications Director for the City of Winter park, Clarissa Howard, provided an answer: the college owns 58 parcels of land. If you are confused about what a “parcel” is (as I was), it’s defined as “an extended area of land”, i.e. a plot. This makes Rollins College the second highest taxpayer in the City of Winter Park – which is why I chose to examine the relationship between our institute with respect to where it resides. Are we a monopolizing, overbearing empire in tyranny, or simply savvy businessmen?

As a reporter, you’re always after that “scoop”, the juicy dirt that makes readers reel, squint, and sigh, though, to always read on. But I come to you today feeling as though I have failed this audience in my investigative skills. The truth of the matter is that Rollins College gets on quite swimmingly with the administrative staff of Winter Park. I thought for sure there would be endless reports of dastardly deeds committed by past and present miscreant members of the Rollins community. I thought intoxication inspired incidents would have resulted in an uncomfortable rift between the little city and our “party school”. Fortunately as a whole but unfortunately for this reporter, it turns out we are perfectly welcome where we are.

“Are we Rollins College welcomed as citizens to the city, or do we impose on its residents?

When asked, the Communications Rep. responded that Winter Park is “fortunate to have such a prestigious college call us home,” adding that the school is a “significant asset we are proud to have in our city.” Ms. Howard stated that there have been an inconsequentially low amount of complaints concerning students of the college over the years – any at all have pertained to noise levels that were quickly resolved. Probing further, we asked if there has ever been any one specific or especially noteworthy incident involving a member of the Rollins Community and a citizen(s) of Winter Park, to which the response was, “For historical notables, I believe your Rollins archive would be a great resource to find these noteworthy Rollins members.” Guess what turned up in the archives? Nothing. How drudgingly dull and monotonously mundane.

So, alas, there was no scandal to uncover. As itturns out, our school shares a symbiotic relationship with the city it stakes residency in. While that may not be the sultry, sizzling scoop this reporter was after, it is good news for our community. We may continue to enjoy an amiable relationship with the civilians and business owners of Winter Park – so long as the scholars of Rollins College can uphold such a first-class reputation as the one we have earned.