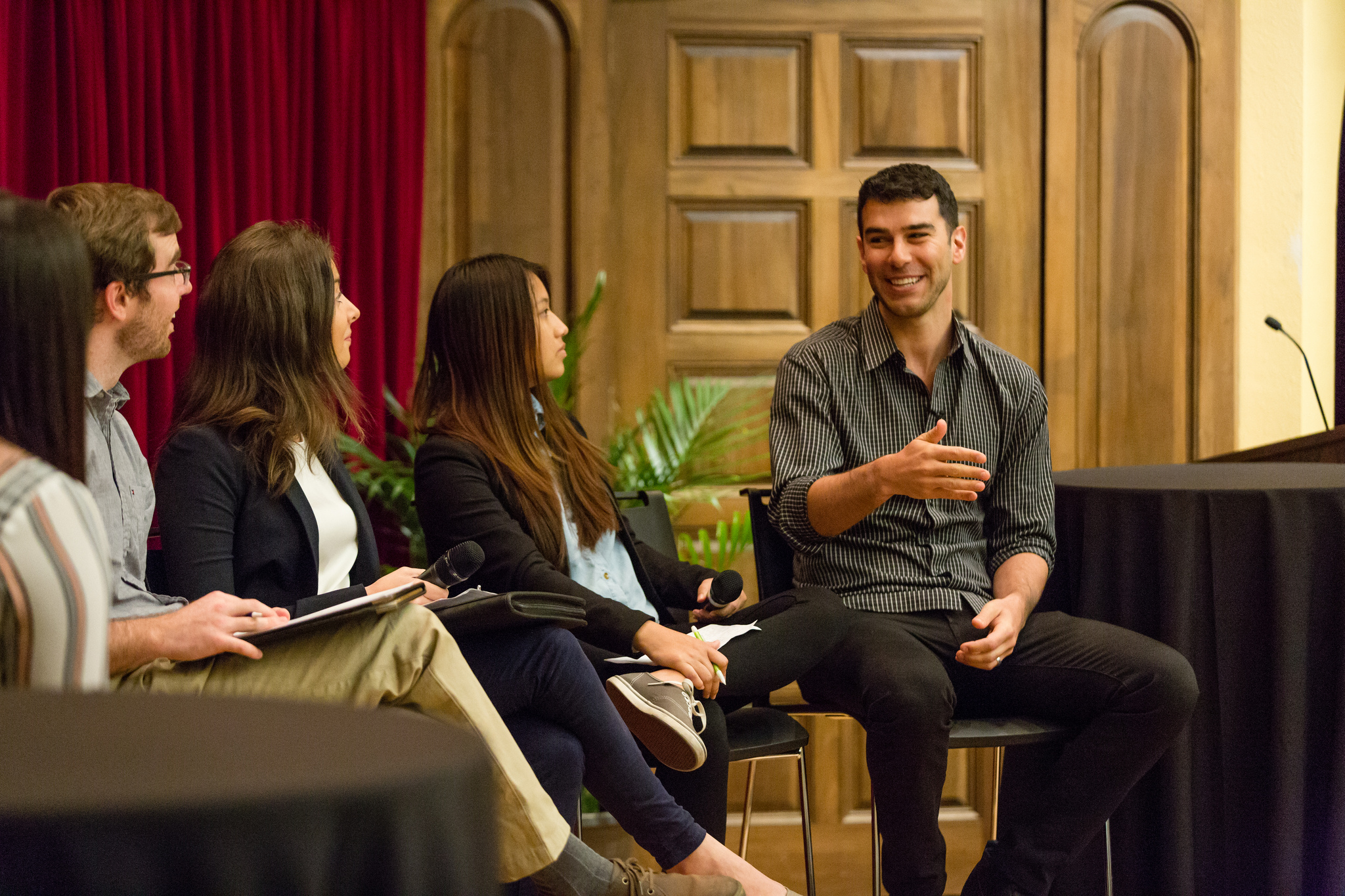 On April 5, the Winter Park Institute (WPI) hosted social entrepreneur, best-selling novelist, and philanthropist Adam Braun for a discussion on his most recent book The Promise of a Pencil: How an Ordinary Person can Create Extraordinary Change. The last WPI event of the season and the 70th in total, the talk was received by a packed Bush Auditorium.

The founder of Pencils of Promise—the award-winning organization which has broken ground on more than 300 schools around the world—Braun began his talk by discussing his background. Both of his parents are holocaust survivors; at an early age they instilled on him the values of education and wellbeing.

A Brown University graduate and former broker on Wall Street, Braun discussed how an exchange with a small Indian child during his Semester at Sea program changed his mindset. Braun asked the boy “If you could have anything you wanted in this world, what would you want most?” to which the boy replied “A pencil”.

The incident profoundly affected Braun’s outlook on life; it motivated him to quit his job at Bane & Company and found Pencils of Promise.

Braun discussed how he started the organization at 25, with a $25 bank deposit and crowdfunding at grassroots events and parties. He also created the “for-purpose” approach, a framework to help companies and organizations succeed. Since its founding in 2008, Pencils of Promise has created more than 300 schools and helped educate more than 35,000 children in the developing world, from countries in multiple continents.

Braun then talked about some of the values and lessons he has learned as an entrepreneur. He presented his ‘Five Keys to Turn Ordinary into Extraordinary’, in which he teaches to value one’s obituary more than one’s resume, and to cherish the present of receiving/giving all of one’s presence.