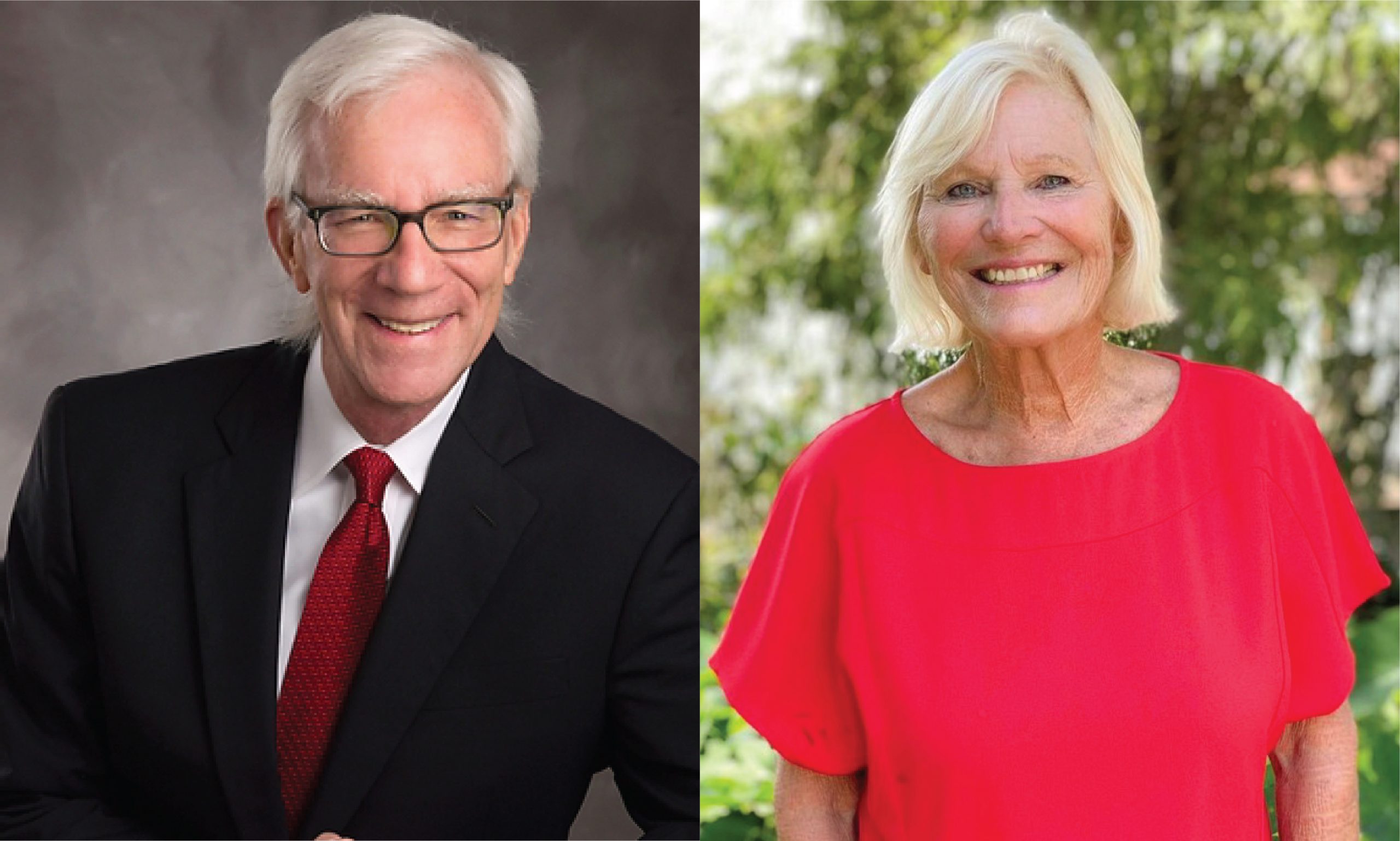 On Mar. 9, Winter Park and Rollins voters will be electing the city’s next Mayor. At stake are two competing visions for the city’s development.

Sarah Sprinkel (‘80) and Phil Anderson are familiar names to many Winter Park residents. Both served as former commissioners, Anderson from 2008-11 and Sprinkel from 2011-20.

However, their tenures were defined by distinct professional backgrounds. Anderson has a background in civil engineering and over 30 years experience in business management and real estate financial services.

Sprinkel has over 30 years experience working in Orange County Public Schools, and, after retiring, helped to develop child development and educational resources for children and students in Florida.

In the last year, residents have grown increasingly divided in their advocacy either for or against new development projects. Neither candidate has aligned themselves as pro or anti-development.

Sprinkel said that her approach is to consider whether potential development is “the very best thing” at a given time and believes in putting safety first for residents. For instance, she supported the controversial Orange Avenue Overlay plan as a way to curb high rates of accidents normally seen in that area.

By contrast, Anderson said his approach to development is guided by “what residents want to see,” which he understands to be “modest growth” in line with maintaining the city’s charm and scale. His commitment was recently seen through his rejection of Henderson Hotel development plans.

Developing the hotel would have required a rezoning of the Lake Killarney neighborhood, despite an earlier agreement by the city against such changes. Anderson argued against allowing the hotel to proceed as is and, eventually, the developers withdrew their plans.

Both candidates spoke about the importance of a strong relationship between the city and Rollins.

Sprinkle (‘80), an alumni, said that the “city is better” because of the college, and she is unconcerned about the foreseeable pace of growth of the campus.

Anderson supports modernization of the campus; however, he understands the community’s concerns.

“I think when [Rollins] starts spilling out into the business corridor, that’s really where the tension comes,” said Anderson. “I think we have to start paying attention to what other best practices might be.”

Both Sprinkle and Anderson affirmed their commitment to overseeing a more diverse city government.

Sprinkel said she is committed to creating an Equality Board for the city, which would address city-wide equality.

“We will look at all areas of equality and do a better job,” said Sprinkel. “We need to be at the forefront of that.”

Anderson said that he believes the mayor sets the tone regarding diversity. “The biggest illustration of that tone is the recently approved [Charter Amendment 7]…which I spoke out for, which I endorsed,” said Anderson.

Charter Amendment 7 changed the way in which members of citizen advisory boards were picked, allowing the mayor and commissioners to have a role in the selection process.

Hannibal Square residents have been lobbying in recent years to amend the City Charter so that city commissioners will be elected by single member districts. The predominantly African-American community has been a focal point for gentrification, and many residents are concerned that they do not have a vocal advocate for their community on the city commission.

Neither Sprinkel nor Anderson have agreed to study the proposal to get a better sense of how it may impact city government and the community at large.

Sprinkel, however, agreed that the residents of Hannibal Square need to be heard more than they are now. Anderson advocates for a steady approach to investigate whether institutionalized problems of the past are still evident today.

Sprinkel supports tapping into the contingency fund, a reserve of money for unforeseen expenses, in order to support faltering Winter Park businesses. Sprinkel helped grow the fund to $17 million upon her leaving office last March.

Anderson, while similarly stressing the importance of small business relief, discussed the importance of restoring Winter Park’s brand as a destination for visitors amidst the pandemic. Looking to the post-COVID-19 future, he said that the city should invest more in educational, healthcare, financial, and governmental services–industries he believes will uplift communities from economic crises.

The candidates have differing views on what they want their first year to look like if they take office.

“[It] would be a city that this time next year felt more together than it has felt in many, many years,” said Sprinkel. “The city needs a mother…one of the strengths that I feel I bring to this role is being able to bring people together.”

Sprinkel also emphasized the importance of making sure that the community caters to the wellbeing of children and families.

Anderson, by contrast, looks to the future redevelopment of Winter Park. He wants to oversee the city’s increased investment in infrastructure, which is needed to attract and retain businesses in the stabilizing industries of education, healthcare, financial, and government services.

“To be a 21st century leader in education and financial services, you better have amazing bandwidth through people’s homes and businesses,” Anderson said.

Sprinkel said, “I will always be around; I will be there whenever I am allowed to be back on campus, and I will hear whatever it is students have to say, because for me, the openness we have in this community needs to be a big part of our future. The students at Rollins need to be a part of that– how they think, how they feel.”

Anderson said, “I think students at Rollins College want the same thing that the residents here in Winter Park want. They want to come back in 40 or 50 years, visit their alma mater and say, ‘Wow, it is so with the times, and yet it is also timeless’…and that it’s like coming home.”

Rollins students can head to the polls on Tuesday, March 9 at the Azalea Lane Recreation Center. Early voting will be held at the Orange County Supervisor of Elections’ Office and runs Monday, March 1, 2021 through Friday, March 5, 2021, 8 a.m. – 5 p.m.