SGA and Title IX unite to stand against sexual assault 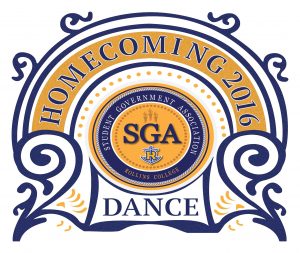 Sexual Assault Awareness Month began in April. For the past two years, this month has kicked off with the Rally Against Violence, or Day of Action, as NSVRC calls it. The Student Government Association president and the Title IX Coordinator come together to educate the student body on ways to be proactive bystanders. Oriana Jimenez, Rollins’ Title IX coordinator, believes that being a proactive bystander means being someone who will step into a situation in order to prevent a person from being sexually assaulted. Other actions promoted by the Day of Action’s educational activities include discouraging victim-blaming, encouraging people to step up to say or do something when they see inappropriate behavior, and aiding in the education of peers on the importance of having a voice in fraught situations.

Sexual Assault Awareness Month began in the late 1970s in England when women began to protest the violence they had been experiencing on the streets.

As word of this upheaval began to spread, women across the globe, including women in New York City and San Francisco, started taking action. It was only recently in the 2010s when sexual assault awareness began circulating through college campuses here in America.

The focus of these past few years has been on prevention of sexual assault and how to be an advocate for reducing violence against women. This year’s primary concern seems to be making it possible for those who are unsure of how to make change see the oportunities for activism around them. NSVRC put together a toolkit for groups to use and share to make small impacts around them. Conversations targeted Greek communities, faith organizations, coaches, survivors, parents, and the rest of the community members to help become active bystanders. They specifically focused on engaging individuals and sharing facts online because of social media’s vast influence on everyday life.

Here at Rollins, Title IX works alongside different campus organizations within Greek Life and various faith organizations. Sexual Assault Awareness month is a “lite” version of Title IX training; it allows all students to get basic knowledge about sexual violence and pledge to speak up for victims.

Sexual Assault Awareness month is a reminder that intervening does not always equate to putting oneself in jeopardy, but does require allies to know the signs of sexual violence and how to properly intervene if another is in a dangerous situation. The type of situation determines how the bystander should intervene.

Sexual Assault Awareness month is not just directed at students, either; there are strict regulations in place to help the administration and faculty at colleges and universities protect students. These include educating students about social norms that facilitate violence and providing opportunities to strengthen and support the voices of victims including women and children.

Preventing sexual assault at Rollins is a campus-wide responsibility because one sexual assault is too many. April should be a reminder of the need for the entire community to take a stand.