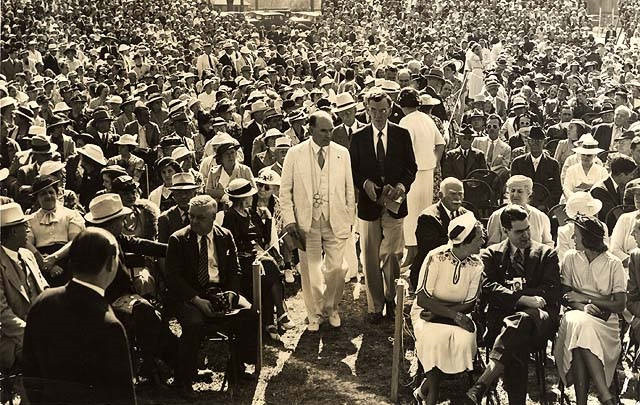 As a college that hosts the top debate team in the nation, it seems only fitting that the Rollins’ 2016 Summit on Transformative Learning would hold a debate as its first event. The question of free speech versus more racially sensitive speech epitomizes a pertinent discussion presently taking place in universities across the nation, and Rollins College is no exception.

If as Rollins students, we really strive to become global citizens, we cannot shield ourselves from some of the most controversial issues our country now faces despite discomfort.  After all, restraints on free speech serve as a catalyst for ignorance, not protection.  As students, we often find ourselves asking the hard questions, but when does free speech become an impediment to scholarship?

“The real problem is hate speech, not free speech,” said Dr. Bolsack, who along with student, Josh Brown ‘18, argued for colleges to employ speech codes that would act as a safeguard by means of discipline and potential expulsion of repeat offenders.

Speech codes would shield victims against verbal attacks against their personal identity, by leaving them more vulnerable to psychological effects of hate speech outside of the safe context of university life.

“I’m sorry, but when you leave Rollins’ walls you are going to be offended.  If we remove people for offenses, we won’t be able to get rid of racism or reeducate them,” said Kolten Ellis ‘16, who represented Side Opposition along with Dr. Eric Smaw.

The ambiguity of language and the subjectivity of interpretation mean that any restraints against free speech can also work against progress.

“How a speech might affect you is subjective, but feeling offense is objective,” continued Ellis.

“We should be warned of those who come to us with with ‘offense’ and ‘security’ dripping from their lips, as they put us in the position of waiting for the institution to take away our rights,” concurred Dr. Smaw.

“Society is made better by speaking, not by putting constraints on speech. Threats are already illegal.”

One could argue that offensive speech can stir people to action.

Martin Luther King Jr. offended the establishment in countless ways with his messages of love, peace, and equality. In another time and another place, he too had been condemned as a “troublemaker” and “instigator,” though we now hail him as a hero who demanded progress for victims of widespread racism and injustice.

Without “instigators” like Dr. King Jr., we might still be living in a country fueled by hate and physical segregation, rather than debating the institutionalized establishment of racially sensitive speech.

Side Opposition won the debate by arguing for the re-education rather than the discipline of offenders.

Dr. Smaw concluded that the school has a “fiduciary duty to teach students to act in concert to social roles.”

By giving those who use potentially offensive language an open forum where they can justify the use of their language, Dr. Smaw suggested that Rollins College would be encouraging an “exchange of ideas fundamental for liberal education and global citizenship.  If a person fails to convince us that the language is acceptable, they can still say it, just as we [can] ignore [them].”