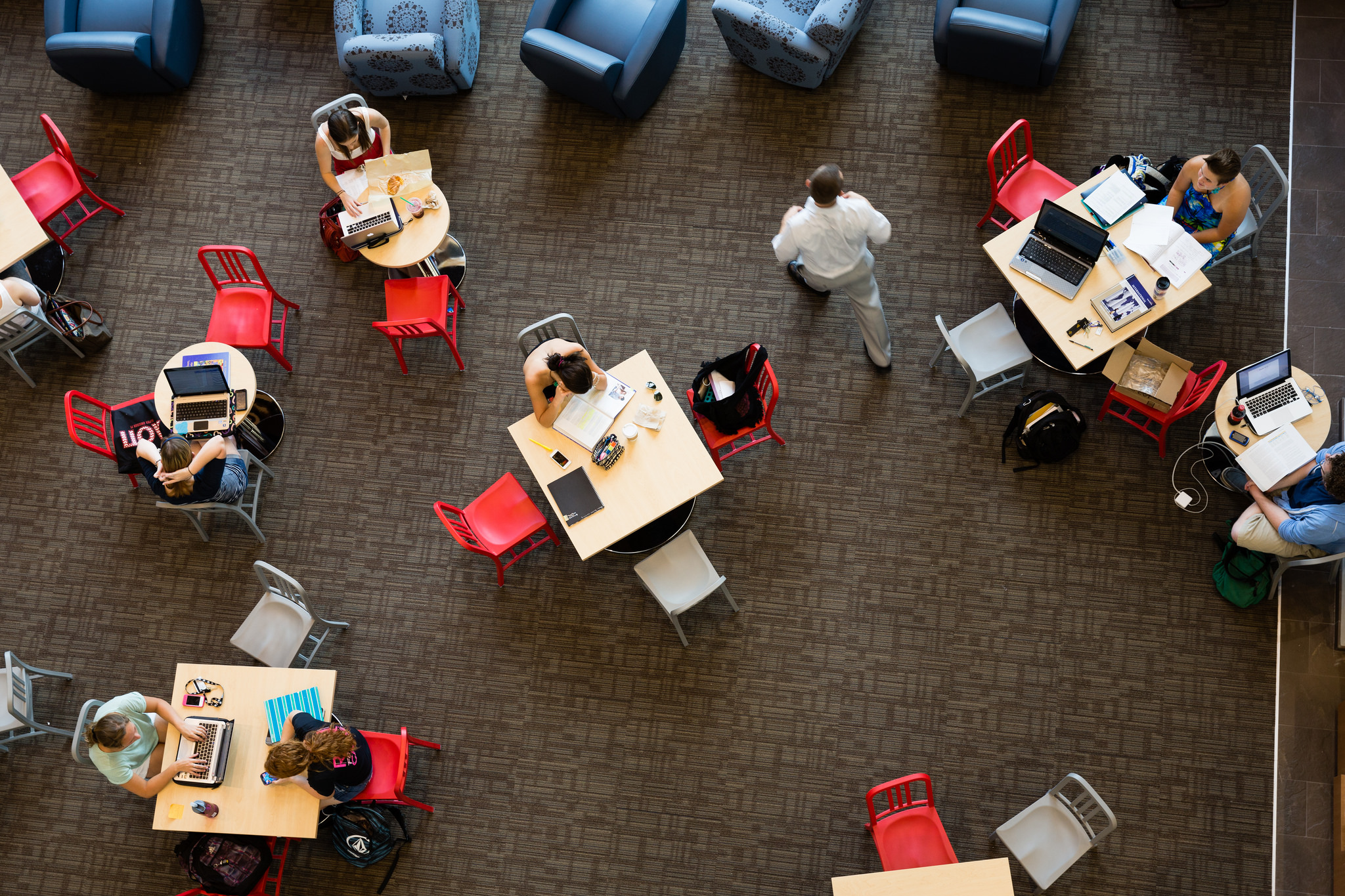 “Stuck” on campus: or were they?

Sleeping on the floor never sounded so good! Well, it still has limits but for sure I cannot complain.

When I packed up from Italy a few weeks ago to get here, I thought I was coming to the Sunshine state. As it turns out, we all have good days and bad.

Never having been through a hurricane before, I clearly did not know what to expect. I was somewhat worried at first, but when I started getting texts from people back home that I had not talked to in years, it clearly made me think that I might as well have gone to war. With that being said, my parents were the only two who were not worried at all. I do not know if that is because this was their chance to get rid of me for a little bit or because they were so far away that they could not do anything so they tried to sound calm to keep me from worrying.

Staying at Rollins during the hurricane itself was a choice that came gradually. I thought about booking a flight anywhere but the week flew by too fast for me to even realize that it was already Friday and every flight was already booked. One thing was sure: I was not going to risk getting stuck in traffic lines on the highway or train stations and staying there by myself, so the Rollins shelter was my safest bet. To be clear, Rollins was not my last choice; I simply wanted to explore my options before I committed to any situation, because like we all know, my decision could mean serious consequences.

So there I was on Sunday morning up and ready, my bags full of things that have personal value to me like pictures, hand-written notes from friends, and anything that had a little bit of who I am attached to it. I chose a spot in Bush and began exploring the place we would call home for the following days, though we were not sure how many yet.

I laid down and rested for awhile, until I woke up and found President Cornwell and his lovely wife and dog in front of me with a batch of freshly baked cookies. Although that was really sweet, it was not one of my best moments given that I was still half asleep. Apologies, Mr. President!

My serenity would come and go every now and then, not because I distrusted the job that every staff member was doing but because the fear of the unknown would sometimes get the best of me. This feeling peaked when we had to immediately go to the auditorium because of a tornado warning. Late that night when the hurricane was at its peak, I kept staring out the big glass windows of the Bush Science Center with my fellow students who, just like me, were shocked and amazed by the incredible forces that were upon us.

It felt great to be dry on the inside of those windows with all those committed and gracious staff members who were there for us and with us. They did their best to keep us entertained and happy. This included warm food, drinks, movies, and NFL Sunday games.

If I had the possibility to go anywhere in the world during the hurricane, there would not have been a place that would have treated us as well as the Rollins shelter. Having said that, I am excited to sleep in my own bed again!

I spent my weekend surviving the hurricane in the Bush Science Center (aka Hotel Bush). During my stay there, I felt safe and well informed. I did not even regret my decision to stay on campus until I heard that classes were going to be canceled for the whole week of September 11.

Although we experienced intense rainfall and howling winds, we did not lose power. Personally, I found it a bit underwhelming for my first hurricane experience. I was expecting more excitement, seeing lightning or hearing the trees sway and snap.

The highest point of drama was some flooding on the first floor of Bush around 11 p.m. on Sunday night. Rainwater leaked into the Bush atrium through the floor-to-ceiling windows and the glass-door entrance behind the café. Campus Safety handled it completely and calmly. Later on, when the eye of Irma passed over around 2 a.m. on Monday morning, I slept through it.

A lot of people actually seemed unfazed by it all. Students managed to use the time very productively for work. In addition to these peaceful moments, there was also Quiplash going on, a brief freestyle rapping session, and the live action Beauty and the Beast was shown in the auditorium. On the second day, there was even a Harry Potter marathon.

There were around 230 people in the shelter. The majority were students, but there were also a few faculty and staff members. Even President Cornwell and his wife, Peg, made appearances. They made rounds with their adorable 6-month-old dog, Sailor, and some homemade chocolate chip cookies!

The only low point came Monday afternoon when President Cornwell came to the Shelter Meeting in Bush Auditorium to announce that classes had been canceled until the following Monday. At that moment, the faces of the international students, out-of-state, and even local students alike were full of shock and disappointment. The instant rush of “What?!” was understood by everyone in the same situation to mean, “I could have gone home for an entire week and a half?” The cancellations were a sneaky move that only Irma could predict. It got most of us heated for the afternoon as we rushed to look up flight prices to spend a solid four to five days at home, only to find that most of the flights leaving Orlando were sold out anyway.

We understood that we were lucky in our situation of extremely minimal destruction, but we could not help but be jealous of the students that had gotten to go home for the week. Social media was overflowing with “Irma made me do it” captions as well as pictures of smiling classmates visiting their friends’ colleges, giving their family members extra hugs, and even going to New York Fashion Week shows. Of course, I did not blame the school in this decision since they had no way of knowing what the consequences of the storm would be. However, I was still envious of the 50% of students (more or less) who got to flee Florida and get a vacation of about a week and a half. As an occasionally bitter out-of-state student, I had calculated all of the friends’ colleges I could have visited in that amount of time.

Yet besides that plot twist at the end, I did enjoy my time in Bush. My favorite spot of the weekend was a corner study space outside of Dr. Yellen’s office on the third floor, where the students were friendly and their use of essential oils was a complete pro-tip for keeping the air smelling good. And my favorite moments were getting to catch up on movies! I watched Under an Arctic Sky, a documentary by cold-water surfer and landscape photographer Chris Burkard (a long time Instagram inspiration of mine), and then later I watched Vampire Academy with my sister and friend in our own corner of Bush.

I would definitely stay in Hotel Bush again. I 100% appreciated the attitude of the staff and students staying in Bush. The morale was medium to high all throughout the stay. My only recommendation is that you make sure you bring an air mattress, or even your mattress topper from your dorm room bed. If you do not have anything, it will most likely be brutal.

All in all, after spending 52 hours there, I’ll never be able to look at Bush the same way again.