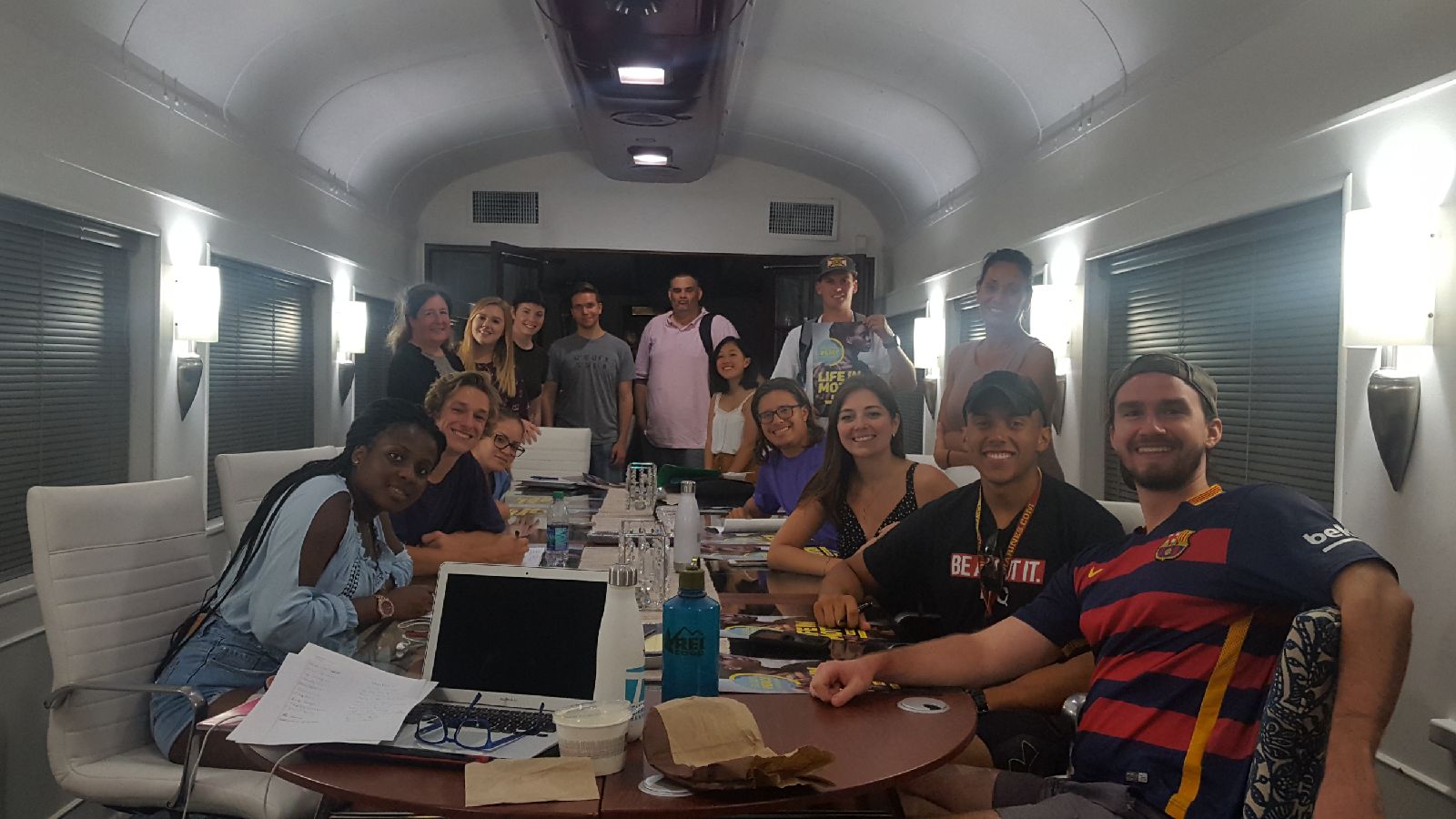 For the 13th year in a row, Rollins will be a central part of the Global Peace Film Festival, but it continues with one unique contribution: a classroom full of student producers.

The festival kicks off Sept. 17 and ends on Sept. 23. Showings located at Rollins begin on Sept. 19, with screenings at Bush Auditorium, Suntrust Auditorium, Cornell Fine Arts Museum, and the Winter Park Library. Admission to on-campus films are free for Rollins students.

Behind the scenes, the festival’s marketing team, ambassadors, and event organizers are all Rollins students taking “Critical Media and Cultural Studies (CMC) 310: Media, Peace, and Justice.”

The students are considered equal partners with the festival, which is integrated into the course curriculum. Each student adopts a film that will be screened at the festival and centers their marketing and research around its main topic.

“They’re charged with marketing that film and trying to bring audiences… you have a dialogue with people who are at the film, you learn something from what the filmmakers are trying to do,” said Dr. Denise Cummings, associate professor of CMC.

In the long run, the festival is a jumping-off point for discussion that may spark participation and active engagement in the community.

The goals of the film festival stretch beyond spreading awareness of global issues, seeking to encourage active participation and  involvement, with the films acting as catalysts. After all, the festival’s tagline is, “It starts here.”

“The films are celebrated, they’re important, but it’s about what happens after… the credits roll… what now can we do to promote advocacy and make a better world?” Cummings said.

During the time in which the festival has been at Rollins, a survey has been put out asking questions, such as “Did the film you saw change your opinion?” and “Did it make you want to do anything based on what you saw, and if so, what was that?”

Over 50 percent of respondents said, “Yes, the film changed their opinion.” The goal of the festival is not necessarily to change people’s minds, but to educate people on issues that affect more distant communities.

The festival’s origin dates back to 2003, shortly after 9/11 and the beginning of the Iraq War. During this time, issues regarding war were of particular salience, but the festival has since moved past the anti-war effort for a broader approach to global peace.

“Peace is conceived in a number of ways. The films could be about spirituality, art and creativity, health, education, crime and incarceration, the environment, so the films range,” Cummings said.

Every year, the festival coincides with the The International Day of Peace on Sept. 21, a holiday in which the United Nations encourages “strengthening the ideals of peace, both within and among all nations and peoples.”

There are many ways to coach students into being active participants in the community at Rollins. This integrated class is one of the opportunities available, but even engaging as an audience member can be just as important.

After the festival ends, the students will do more research on the film’s topics to find ways to create opportunities for real social change, often conversing with the directors themselves.

“It’s a two-way street because, once they’ve adopted the film their job is to promote the film, but by meeting the filmmaker, usually by phone or by email, they get more information… about why the filmmaker did it and issues relating to what it is that they’re working on that feeds into the work that they do after the festival,” said Streich.

Throughout Winter Park, local businesses have partnered to help with this initiative, often taking on an active role by meeting with filmmakers they support to find better opportunities for community involvement.

“There’s synergy between the engagement campaign of the film and what they’re doing locally… The partner is the person who can say ‘this is what you can do, come join us,’” Streich said.

The CMC class splits off into three groups that each tackle an integral part of putting on a professional film festival.

For many of the students, this is their first time working behind the scenes of a festival.

Huddled at a round table, the students focus heavily on making sure the festival gets enough publicity to attract large audiences. Part of the task is figuring out how to “connect with the media outlets, with The Sandspur, WPRK, ” Cummings said.

The first film of the festival will be shown at the Enzian Theater on Tuesday, Sept. 17.

The first film to be shown at Rollins is “Long Time Coming: A 1955 Baseball Story,” a documentary feature that will discuss one of the first integrated little leagues in the South, including conversations with Major League Baseball players like Hank Aaron. It will show at 7 p.m. on Wednesday, Sept. 19 in the Bush Auditorium and is free for all Rollins students with an R-card.