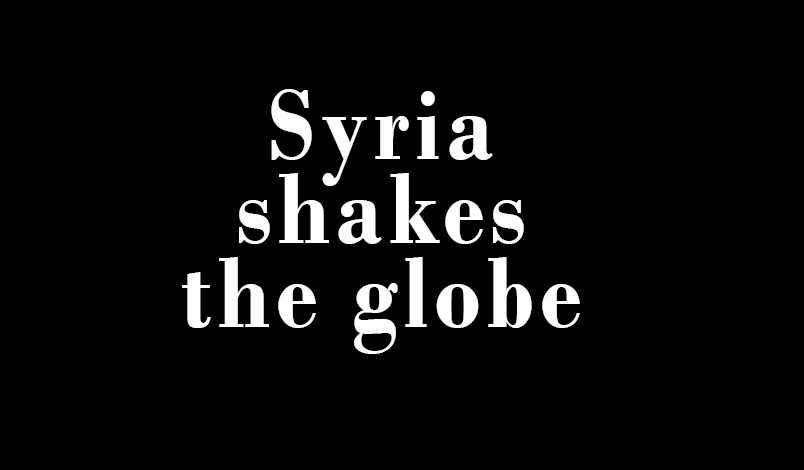 For more than two years, perpetual civil war in Syria has grown in intensity and scope. Last month, the use of chemical weapons by the Assad regime has sparked international concern, and the possibility of U.S. military intervention has become the subject of national debate.

Roughly two weeks ago, Secretary of State John Kerry announced that there was preliminary evidence indicating that the Syrian government, headed by President Bashar al-Assad, had used chemical weapons to kill more than 1,400 Syrians. Many of these victims were innocent men, women, and children. Kerry recommended that military action be taken against Syria to punish the Assad regime for using Sarin gas on its own people, an act in direct violation of the 1925 Geneva Protocol, which prohibits the use of chemical weapons in war. While Assad may dispute the definition of “war” in this circumstance, precedents established in Operation Desert Storm in Kuwait and Operation Iraqi Freedom in Iraq dictate that it is our prerogative to stop countries from using chemical weapons on innocent civilians. Unfortunately, due to faulty intelligence and lack of such weapons in Iraq, many are skeptical about attacking Syria, especially if it means falling into another lengthy war.

An important question people are asking is, “Why now? Why, after two years, has it been okay for the Syrian government to shoot their own people with bullets, but when chemical weapons are involved, we go into Commando Mode?” Six words: The red line has been crossed. Last year, President Obama made the following comment in regards to how the U.S. would respond if chemical weapons were used in Syria: “We have been very clear to the Assad regime but also to other players on the ground that a red line for us is, we start seeing a whole bunch of weapons moving around or being utilized.” Many have seen this quote as what has backed the President into a corner. He must now take action against Syria to avoid the perception that the US is not serious in its threats.

Why hasn’t Obama done anything to stop the violence in Syria before the findings of chemical weapons? Because the civil war in Syria is a benefit to the United States. At the moment, there is a battle going on against our most hated enemies. The unfortunate truth is that, in the interest of our foreign policy in the Middle East, it is best for us to allow this perpetual civil war to continue. It makes Bashar al-Assad too preoccupied with his country to cause trouble in the rest of the region, and gives the rebels a chance to embrace democracy and silence the extremist elements in their camp. Democracy is not a good that can be exported; it must be organically grown in the nation for it to be a success, and Syria is no exception.

So…why do I believe we should use missile strikes against Syria? 1. To punish Assad for thinking he can get away with the use of chemical weapons, causing him to immediately stop using them. 2. To support the good rebels (in a limited capacity) to continue fighting, and allow them more time to create the appropriate hegemony for democratic rule post-Assad. 3. Most importantly, to prevent the continued massacre of innocent civilians in Syria. In the end, if we can maintain and build upon the precedent that the use of chemical weapons is never acceptable, then we have done a great deed.

With Syrian ally Russia on the United Nations Security Council blocking the U.N. from intervening, and British Parliament voting against involvement in any attack on Syria, it’s up to the U.S. to do what we need to do, not what we want to do. As I write this on September 6th, a week seems a lifetime in the world of international politics. By the time you see this, God only knows what will have happened.

On August 21, Syria suffered an alleged chemical attack, the most recent event in the ongoing conflict between authoritarian President Bashar al-Assad’s regime and rebel forces that have plagued the country for approximately two and a half years. President Obama presented a plan for limited U.S military intervention, which has so far garnered support from the French and British Prime Minister David Cameron sans the support of Parliament, who vetoed intervention on Britain’s part. The attack is intended to diminish the capacity for possible future chemical weapon attacks on the Syrian people. On September 4, the Senate Committee passed the plan, surmounting the first hurdle on the road to action. But is this really our best option?

In the last few years, the United States military and its resources have been stretched so thin due to budget cuts that it’s struggling to take proper care of its troops. The U.S. should be sending humanitarian aid to help those 2 million refugees and 4.25 million Syrians who are currently displaced within their own country, not weapons to arm the rebels. Furthermore, the United Nations, not the U.S, should be stepping in as an international power and instituting economic sanctions. Indeed, the U.N. Security Council initially kiboshed the resolution to intervene when both China and Russia rejected it, but the matter needs to be strongly reconsidered at this juncture. The U.N. must remember their obligation as a global authority to the safety and well-being of its member states.